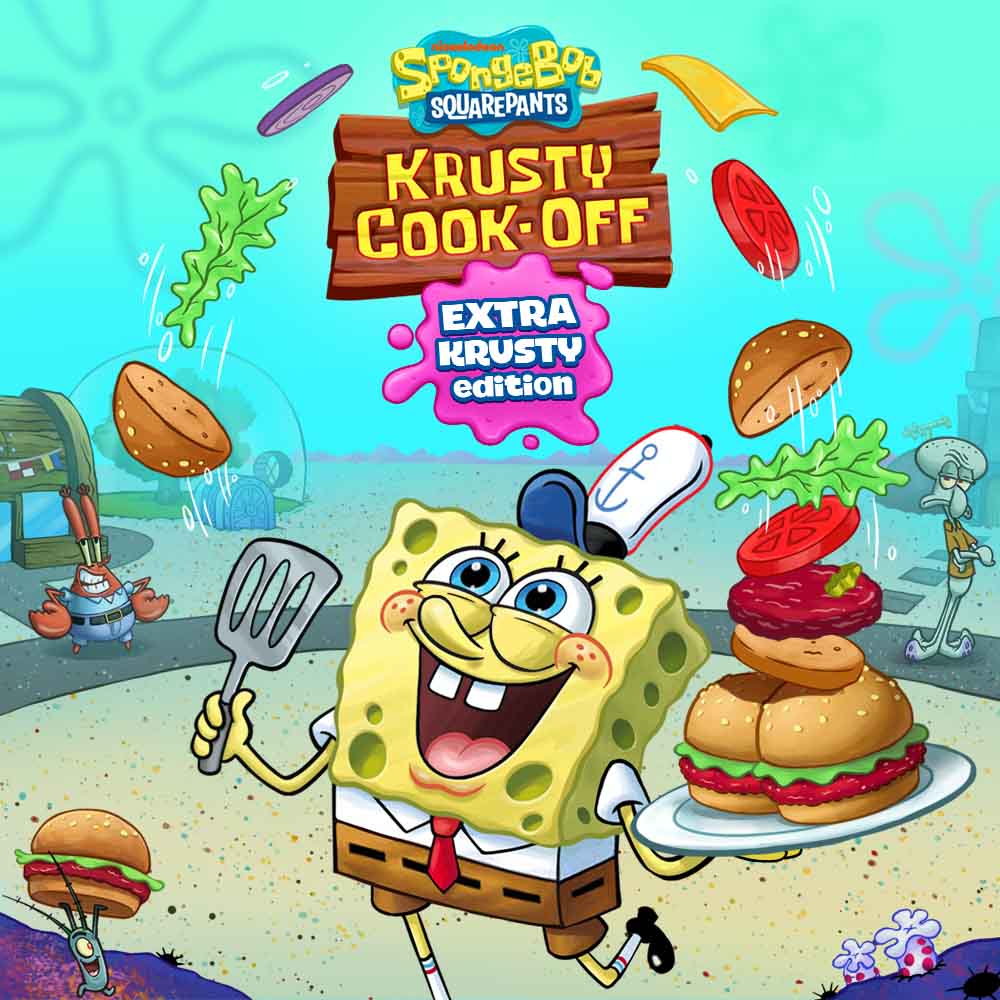 SpongeBob: Krusty Cook-Off is a cooking-sim game for the Nintendo Switch. You may have heard of it, since it’s also available on smartphone devices. Despite being a fun game at heart, those mobile origins are actually its biggest downfall.

Let’s start with the positives. It’s hard not to like SpongeBob. He may not be to everyone’s tastes, but this plucky undersea character is one happy chap. He’s a glass-is-half-full kinda guy, always smiling and making the most of life. That sentiment rings true in Krusty Cook-Off, with a colorful array of well-known characters from across Bikini Bottom. It looks and plays very much like an episode of the show, with a unique story that unfolds along the way.

Despite the cartoony visuals, one thing that disappointed me is the lack of audio from the series. The characters interact between levels with on-screen text describing their conversation. I don’t expect complete voiceovers—I’m sure that’s an expensive exercise—but couldn’t we have a laugh or some other sound from the characters to bring them to life a little more? As a fan of the show, this lack of audio cues actually distracted me from enjoying the dialogue to its fullest. 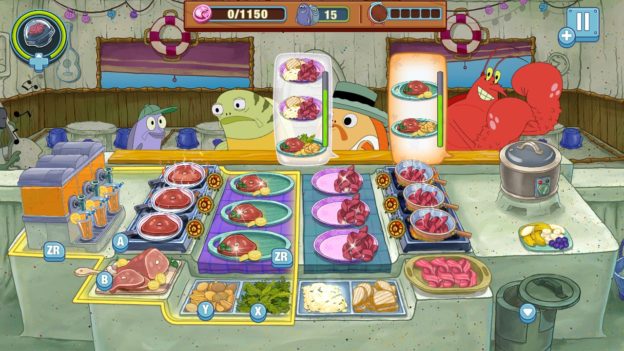 The story revolves around SpongeBob’s cooking prowess. As any true fan already knows, SpongeBob works as a fry cook at the Krusty Krab, flipping burgers for his cheapskate boss, Mr Krabs. In Krusty Cook-Off, SpongeBob is tasked with manning various food locales, starting with a pancake stand. There are three such venues to unlock, each comprising 30 levels. You can also revisit previous venues for extra levels after the fact, which is great for replayability.

Each new food stand begins with a few simple ingredients. You earn money as you progress, which allows you to upgrade your facilities in order to prepare more food at a faster pace. Things start to get complicated when more ingredients are added, like new toppings for your pancakes. It can get stressful in the later stages!

Each level has a specific task, like fulfilling a certain number of orders, earning a certain amount of money, or receiving only positive ratings from your customers, sometimes with a time limit imposed. It keeps the gameplay feeling somewhat fresh, although at the end of the day, it’s all about how fast you can prepare the food. 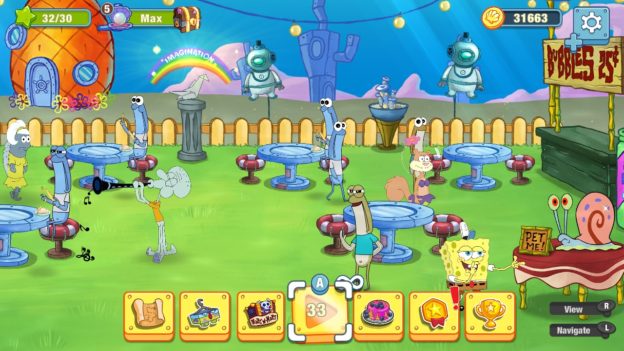 It’s an addictive premise, with a strong “just one more” vibe. Each level is so short and sweet that it’s easy to pass the time filling orders. It’s also fairly simple and, despite the different areas and types of food you’ll unlock along the way, the gameplay doesn’t really change.

Instead, each section of your cooking area is mapped to a button. It takes a little getting used to, especially when you change to a new food stand. There’s some furious flurrying of fingers in the harder levels as you strive to complete each order on time. It’s satisfying to complete, but I still think I’d prefer a touchscreen. 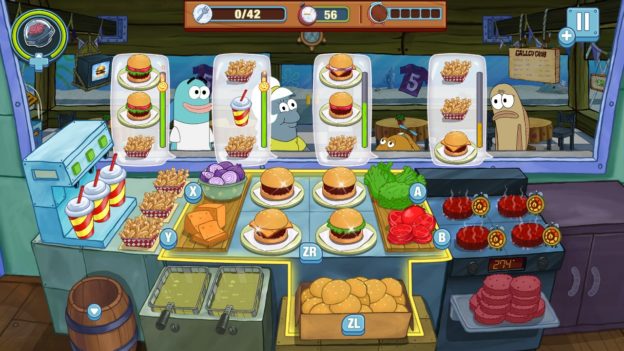 Finally, we do need to address the fact that SpongeBob: Krusty Cook-Off can be found on your local app store of choice for free, while the Nintendo Switch version is a whopping $30. Yikes. This is the game’s biggest letdown. Considering this is a port of a mobile game—and a free game at that—it’s hard to recommend this title to Switch owners unless you’re the most avid of fans.

Despite a fun premise overall, SpongeBob: Krusty Cook-Off is tough to recommend. Apart from its high price tag, it also lacks the touchscreen controls that made the original so fun. It’s missing some of the heart of the series, which could have been addressed with some simple audio cues. I actually enjoyed my time with this game, but it would be a better purchase if picked up on sale. A big sale.

Despite a fun premise overall, SpongeBob: Krusty Cook-Off is tough to recommend. Apart from its high price tag, it also lacks the touchscreen controls that made the original so fun. It’s missing some of the heart of the series, which could have been addressed with some simple audio cues. I actually enjoyed my time with this game, but it would be a better purchase if picked up on sale. A big sale.