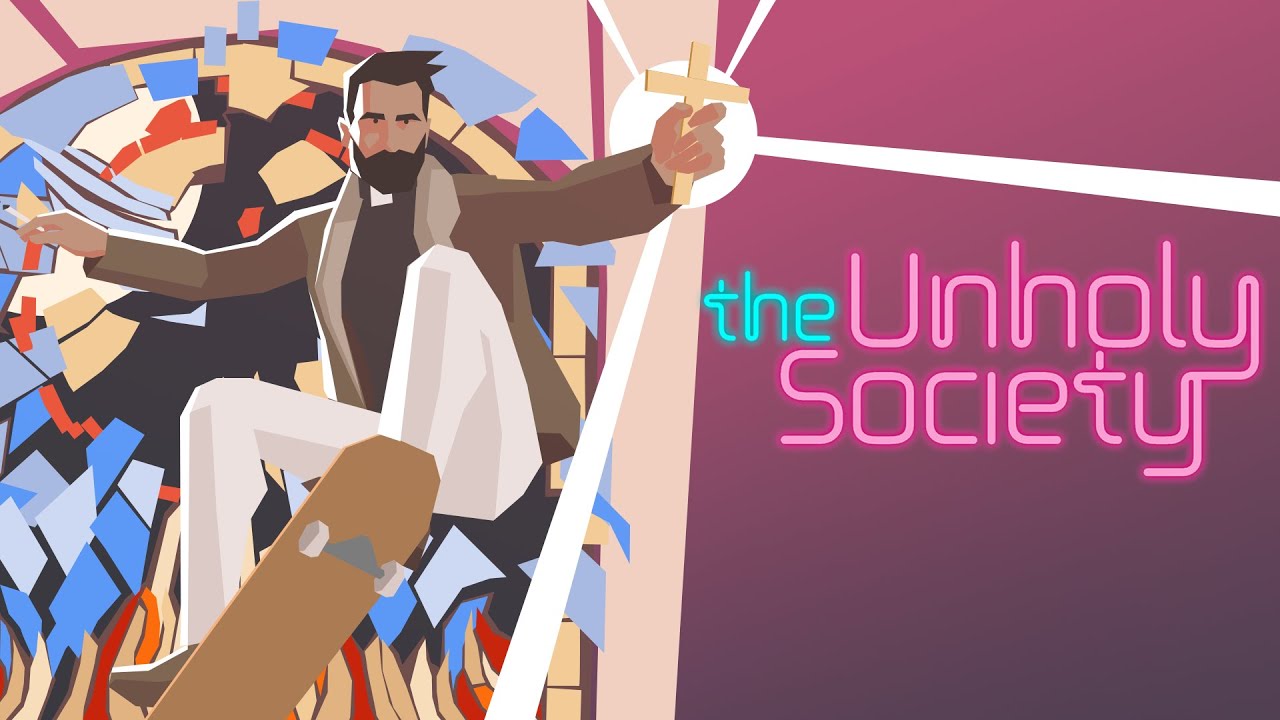 Exorcism and turned-based strategy sound like a match made in Heaven, but add a snarky priest in the mix and you have an interesting tale of intrigue. The Unholy Society is an interesting story-driven game with fun characters, an odd but addictive combat system, and a great animation style, despite not having a lot of gameplay variety.

The Unholy Society follows a questionably qualified priest named Bonaventura Horowitz, or Bon, who is called back to his hometown to officiate his sister’s wedding. During the ceremony, Bon suspects her husband to be a vampire, so he murders him to attempt to save her life. This leads our protagonist to go into hiding from the law and uncover who tricked him into killing this man. I found this story to be a great twist on an overdone plotline. While short (and what appears to be just the first chapter in a grand adventure), I found this game to be the perfect length. 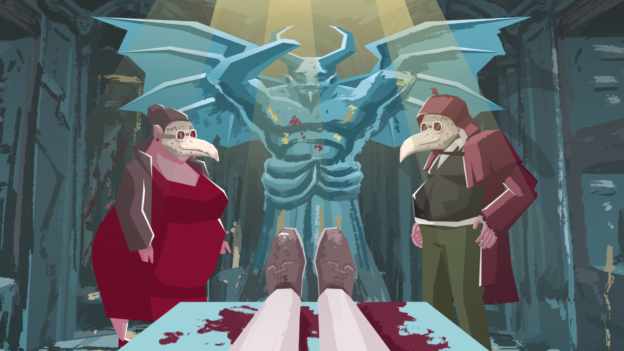 Combat is a basic turned-based system with a twist on how Bon will deliver attacks. What moves you can perform are determined by runes you find on the screen by using a special magnifying glass. The catch is that you have a limited amount of time to order these symbols to execute an attack. The downside is that when your enemy attacks they are always guaranteed to land a blow that can deal high damage. Despite that, this title does a good job of providing you with tools to lower damage and heal. I found that this provided a great back and forth in battles despite feeling like the odds were stacked against me.

Outside of combat, there’s not a lot going on. There are some elements of exploration and basic puzzle solving, such as finding an item to get to the next area or finding comic books. These are pretty easy to find and don’t require much thought from the player. Despite that, there is a feature that allows you to call the Pope, who will give you advice on what to do next, which was the only plus of the overworld exploration. 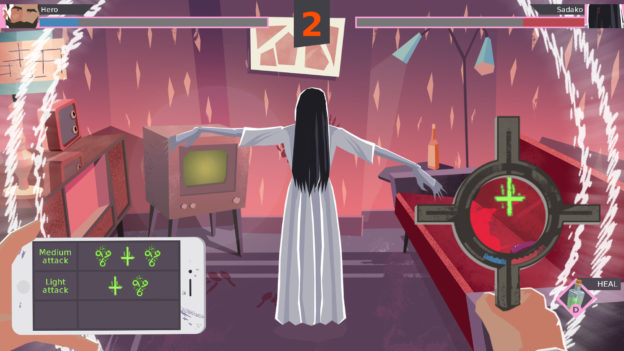 The animation is superb and reminds me of a ‘90s cartoon that has an ‘80s aesthetic. I found the flash style of animation mixed with vibrant colors and unique characters and enemies. I also found the stiff character animation befitting for this type of animation and story.

While a small part of a larger tale, The Unholy Society is a great way to spend an afternoon. With its fun combat, interesting story, and quirky animation, I found myself having a good time all around. My only complaint is that I would have liked just a little more time with these characters. While there’s not a lot of replay value, there is something here for someone just looking for a quick story to play through.

While short, The Unholy Society is a fun story-driven game that uses an odd protagonist to tell an interesting story. Mix that with unique combat and cartoony graphics, you have a fun title for an afternoon.