Time Recoil is a top-down shooter on the Nintendo Switch from developer and publisher 10Tons. You know the movies where the hero is dodging bullets in slow motion while killing every enemy in the room? Those scenes from Hollywood pretty much make up the gameplay of this title: battling through levels of slow-motion gunfights. You start as an unnamed female, who, through gameplay, we learn is named Alexa. She is broken out of prison via time travel by Bishop, who loses his life to do so. Alexa has powers that allow her to survive time travel. She will soon learn that the city of Paris has been destroyed by Mr. Time and she has been rescued to stop him. As the game progresses, you are tasked with stealing intel, killing enemies, or saving various scientists.

As the story is revealed, there are small plot twists along the way. During my time with the game, there were an uncountable number of deaths, on almost every level. No matter how often I failed, I never felt frustrated, discouraged or lost interest. I just wanted to try again and again using a slightly different strategy. Upon completion of a level, you open a wormhole to transfer back to base. Once a wormhole is open, you have 15 seconds to get into it so be careful where it is placed. 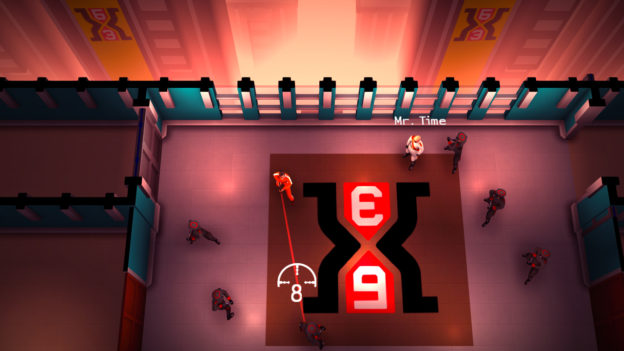 There are three difficulty levels: normal, hardcore, and murderous, with murderous obviously being for the more advanced player. There is also a Time Attack mode in which, each stage is unlocked as you complete it in Story Mode. There are achievements to earn as well, so the game does offer some replay value. 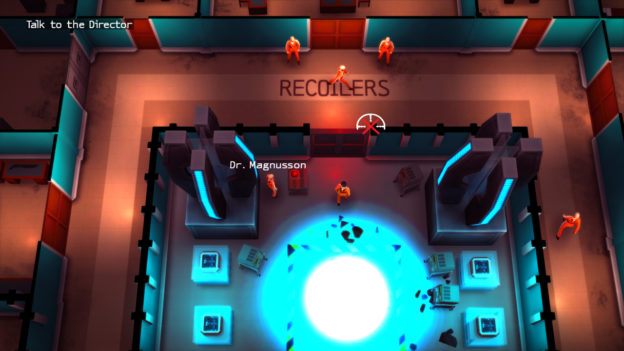 Not only is Alexa a force to be reckoned with when firing a gun, she also has the ability to manipulate time. As you advance through the game enemies are equipped with better armor and weapons. Killing an enemy will sometimes result in them dropping a weapon, though never armor. I was also disappointed when I killed an enemy with a grenade it was available to use as a weapon. The later levels have rocket launchers, so that kind of made up for it.

Killing an enemy gives you slow motion; the more you kill, the longer it will last. As you defeat enemies, you begin to earn special abilities. Abilities are gained for every two enemies killed before the time gauge runs out. Defeating two enemies will give you a “dash attack” that can be used to dash through enemies or thin walls.  At four, you earn “dash-blast,” which is a more powerful and wider version of the dash. When you reach six kills you get “psy-pulse,” an ability that works basically like a grenade, blowing up breakable areas and killing enemies. After eight, you gain time freeze. In time freeze, everything is basically still except Alexa. This allows for some interesting situations, like completing a level before the bullet reaches your enemy. 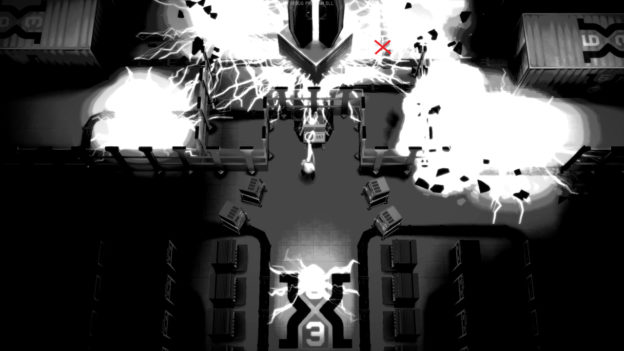 Time Recoil isn’t about hiding behind an obstacle and exchanging shots with your enemies. It’s about entering a room with guns blazing leaving your enemies for dead and using your time powers along the way. It offers an exciting challenge in gameplay with a story that is fairly interesting, however slightly confusing at times until things are revealed.

Time Recoil isn’t about hiding behind an obstacle and exchanging shots with your enemies. It’s about entering a room with guns blazing leaving your enemies for dead and using your time powers along the way.