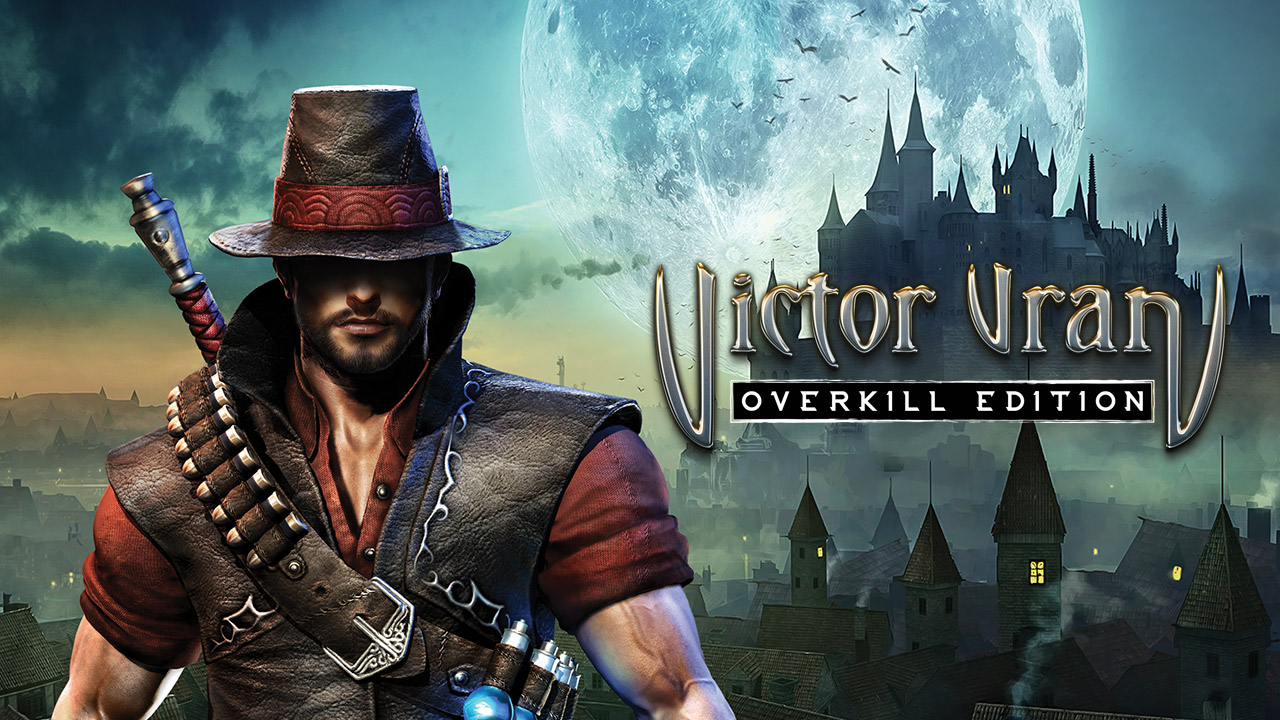 Within the first few minutes of playing Victor Vran Overkill Edition, I immediately had flashbacks to Diablo III for many reasons. The similarities are shown in the combat and world design, while lacking the character customization, menu simplicity,  and enemy types of its mainstream counterpart.

Victor Vran, like Diablo,  is an overhead action RPG, with massive waves of enemies, that is focused on hack and slash combat and gathering loot. There are several weapon types such as swords and hammers that have powers which are unique to the weapon class. this allows players to master certain play styles. Players will also be able to dominate with different demon powers which Victor can use to unleash powerful attack magic or different perks that provide shielding or regeneration skills. This setup makes everything easily accessible and perfect for pickup play. This ease of entrance makes it perfect for getting a few friends together and playing for a few hours.

While gameplay is a lot of fun, the menus are horrifically unfriendly to the player. My first issue is that you are forced to scroll through the items with the D-pad, because if you accidentally use the left stick, it will pick up the item in the slot as well. Another issue is that you can’t just hover over an equipped item to add it to your current layout, but instead you are forced to leaf through multiple tabs, find the item, and then you are able to equip your desired item. While minor, this one problem adds a lot of unnecessary time in menus that could be time actually playing.

I found the artwork of Victor Vran to be the Victorian equivalent of Titan Quest, from the dark dungeons to the destroyed villages. This atmosphere, while dark and brooding is just a counterweight for the witty protagonist, who in the heat of battle will always throw out a wisecrack about his predicament. I enjoyed how they decided to take the premise of a gritty environment and toss in the wit of someone like Victor.

Where this title runs at its weakest, is in the element of character customization. while you are playing as a set protagonist, skills and armor are confined to weaponry and your level. This means that a skill you like might be tied to a weapon that you are not good with, or it might be several hours of grinding before your perk will be a new set of armor. This, to me, ruins the main premise of this genre that fighting these massive hoards will be rewarded with bounties of new gear and armor sets to try.

My other issue that I had during my time playing through this title, is that there are not a lot of enemy types that I encountered on my adventures. While other dungeon crawlers have skeletons, bats, and the other generic dungeon villains, Victor Vran solely relies on variations of skeletons, wolves, magic essences, and vampires. While not terrible for a few hours, I found myself becoming annoyed with skeletons, which you are required to slay multiple times before they finally stop reviving. While this nuisance was something I could forgive if it was just the standard enemies, the issue lies with the mini-bosses are just larger versions of these guys that can summon even more. I wish that there could have been more variety as a way to give the gameplay a strategic element.

Despite its flaws, I had a lot of fun with Victor Vran, because at its core, there is a great action RPG, with solid combat, and a quick-witted protagonist. This is a must have for the Diablo III fan who needs something to hold them over until it finally comes out for Nintendo Switch this December.

Victor Vran Overkill Edition is a delightfully dark romp through dark and distorted Victorian areas, backed by a witty protagonist. While there is a lot of fun to be had, fighting the same enemies can get old in extended sessions, and menus can be hard to navigate.