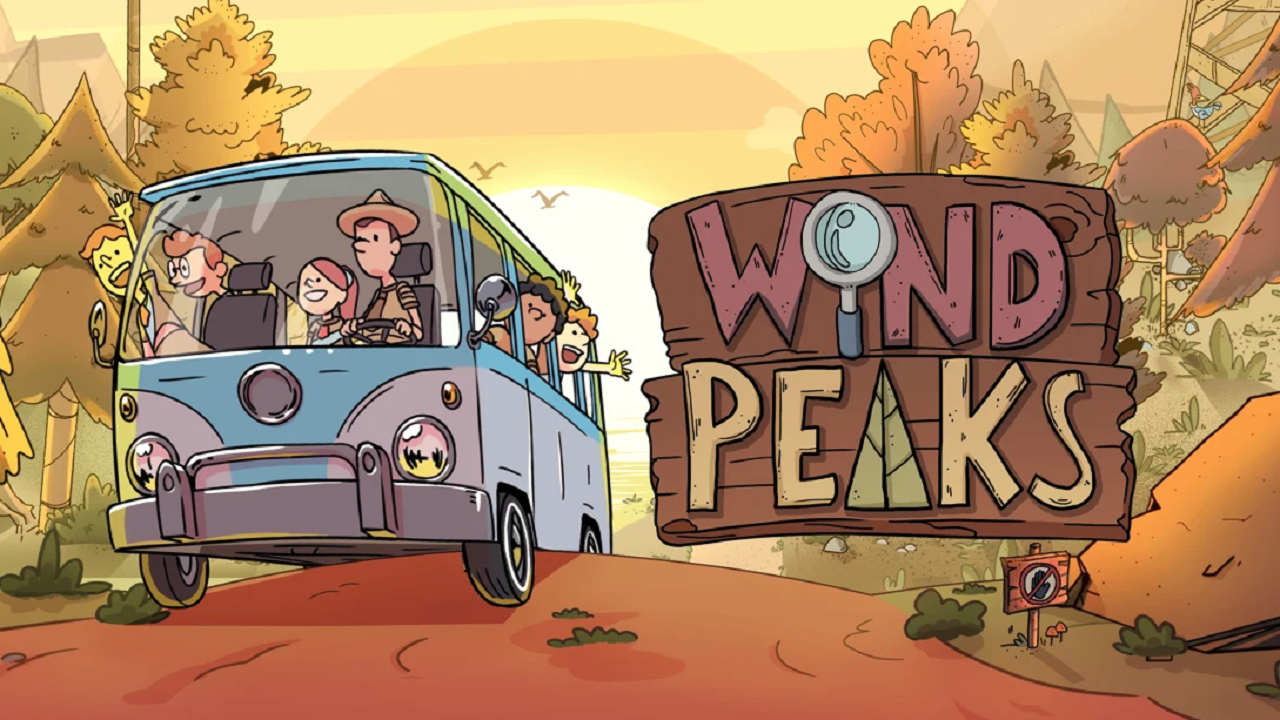 As someone who enjoys a Where’s Waldo-style Scavenger Hunt, Wind Peaks holds some definite appeal. But I feel it’s probably a bit too limited for its own good. What I hoped would be a great game wound up being just a decent one.

There’s not much plot in this adventure. “Guess the story,” Wind Peaks advertising invites, and cutscenes flesh it out a bit. In short, there’s a scout troop on a treasure hunt.

The 10 levels you’ll explore are sizable. This is a great thing…on paper. In execution, things could’ve been handled better. This game needs more items relative to the size of each level. The approach here is surprisingly conservative. The items you do need to find appear as small icons that can be hard to identify. There’s also the odd disingenuous bit, where they appear in different colors.

The conservative approach carries through in other ways. While the hand-drawn cartoony visuals are quite attractive, the levels tend to look very similar. The animation is also a little too subtle. Are we in Windy Peaks or Gentle Breeze Peaks? Musically, there seems to be more focus on environmental effects than soundtrack variety. Even then, some things you click on are oddly silent.

Add in a too-close zoomed-out view and shortage of characters outside your scout troop, and I found myself too often staring at similar empty screens. I wish the developers had gone whole-hog when designing this game. It even ends quicker than expected, with the ending setting up a sequel.

Now, with my disappointments out of the way, there’s still plenty to like here, for sure. The puzzles force you to think. These can involve finding certain items before others can be uncovered. Or, you may find items outside of your small list that can still be interacted with. This brings some welcomed variety to exploring without being used in excess.

I also feel like I should commend the hint system. At first, I wasn’t sure how it worked. But it’s set up in a superior way over many comparable games. Rather than just showing you where an item is, it starts a time-limit countdown. This prevents abuse and can also lead to satisfaction if you find the item with seconds to spare. Should the time expire, it will point you towards the area where said item lies.

More often than not, this family game has the right stuff. But I want more of it: more animations, more characters, more music, and most of all, more objects to find. Wind Peaks presents a tasty appetizer, but I’m hungry for a full course.

There’s certainly something to be said for a game that leaves me thinking about it and wanting more. Wind Peaks definitely grew on me. But, reaching the end after playing for just over three hours (and getting all achievements) is a tough pill to swallow for a $14.99 game. I hope the sequel plays it less conservatively.

There’s certainly something to be said for a game that leaves me thinking about it and wanting more. Wind Peaks definitely grew on me. But, reaching the end after playing for just over three hours (and getting all achievements) is a tough pill to swallow for a $14.99 game. I hope the sequel plays it less conservatively.