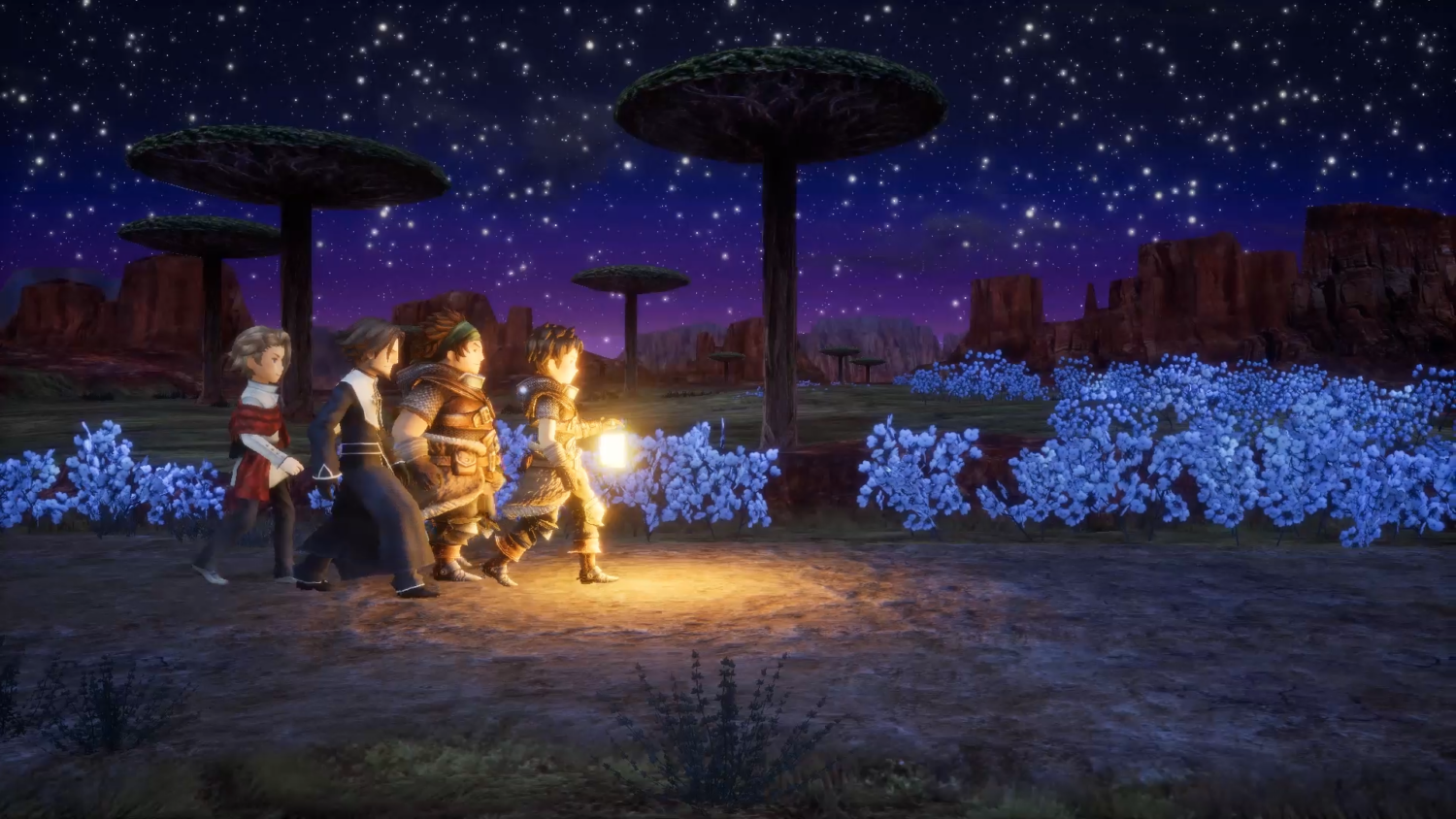 Square Enix featured so heavily in today’s Nintendo Direct that they may as well have had one all to themselves. Through new game reveals, updates on some previous announced projects, demo releases and surprises, they highlighted something for company fans young and old.

This is normally where I’d like to offer some kind of personal insight, but there’s no time for that nonsense. Here’s a synopsis of what Nintendo Switch gamers have to look forward to. Links will take you to YouTube for game trailers.

OCTOPATH TRAVELER II, the next entry in the critically acclaimed OCTOPATH TRAVELER RPG series, will release on February 24, 2023 on Nintendo Switch, PS5, PS4 and PC via STEAM. The game is available for physical and digital pre-order across select platforms now.

Following the release of the first installment in the OCTOPATH TRAVELER series in 2018, which sold over three million copies worldwide*, OCTOPATH TRAVELER II is a brand-new entry in this series that takes the series’ HD-2D graphics, a fusion of retro pixel art and 3DCG, to even greater heights. In OCTOPATH TRAVELER II, players will venture into the world of Solistia and experience the adventures of eight brand-new travelers in an exciting new era.

The fan-favorite rhythm action series returns with THEATRHYTHM FINAL BAR LINE when it launches digitally and physically on February 16, 2023 on Nintendo Switch and PS4. Digital pre-orders are now available in Nintendo eShop and in the My Nintendo Store on Nintendo.com.

Featuring 385 FINAL FANTASY tracks in the base game, the Digital Deluxe and Premium Digital Deluxe Editions include music from various SQUARE ENIX series, such as NieR, SaGa, LIVE A LIVE, OCTOPATH TRAVELER and more. With three game modes to enjoy and over 100 FINAL FANTASY characters, players can form their dream music battle party, and by using both local and online multiplayer play modes, with additional DLC content to explore following the game’s launch, players have plenty look forward to as they embark on a colorful and musical journey this winter.

Life is Strange™ Arcadia Bay Collection on Nintendo Switch, will launch on September 27, 2022, marking very first time the beloved narrative experiences will be available on the portable platform. Physical pre-orders are open now.

Harness the power of Max’s supernatural rewind ability or Chloe’s quick-witted attitude to change the course of shocking events in Arcadia Bay.

SQUARE ENIX® today announced that the development team behind award winning OCTOPATH TRAVELER, BRAVELY DEFAULT and TRIANGLE STRATEGY, will be launching VARIOUS DAYLIFE for the first time on the Nintendo Switch™ system. The game will launch on console at 11pm PDT on September 15, 2022. Players who purchase VARIOUS DAYLIFE on Nintendo Switch and Steam before October 17, 2022, will receive a digital artbook as an early purchase reward.

It was revealed during the livestream that Romancing SaGa -Minstrel Song- Remastered is coming to the Nintendo Switch™ system on December 1, 2022. The fourth entry in the beloved SaGa series, “Romancing SaGa” was originally released in Japan in 1992, and again as a remake in 2005 across North America and Japan.  Players across North America, Japan and Europe can now experience additional new features and QOL updates with a new HD graphical re-master in Romancing SaGa -Minstrel Song- Remastered.

A free downloadable demo for HARVESTELLA, a brand-new life simulation RPG, is now available on Nintendo Switch™. In HARVESTELLA, players will experience a beautiful world that changes with the flow of the seasons and enjoy a variety of gameplay including tending to crops, befriending townspeople and adventuring into challenging dungeons. With this demo, players can begin their adventure in a vibrant and colorful world marred by the “Quietus,” or season of death, and carry over their save data to the full game when it releases on November 4, 2022.