One study even looked at whether playing “World of Warcraft,” the world’s biggest multiplayer online game, can improve scientific thinking.

The conclusion? Certain types of video games can have benefits beyond the virtual thrills of blowing up demons.

In one Fordham University study, 122 students in fifth, sixth and seventh grades were asked to think out loud for 20 minutes while playing a game they had never seen before. Researchers studied the children’s statements to see if playing the game improved cognitive and perceptual skills.

“The younger kids are focusing more on their planning and problem solving while they are actually playing the game, while adolescents are focusing less on their planning and strategizing and more on the here and now,” said Fordham psychologist Fran Blumberg, who conducted the research last year and plans to submit it for publication. “They’re thinking less strategically than the younger kids.”

END_OF_DOCUMENT_TOKEN_TO_BE_REPLACED

LISBON – August 19, 2008 – Portugal’s leading video games investor and developer, GAMEINVEST, is creating a beautiful and expansive world for multiple platforms this fall with World of Zellians. Currently in development for Nintendo Wii™, Xbox 360, PlayStation® 3, and PC platforms, World of Zellians is a strategic life simulation game where players must create, manage and grow a prosperous new civilization while caring for the wellbeing of the community. GAMEINVEST is currently looking for qualified distribution and publishing partners for World of Zellians on the various platforms.

“The concept of creating a balanced society in World of Zellians is truly engaging and challenging, and we are designing this experience to be fun and accessible for all audiences – from casual to core gamers,” said GAMEINVEST founder and CEO Paulo Gomes. “As the ruler of this society, players will be responsible for developing the community as well as providing a positive influence in the world – creating a very challenging and interactive gaming experience.”

END_OF_DOCUMENT_TOKEN_TO_BE_REPLACED

Kifah Maswadi, age 24, of Oakland, Florida, was sentenced Friday in U.S. District Court for the Eastern District of Virginia. He pleaded guilty on June 3 to one count of …
END_OF_DOCUMENT_TOKEN_TO_BE_REPLACED

Orlando, FL – August 18, 2008 – Traveling from nearly 30 countries and six continents, more than 400 players ages 6 to 62 competed for the chance to be crowned the best PokémonTM players in the world this weekend in Orlando, Florida. Hosted by Pokémon USA, Inc., the worldwide leader in trading card games and video games, the 2008 Pokémon Trading Card Game (TCG) World Championships and Pokémon Video Game Showdown gave the Pokémon TCG and video game players from around the world a chance to show they were the best. Both championship events emphasized the skill, strategy, creativity and fun involved in playing the Pokémon TCG and video games.

END_OF_DOCUMENT_TOKEN_TO_BE_REPLACED

Square Enix, Inc., the publisher of Square Enix® interactive entertainment products in North America, announced today that its highly anticipated Nintendo DS™ title CHRONO TRIGGER® will ship to North American retailers on November 25, 2008. A groundbreaking RPG that became an instant classic, CHRONO TRIGGER is set to be one of the most compelling handheld titles available this holiday season.

END_OF_DOCUMENT_TOKEN_TO_BE_REPLACED

BRISTOL, U.K. August 18, 2008 – It’s time to rev the engine, kick the clutch and gun it to the finish line as Majesco Entertainment Company (NASDAQ: COOL), an innovative …
END_OF_DOCUMENT_TOKEN_TO_BE_REPLACED

Have you got talent?! Connie sits in the judge’s chair… CONNIE TALBOT On Nintendo Wii…..

August 2008, Stourbridge, England. Data Design Interactive – a successful video games publisher and games developer, are pleased to announce they have signed Connie Talbot the singing sensation who came to fame from the massively popular UK based talent show ‘Britain’s got Talent.’

Now she is to appear in her very own console game, which will feature 15 fantastic tracks from her best selling debut album Over the Rainbow, including stunning renditions of John Lennon’s “Imagine”, “Any Dream Will Do”, “What a Wonderful World” and Bob Marley’s reggae classic “Three Little Birds”. In the game, the player will be able to sing along with Connie in the fantastic karaoke mode, or with other friends or family members in multiplayer fun.

2007 The public first met Connie, when she came 2nd in the show, since then Connie’s popularity grow – and not only in the UK…with the new version of her debut album ‘Over The Rainbow’ going gold in four countries and straight into the top spot in a number of Asian charts, European tours underway, and a US deal under her belt, Connie is taking the world by storm! Connie takes everything in her stride. She has already claimed 2 UK records, according to the Guinness Book of Records, for the youngest artist ever in the charts, and the youngest to receive a Gold disc.

Data Design Interactive is part of Green Solutions Ltd (GSL) which manages the production of interactive products for the entertainment industry. From game design, development and publishing on PC and Console. GSL owns the popular MYTH MAKERS and KIDZ SPORTS brands and the publishing rights to the GODS development system. We control a number of studios which specialize in key areas. Data Design Interactive develops and publishes, and is a licensed publisher for Sony Playstation, Nintendo and Microsoft, Artworld Studios for computer animation and Advergaming is the market leader for in game advertising and custom games. Popcorn Arcade www.popcorn-arcade.com is the brand name for our family friendly, value

END_OF_DOCUMENT_TOKEN_TO_BE_REPLACED

Music Video Games Account for 32% of Industry Growth in ’08

According to UBS analyst Ben Schachter, music games have been a “key driver” this year, with “sales of music-themed games responsible for 19% of overall industry software dollars in July …
END_OF_DOCUMENT_TOKEN_TO_BE_REPLACED

Burlingame, Calif., August 13, 2008 – Natsume, a worldwide developer and publisher of family-oriented video games, announced today that Harvest Moon: Island of Happiness for the Nintendo DS has gone to gold master.

When the title ships on August 26th, its launch will kick off the ten-year anniversary for the franchise. The anniversary celebration will include various retail promotions with special collectible pre-order items, a 10th anniversary DS Lite Kit, strategy guides and more.

“To have such a remarkable following and support for the Harvest Moon series is wonderful, and we think fans will be very pleased with this new handheld addition,” said Hiro Maekawa, President and CEO of Natsume.
“Island of Happiness stays true to the elements of the series that fans love, and will provide players an exciting Harvest Moon universe that will continue to elevate the series to new heights.”

END_OF_DOCUMENT_TOKEN_TO_BE_REPLACED

Get into the games …

Catch the Excitement at the Annual Gaming Expo

Philadelphia, PA – (Aug 12, 2008) – NBC Local Media in Philadelphia – WCAU TV/NBC 10, and Lunar Tide Communications, Inc. announced today a joint marketing, sales and content partnership that expands into one of the most rapidly growing consumer markets, video games. Additionally, this partnership is to grow a new gaming brand that has its foundation in America’s Video Game Expo (VGXPO) and VideoGame.Net. NBC Local Media Philadelphia will also be working with Lunar Tide this summer to rollout a Video Game Design Camp and After School program, where attendees will learn how to develop video games and various animation and digital design techniques.

“America’s Video Game Expo is an annual gaming destination – where gamers and industry insiders come together to celebrate videogames,” stated Jennifer Johnson-Halpin, Director of VGXPO. “With NBC’s Local Media involvement in VGXPO we expect to reach thousands of gamers and offer them an absolutely fantastic experience and provide them with content that they won’t be able to find at any other gaming event.”

END_OF_DOCUMENT_TOKEN_TO_BE_REPLACED

Burlingame, Calif., August 13, 2008 – Natsume, a worldwide developer
and publisher of family-oriented video games, announced today that
Harvest Moon: Island of Happiness for the Nintendo DS has gone to gold
master. When the title ships on August 26th, its launch will kick off
the ten-year anniversary for the franchise. The anniversary
celebration will include various retail promotions with special
collectible pre-order items, a 10th anniversary DS Lite Kit, strategy
guides and more.

END_OF_DOCUMENT_TOKEN_TO_BE_REPLACED 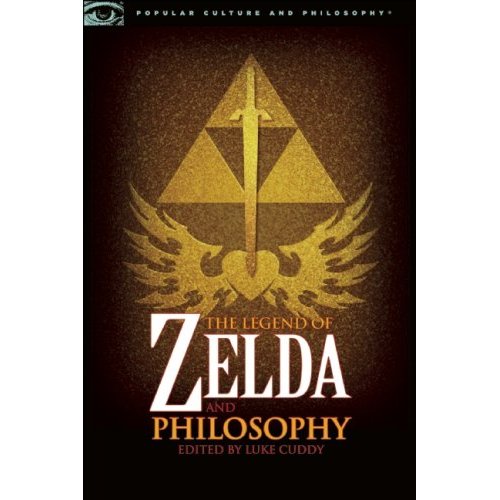 The Legend of Zelda and Philosophy

With both young and adult gamers as loyal fans, The Legend of Zelda is one of the most beloved video game series ever created. The contributors to …
END_OF_DOCUMENT_TOKEN_TO_BE_REPLACED

ACTION & ADVENTURE
For games that are predominantly action, adventure or a combination of the two genres. This category includes RPGs.

ARTISTIC ACHIEVEMENT
For achievement in visual art and animation across all genres.

CASUAL
For games which are played casually, or on a more social basis. This would include puzzle games, music games, DVD games, social networking site-based games, card games and board games playable on a home computer or console.

GAMEPLAY
The ability of a game to captivate and engage a user’s attention and provide a truly compelling experience.

END_OF_DOCUMENT_TOKEN_TO_BE_REPLACED

Nintendo Cooking Up A Storm At Edinburgh Interactive Festival

Friday 8th August/… The Edinburgh Interactive Festival today announced Cooking Guide: Can’t Decide What To Eat? will be showcased to the public with world class chefs making real dishes using only the game to guide them.

Going beyond the capabilities of printed cookbooks, Cooking Guide: Can’t Decide What to Eat? will guide each budding chef step by step through all the processes involved in cooking a tasty dish by talking and guiding the player through each recipe. With its numerous international recipe choices, dish search options, videos and simple step-by-step guides to choosing, preparing and cooking a dish, turning even the most hesitant of cooks into confident chefs will be simple.

Featuring approximately 250 international dishes, finding the perfect recipe to cook has never been so fun! Broken down into easily searchable groups, discover the perfect dish by country, ingredient, difficulty level or even amount of calories to name but a few. There are so many options available everyone will be catered for.

END_OF_DOCUMENT_TOKEN_TO_BE_REPLACED

EA: Do Not Compare Spore To Sims

“I can tell you that no one at EA is measuring Spore with the yardstick created by The Sims. They’re two totally different animals. Spore is a game that has …
END_OF_DOCUMENT_TOKEN_TO_BE_REPLACED

Video games are among the most popular entertainment media in the world. Now, groundbreaking research shows that a specially designed video game can promote positive behaviors in young cancer patients that enhance the effectiveness of medical treatment. This research, sponsored by the nonprofit organization HopeLab and published today in the medical journal Pediatrics, provides scientific evidence for a growing field of product development that taps into the positive potential of video games and other popular technology to improve human health.

END_OF_DOCUMENT_TOKEN_TO_BE_REPLACED

I think this Journalist held his own against this panel, and with the audience support it seems like he exposed the ignorance of this what I think is a government …
END_OF_DOCUMENT_TOKEN_TO_BE_REPLACED