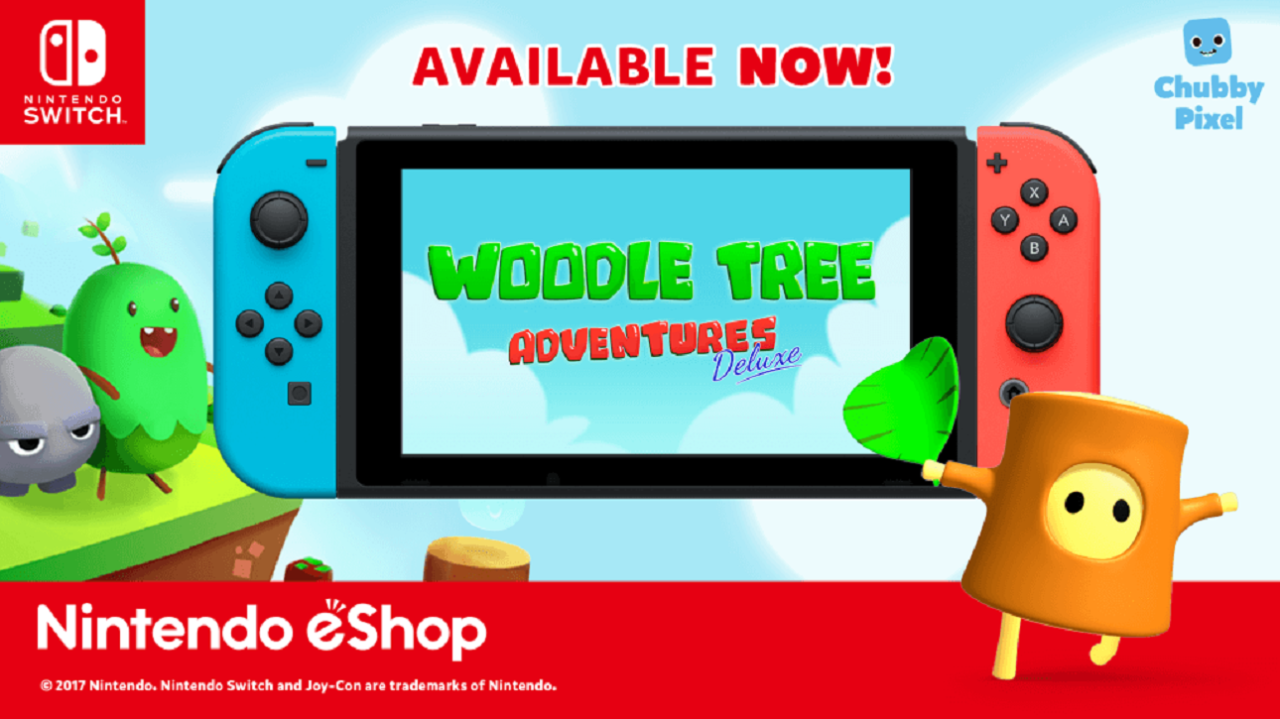 At its best, Woodle Tree Adventures Deluxe is a cute enough game with some simplistic charm. But it’s seriously lacking in console level quality. Its origins as an older, budget, Steam release come through loud and clear here. Children could have some $4.99 entertainment, but most would do better to wait for the sequel.

You control a sapling out to collect water, but there’s no real story here… not even an ending. The movement speed is quite slow by default, making the control feel more sluggish than it actually is. Underwater movement is even slower – I’m grateful there isn’t too much of this in the game.

The main issue here isn’t the speed (or lack thereof) but the camera. You can zoom in tight or very far out, but can’t rotate it for precision platforming. This leads to some troublesome leaps of faith. The camera can also do so wonky things in tight areas, like swinging to show nothing but the skybox. Polish is lacking, which is extra surprising as this camera represents supposed improvements over the Steam release.

The poor camera (and one hit limit) means you’ll be replaying sections of levels often. The checkpoint system is inconsistent at best, borderline broken at worse. Sometimes I failed a level two-thirds of the way through and got sent back to the halfway point. Other times, within the same level, I failed right near the end and was sent back to start. It makes no sense.

Aesthetically there’s not much to this basic, dated look. It’s colorful and smooth, but pretty generic. It certainly doesn’t impress on Switch. The music is generally weak, and very repetitive, with similar sounding tracks. It reminds me of old flash cartoons, and not in a good way.

Enemies are really inconsistent here. Some are stationary, others attack, others (seemingly) can’t be attacked at all. With little personality (save the odd smile) they are often better avoided, less you run the risk of contact and replaying large stretches.

Woodle Tree Adventures Deluxe just doesn’t make the grade as a collecthathon platformer on the Switch. The quality simply isn’t there. It’s a very short adventure as well, as I clocked in just over one hour. It’s pitched as “refreshing and peaceful,” but the one hit fails, broken checkpoints, and rough camera, are more likely to agitate than anything. However, I am curious about the sequel, which sounds more promising. Hopefully, Chubby Pixel can address all these shortcomings.

It’s pitched as “refreshing and peaceful,” but the one hit fails, broken checkpoints, and rough camera, are more likely to agitate than anything. However, I am curious about the sequel, which sounds more promising.