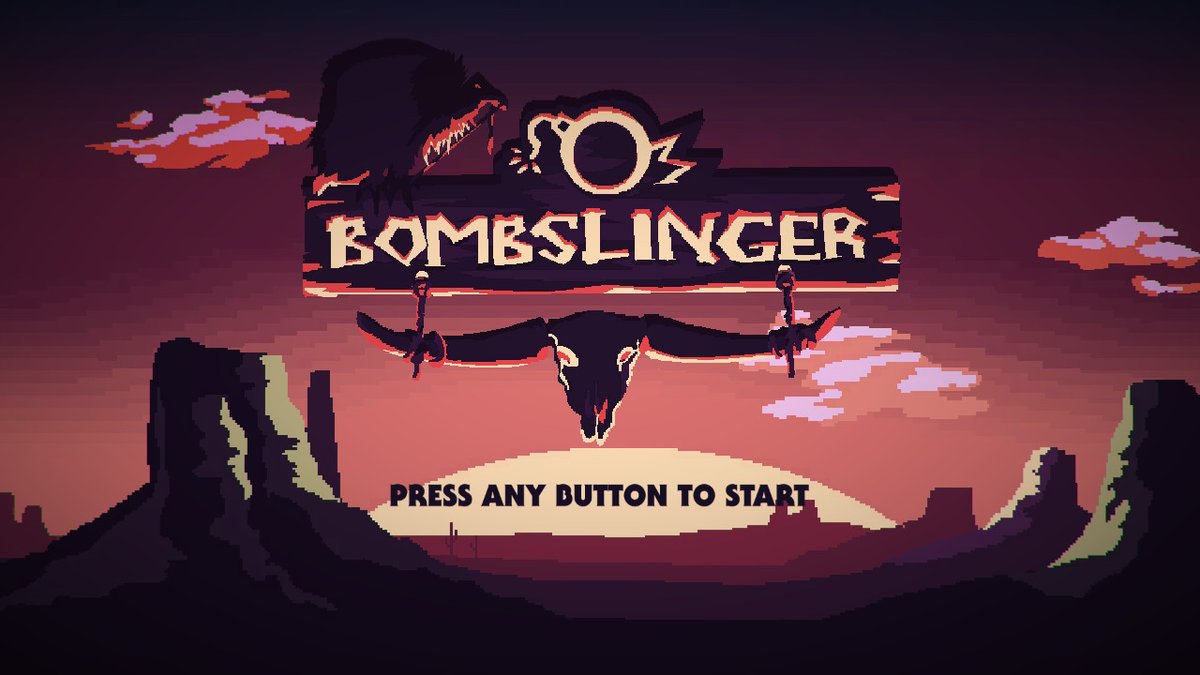 Bombslinger fits right at home on the Nintendo Switch

With so many new games going to Nintendo’s eShop, it’s tough to find every single gem that gets released. Some do a great job of serving their purpose, some fail, but some really shine. I’m here to tell you that Bombslinger is one of those gems that you should snag, and is a delightful addition to your Nintendo Switch’s library of pick-up and play type of games.

I was a little skeptical when I first booted up the game, but once I figured out what I was playing I instantly became hooked. Bombslinger brings together three awesome inspirations of Bomberman, Binding of Isaac, and Dark Souls to create a game that I’m still loving to come back to two weeks later. 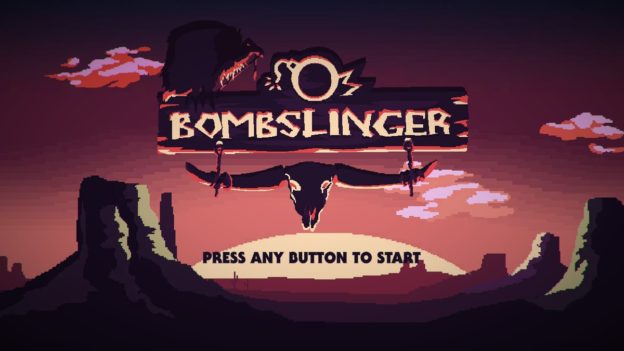 The story is simple, yet kind of brutal. You’re deciding to settle down after being a lifelong bandit of the Wild West. However, one of your old bandit mates decides to burn down your village along with your retirement and kills your wife. A little over the top, but that’s beside the point. Because of this you experience extreme animosity and set your sights on revenge.  This about wraps up much of what you’ll hear from the game’s storyline, but it gives an explanation as to why your character is blowing up rabid animals and shirtless farmers from here on out.

The game starts out right in front of your burned down village. Movement is almost identical to what you may be used to in something like the Bomberman series, moving up, down, left, and right. You’re given one bomb to use which refreshes its stock after it has been used, three hearts for health, and a spirit bar for ability use. The idea is to traverse from room to room on your map by destroying all the enemies on the map. Each enemy will reward you with experience that will help level up your character, gain perks, and acquire gold to buy additional beneficial items to help you through your journey. You’ll even find weapons besides bombs that can be used by spending some of your spirit meters. Guns, grenades, bombs, traps, and even stealth items all use the spirit meter and can be found in various rooms. I’ve used a lot of them and got great use out of each one during my runs. However, you can only hold one weapon at a time, so I advise you make the right decision when leaving one behind since you might not see it again. 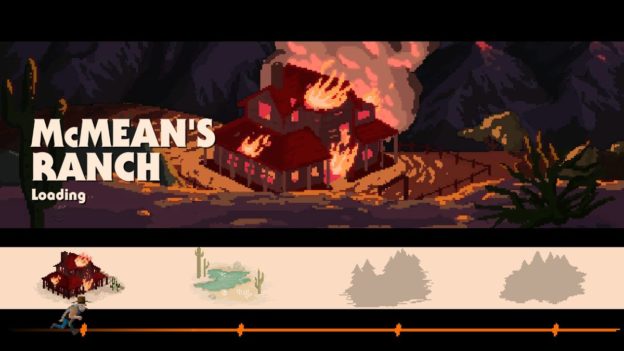 Each room you walk into is closed off until all the enemies are cleared. Once they’re cleared you’re allowed to move forward in the direction of your choosing. Some choices will lead you directly to the boss room, and some will take you to rooms filled with extra enemies, shops, and treasure chests. You can also freely backtrack to old rooms you finished without having to clear them again which makes the option of backtracking to uncompleted rooms for more loot more enticing. For example, there was a moment before a boss where I had low health but needed a tad more XP to level up. I backtracked to an optional room I skipped, snagged some XP, and chose the option to re-fill my health as my reward for leveling up.

It’s important to take time to refill your health because there are NO continues in this game unless you have a reincarnation item in your inventory. That’s right. Once you’re dead, you go all the way back to the beginning. Not the beginning of the room or the stage, I’m talking all the way back to the beginning with none of the perks you gained throughout your run. You’re actually given the choice to start the game with a reincarnation item, but there’s also the option to start with another heart for your life bar or spirit gauge. You can only choose one of those additional perks to start with, but as you keep replaying the game you will unlock more perks to choose from. It’s important to make note that the game’s level design is randomized, too. Each new run will bring new set-ups, surprises, and items for the player to experience, giving Bombslinger an immense amount of replay value. 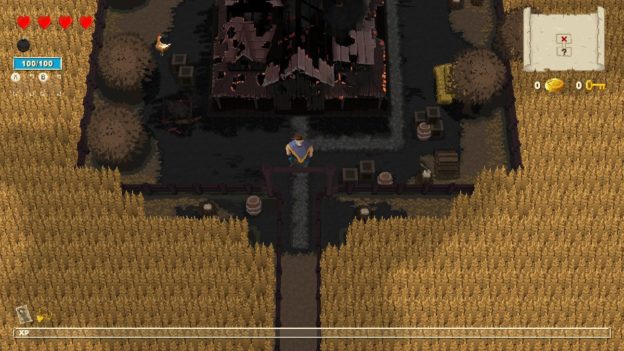 Unlockable perks are gained by going into shops and spending gold dropped from the enemies you killed. Although you lose that perk upon death, the lost perk will store as an optional choice to start at the beginning of your next run. You’ll even be given the ability to choose more than one perk to start with once you’ve discovered enough hidden perks within the game. The game almost gets a tad easier every time you start because of the additional options you’re given to start off with during your next run.

Enemies are well balanced, especially the bosses. I never found anything unfair. Most of my deaths were due to me being unprepared, or not understanding how to handle an enemy correctly. There’s some small strategy to be found when you combine certain perks and items during your journey. Enemies that were a pain earlier on in the game will become a piece of cake due to some of your new found strategies, so I advise you to try out all of the weapons with different perk combinations.