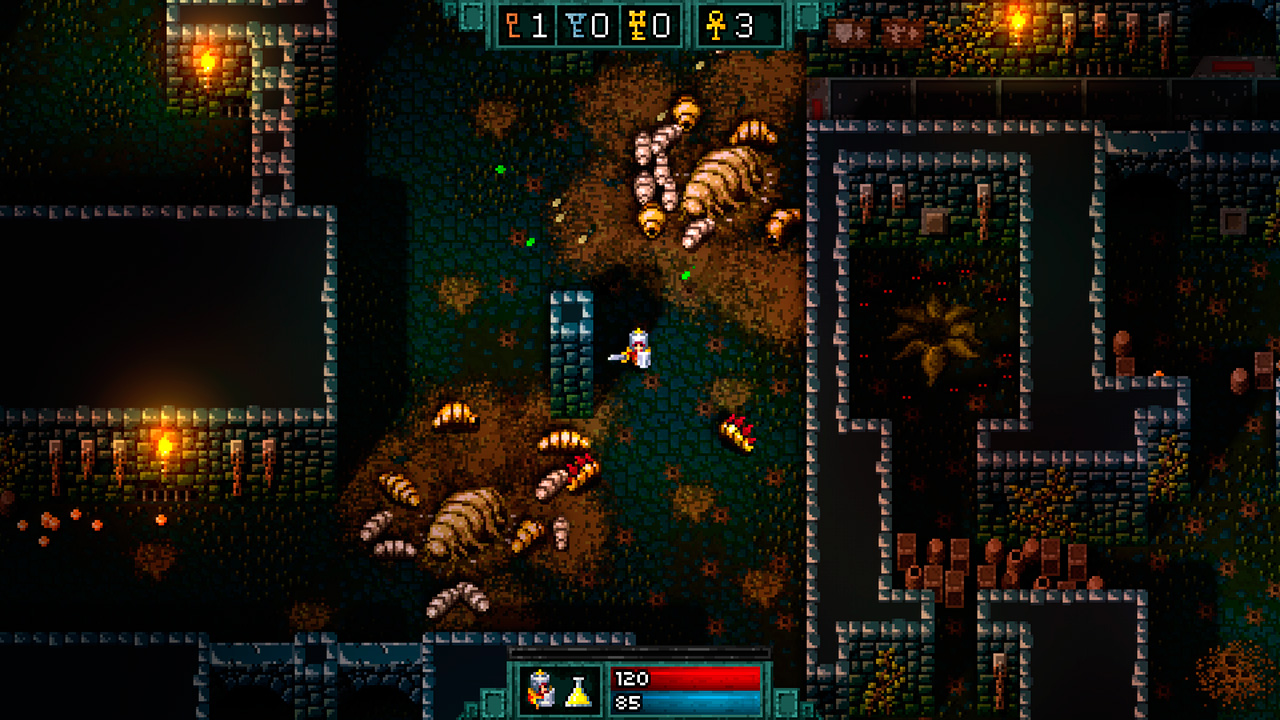 With four game modes, seven classes, and limitless difficulty options with its eleven gameplay modifiers, Hammerwatch offers many ways to shake up its Gauntlet-style gameplay. Hammerwatch can be a frantic game to play with up to four other players locally (or online with a yet-to-be-released free update); however, if you’re looking to play it solo, it’s an incredibly dull experience.

The central issue with Hammerwatch is that its combat can be monotonous. Couple this with incredibly long stretches of dungeon that the Castle Hammerwatch and Temple of the Sun game modes expect you to go through, and you have an experience that can be physically draining. 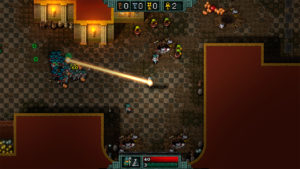 The game flow is as follows: you select one of seven different classes, be it the sword-wielding paladin, the arrow-launching archer, or the electrifying warlock. Using ZR for standard attacks and ZL for individual skills at the cost of mana, players will need to fend off hordes of swarming foes. Eliminating a handful of enemies within a short time frame will start a combo, which grants the player various buffs determined by upgrades you purchase at shops. Shops may also provide enhancements to class stats or usable items such as potions. 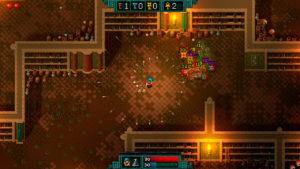 For the most part, enemies attack by either walking up to you or shooting things while walking up to you. The difficulty is usually increased by upping the number of enemies that try to swarm you. Sometimes this is in tandem with the occasional trap, enemy spawner, or less-frequent enemy type, including plants that stab you with roots that shoot from the ground, and statues that launch large rings of orbs.

Boss fights force players to whittle bosses down while juggling oncoming swarms of smaller foes and avoiding projectiles and traps. These fights are few and far between, unfortunately, as it can take an hour of dungeon crawling to even reach them. 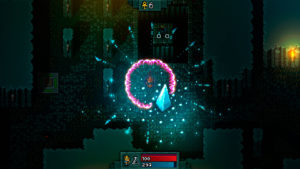 The dungeon exploration manages to feel like more than just a series of cramped hallways, with multiple paths and various secrets. However, the floors are just too big. They take forever to explore fully, and sometimes you have to backtrack long distances to use a key or go to another level.

If dungeon exploration isn’t your thing, there’s also the Survival and Hero Defense game modes. In the former, players must harvest crystals while surviving an increasingly tricky onslaught of enemies. In the latter, players have to prevent waves of baddies from reaching the end point. Both are fun and much easier to hop in and out of than the other two game modes, but they’re definitely balanced around multiple players. 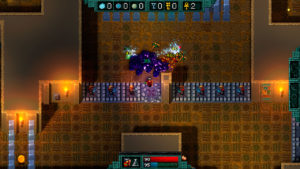 Hammerwatch can be a good time, but only really if you play it with friends. For the $9.99 price point, it might be a little too simple to play it alone. But for a larger group, it can be a frantic party game as you and up to three other friends fight through onslaughts of monsters. I say if you are going to play it with others locally, then dive in. Otherwise, wait for the online update.

Hammerwatch can be a good time, but only really if you play it with friends.