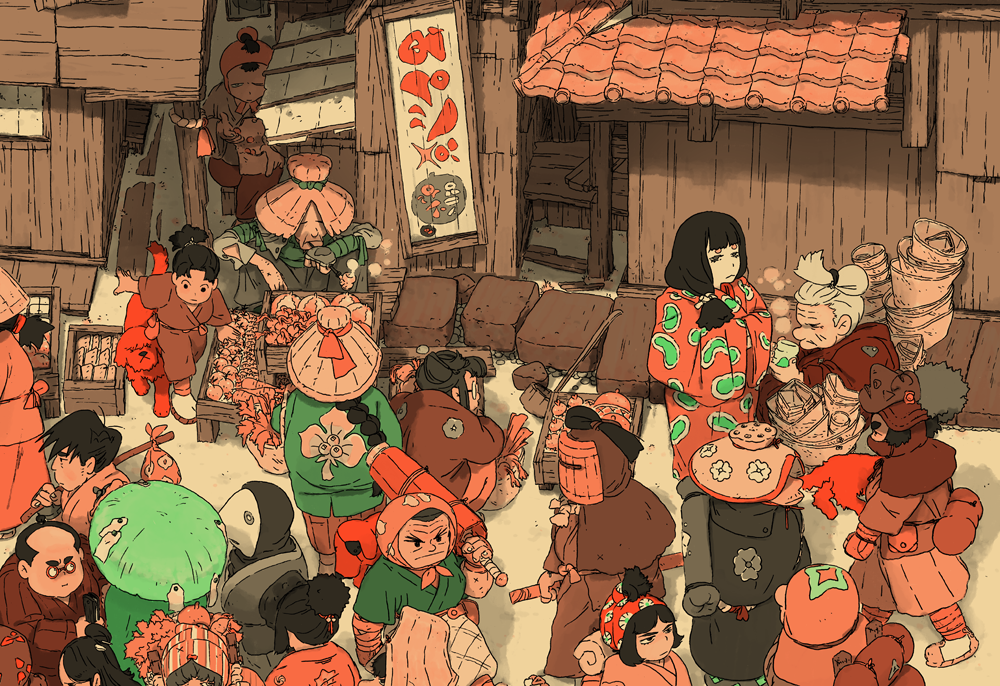 Since its establishment in 2004, the Into the Pixel art exhibit has been honoring the best artistic works of the year from video game artists. The 2019 ITP collection has now been announced, and it includes a couple of games that are on their way to the Nintendo Switch.

Amongst this year’s selections are works from the games Rad (“Mender Tower” by artist Lee Petty) and Samurai Gunn 2 (“People of Gunncity” by Valentin Seiche. pictured above).

A total of 11 games were selected to be part of the collection which will be displayed during E3 2019 from June 11-13, 2019, at the Los Angeles Convention Center. They will then be auctioned off on eBay, with a five-day auction beginning Tuesday, June 11, at Noon PDT, and concluding Saturday, June 15, at Noon PDT. All ITP bids can be made at the AIAS eBay page here. Note that ITP images will not appear on eBay until the live auction begins on June 11 at Noon PDT, but you can see the full list of winners, along with images, at www.intothepixel.com.

ITP is co-produced by The Entertainment Software Association (ESA) and the Academy of Interactive Arts & Sciences (AIAS). This year’s ITP jurists were:

Pure Nintendo would like to congratulate all the winners, and we look forward to checking out the display next week at E3.