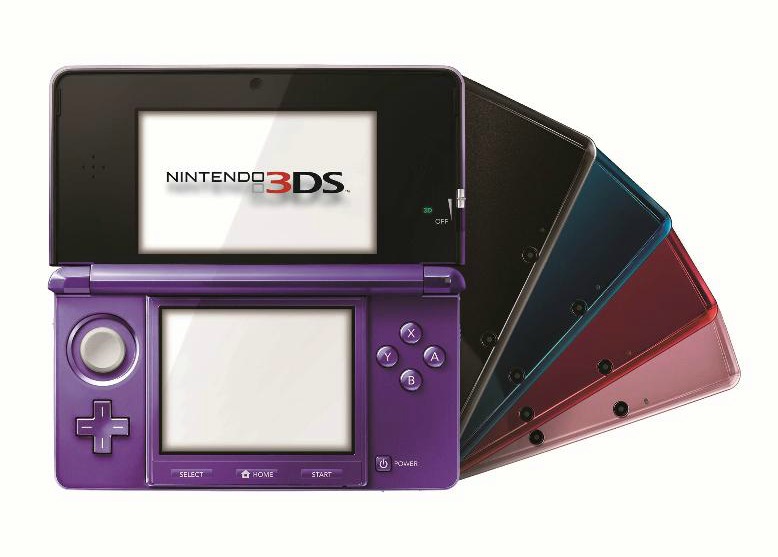 A new firmware update for the 3DS ownser in North America was just released and in this update the StreetPass Mii Plaza gets a huge facelift! After the update it is very clear that the Plaza is quite different after the update. Additional games, a new look, more accessories, and more features are all found in this new 3DS update. 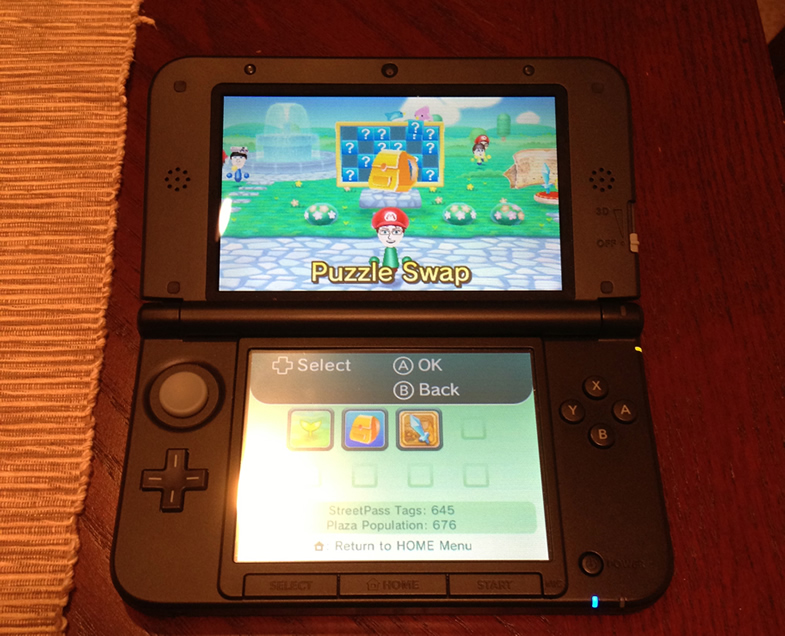 There are 4 new games that have been added to the existing Find Mii and Puzzle Swap Games. The new games are called Mii Force, Flower Town, Warrior’s Way, and Monster Manor.

In this game, you belong to an elite team of space police. Your mission is to save Streetpass Galaxy from the Gold Bone Gang. With the help of your Streetpass squad mates, you take to the skies! It’s your job to preserve peace in the galaxy.

If an enemy attack hits your craft, one of your allies has to retreat. That means you’ve gotta be slick with your evasive maneuvers. As long as you’ve still got squad mates, you’re still in the fight. That means the bigger your squad, the more hits you can take!

There are 12 different weapons. Each corresponds to a certain shirt color. There are over 10 different stages to fight your way through. There are bosses waiting at the end of each stage. There is also an extra mode that unlocks once you clear the game.

It starts with you moving into a lovely house in Florafield. There, with Mr. Mendel’s help, you try to become a Master Gardener. That means growing lots of plants with folks you meet via StreetPass. You also get to decorate your garden.

Meeting folks via StreetPass is very important in Flower Town. That’s because the more people you meet and garden with, the more your plants grow! Folks who visit your courtyard water your current plant. The more water a plat gets, the faster it grows. When a plant gets big enough beautiful flowers bloom!

Once a flower blooms, you can harvest seeds from it.If a visitor has a blooming plant of his or her own, those flowers can cross-pollinate with yours! You can find all sorts of breeds by crossing yours with others. You never know what your visitors will bring over.

There’s filling your journal to become a Master Gardener. Decorating your garden plots with plants and accessories! Visiting Florafield’s shopping mall is fun too. Ms. Blossom’s there, and she’s always looking for help with jobs. The mall’s also a great place to shop for new decorations. You can even invest in new garden plots!

Warrior’s Way is a game that relies on both strategy and luck. In it, you rule a remote country in a war-torn land. With help from Wentworth, your faithful old butler, you build an army via StreetPass and battle other commanders.Your ultimate goal? To conquer the world!

When you meet folks via StreetPass who also own Warrior’s Way, you can battle against them! If you win a battle, you’ll get soldiers. Careful though… If you lose a fight, some of your soldiers will run away. The most important thing is to make as big an army as you can. With a horde of troops behind you, you can try to take over the world!

There’s observing your enemies, setting up strategic formations, and predicting what your foe will do, like in a game of rock-paper-scissors. You can spy on enemies! Fortify your castle! There are tough opponents to face too! Will you be able to conquer all 20 countries and take over the world? Will your army become thousands of soldiers strong?

Monster Manor sends you on a spooky paranormal investigation. You’re a detective trying to solve the mystery of a haunted house. With the help from your fearless young assistant, Iris Archwell, you work to uncover the truth with the help of people you meet inside. You’ll face many a foe as you try to make your way to the top floor.

In Monster Manor, you explore a huge haunted house. You collect pieces of the haunted manor’s map. You also battle spooky monsters. You pick which piece to take from each person you meet. You also pick where each piece goes. Your path’s totally up to you. The pieces you set down create doors and hallways. By collecting plenty of pieces from your StreetPass visitors, you explore each floor of the manor bit by bit. You goal’s to find the stairs so you can climb up to the next floor.

When pieces of the same color connect to make a square, instead of making a hallway, you make a whole room! Rooms contain treasure chests and other neat stuff too. You’ve gotta be smart about where to set each piece. It’s a bit like a puzzle.

There are battles with all sorts of monsters, ghosts, and creatures. You’ve gotta have quick reflexes to shoot and guard effectively. There are lots of weapons to find. As you use them, they power up! You can upgrade your favorites using weapons you don’t want. You can team up with folks you meet via StreetPass. What’s the manor’s dark secret? What’s waiting at the top floor? It’s quite a mystery!

Other improvements to StreetPass Mii Plaza are not as impressive as all of the new games but have still changed the user experince. The 3DS touch screen now shows icons that allow players to quickly jump into specific StreetPass games. This is a great addition now that more games are offered. The icon at the right side of the main menu has been redesigned to better reflect the new design of the StreetPass games menu. After selecting the fountain icon, the new games area appears and looks quite different from before. There are Mii characters mingling around the environment and the menu is much more pleasant than before. Standing in front of the fountain in this area and selecting the ‘A’ button will return you to the main StreetPass Mii Plaza menu.

Our friends over at Utah 3DS StreetPass have informed us that they have received new puzzle pieces as well for New Super Mario Bros. U + New Super Luigi U, Skyward Sword, Xenoblade Chronicles, and Nintendo Starlets. So there could also be new Puzzle Swap panels that are available because of this update too.