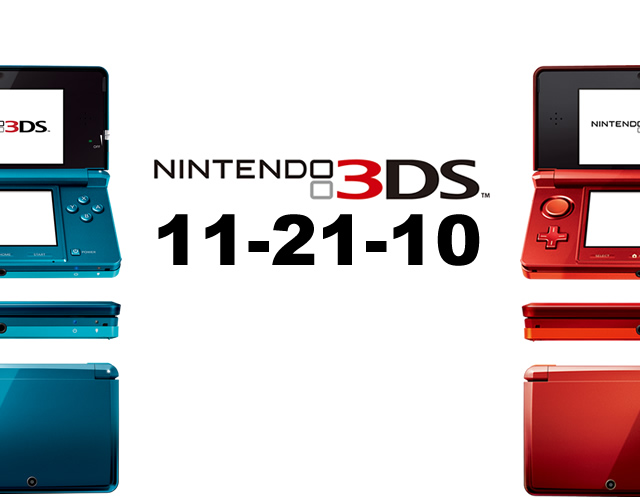 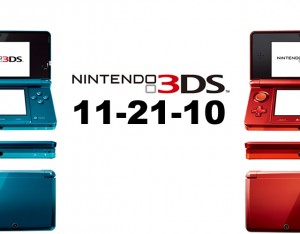 There have been a lot of rumors going around lately about the 3DS release date. Is it coming out March 2011? November 22, 2010? Or some other crazy date? Outlets such as Gamestop and even a product listing for a 3DS game from EA have people talking, but are any of their dates correct?

Of all the dates I’ve heard for the 3DS, I haven’t heard the one that makes the most sense….November 21, 2010 (the Sunday before Thanksgiving and Black Friday). While some places seem to be pulling dates from anywhere they can find a calendar, we decided to take a look at Nintendo’s past product timelines to see why November 21 is the date for the 3DS.

Number 2 Reason: Right before Major Holiday/Shopping Season in the US

November 21 not only fits with past release dates of Nintendo consoles and handhelds, but it also makes business sense especially in the US.  Many major Holidays happen in the 2 months following November 21 in the US including Thanksgiving, Hanukkah, Christmas, and New Year’s.  It is historically the best sales period for the video game industry and most every other sales-driven field.

Other Reasons in no particular order:

For these reasons and many more, we believe the Nintendo 3DS will be in your hands before you and your family sit down for Turkey in a couple months :)