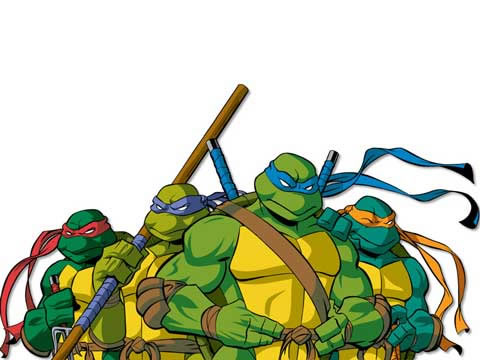 Ubisoft Europe has revealed more information about the upcoming TMNT game for the Wii. Looks pretty sweet! Hopefully it builds upon the great gameplay of the classic games.

In the new TMNT world the Ninja Turtles are no longer confined to sewer system and are now both above and below ground in the world. Strange events have been occurring in New York City – weird star alignments and mysterious creatures have been on the attack. The City needs the Turtles now more than ever. But with Leonardo away on special training, the family must fight as individuals but then come back together, even stronger, to fight against the forces of evil as a team.

New York City… fast-moving shadows, strange star alignments, and creatures attacking the city. Is the wealthy and mysterious industrialist MAX WINTERS involved? The city needs the Turtles now more that ever, but they are in their most trying time as heroes and as a family.

While LEONARDO was away on a special training mission his brothers MICHELANGELO, DONATELLO and RAPHAEL became lost and directionless. With the city and family at stake, it’s up to LEONARDO with Zen Master SPLINTER to restore unity and ninja discipline to the Turtles.

Play as all 4 Turtles characters: Leonardo, Raphael, Donatello and Michelangelo are represented with unique combat skills and acrobatic moves.

Relive the CGI movie: The game follows the movie plot and includes all same key environments, characters and enemies.

Combat Evolution: Begin the game playing as a single character, then rejoin the family to fight as a team with the option of collaborative, combat moves.

Special Video Game Bonuses: Some enemies from the original comic book series will feature as guest stars in the video game!

Go Multiplayer on Handhelds: the handheld consoles will feature special Multiplayer features with special gameplays and environments via Wi-Fi or Internet.

• Playing as all of the 4 turtles and switch from one to another at your will.

• Playing through the movie storyline and discover guest stars from the original comic.

• Having the opportunity to play with or against other players via the DS or PSP multiplayer online mode.

• The only action adventure game that lets you experience the gritty, ninja action and acrobatic fighting moves of the new TMNT CGI movie.

Look for this title in March.