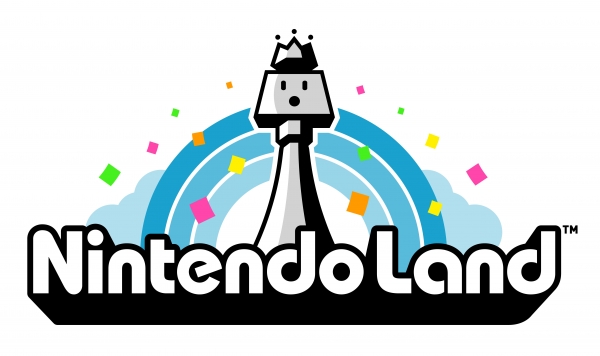 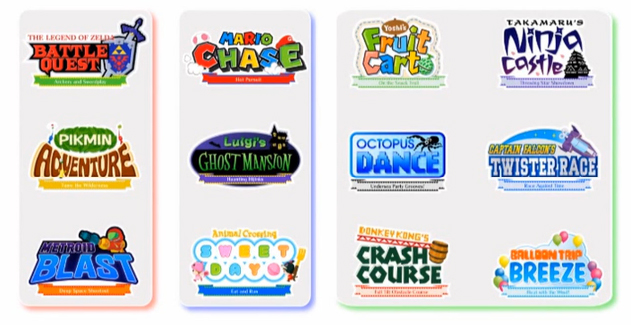 After the Wii U Press Event today a complete list of Nintendo Land attractions was released.  In the picture above you will see the logos for all twelve attractions.  The three attractions on the left are single or multiplayer, the three in the middle are multiplayer only and the six on the right are single player only.  Seeing how the Battle Mii tech demo from E3 2011 turned into Metroid Blast, I believe that Mario Chase will be an evolution of the Chase Mii tech demo we saw during that same E3.  So do the icons below that were shown at Nintendo’s 2012 E3 presentation make any more sense now?  Here is a complete list of the Nintendo Land attractions and as always Pure Nintendo will update you as soon as we have any more information regarding the new attractions.

The Legend of Zelda: Battle Quest 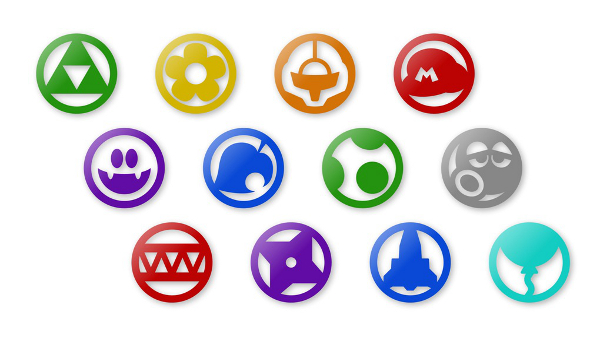