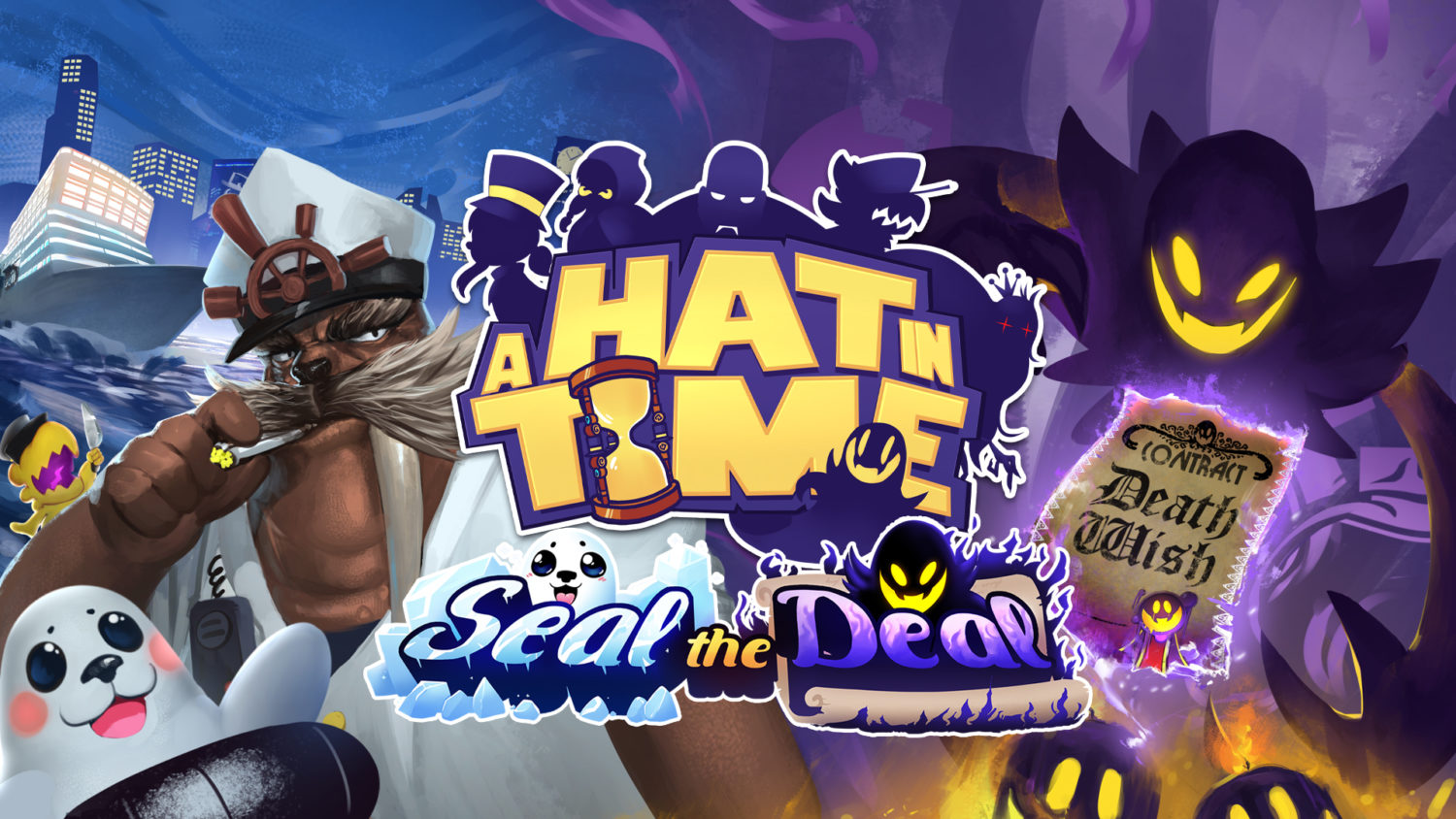 Publisher Humble Bundle and developer Gears for Breakfast are bringing their 3D platformer A Hat in Time to the Nintendo Switch. The game is set to launch on the Switch from October 18 – both physically and on the eShop.

The game is described as being “cute as heck” – plainly thanks to its inspiration. The game was modelled on the likes of classic 3D platformers like Super Mario 64, Banjo-Kazooie and Spyro the Dragon.

A Hat in time follows the adventures of Hat Kid, a little girl trying to return home via a spaceship. When she’s attacked by the Mafia Town Government of a planet she passes, it begins a journey to recover the lost Time Pieces while defeating the Mafia. Players will jump, climb, and explore five massive worlds while collecting new magical hats. You can also play alongside a friend with local co-op.

If you haven’t heard of the game, it started life way back in 2012 as a Kickstarter campaign to address the gap of decent 3D platformers available. It was overwhelmingly popular, surpassing its meager $30,000 goal by over $200,000. The development took longer than expected but the game eventually came to Steam in 2017.

The Switch release of A Hat in Time brings the game full circle – the developers originally wanted to release the game on the Wii U. In a sense, this Nintendo-inspired game is coming home.

A Hat in Time for Nintendo Switch also comes with added content. The Seal the Deal DLC will come included with the the physical release, or as optional $4.99 extra on the eShop. Features of the Seal the Deal content include:

A Hat in Time sits at an impressive 98% on Steam – that’s “Overwhelmingly Positive” – so there’s good reason to be excited. Check out the trailer below to see the cute game in action. Will you be picking this one up in October?