An Interview With The New Donkey Kong Champion 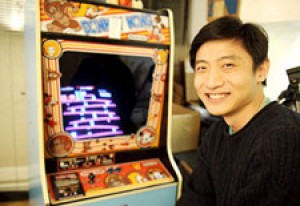 Details: You were inspired by the documentary The King of Kong to begin playing, but did it also make you wary of entering the fray? There’s a lot of bad blood between the two previous world contenders, Steve Wiebe and Billy Mitchell.

Hank Chien: When I started playing, I wasn’t trying to set the world record. I had pretty much never played before in my entire life, so when I started it was just for fun. I found out I was a natural, and I was seriously addicted for the first three months. I was, like, not eating and not doing laundry. I always said that after I reached a million I was going to retire because this game was taking up way too much of my time. But with my first million-point game, I was only 12,000 points shy of the world record, so I was like, “I can’t retire now!”