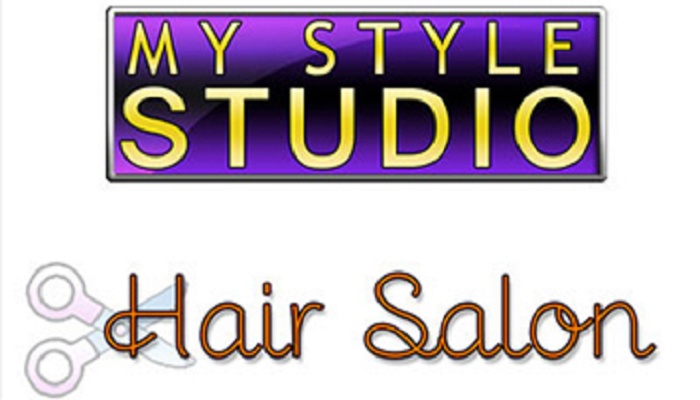 A look at My Style Studio: Hair Salon, a new 3DS eShop title for kids

My Style Studio: Hair Salon is a new hairdressing application for kids, young girls in particular.  While there isn’t a great deal of content in this eShop app, it delivers what’s promised.  If you’re a parent looking for a low cost title that your young daughter can have some good, clean, albeit possibly short-lived fun with, keep reading. 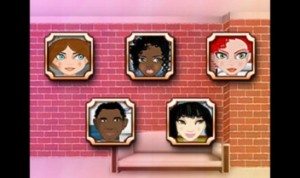 The game starts with a selection of five characters to work on.  Although the number’s small, there is ethnic diversity among them which is good.  They also react with amusing animations depending on what it is you’re doing.

There are quite a few tools to work with, and I was impressed with the offerings..  You can cut hair with scissors, clippers, or a razor (there is a bottle marked “growth” in case you get carried away with the clippers.)  The hair dye brush will probably be a popular choice with young girls, as they can mix and match a variety of colors.  Accents such as hats, glasses, bows, and clips give the characters final touches, and there are others that I haven’t even mentioned, but that kids will have fun discovering. 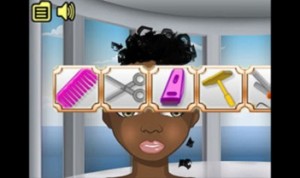 I was pleased with some of the visual effects in this title.  The hair dryer, for instance seems to respond realistically, and I smiled while blowing hair around every which way.  Unfortunately it freezes in place when done which, though making it easier to style, dampens the graphical effect somewhat (you can also dry hair with a towel.) The various animations seemed to me a mix of impressive and unfulfilled.  Young girls probably won’t care as much though about some of the uneven graphical aspects.  Seeing adverts for Cypronia’s other games in the different backgrounds like Fishdom H2O: Hidden Odyssey and Cake Ninja 2 (will the series continue on 3DS?) is a fun visual touch. 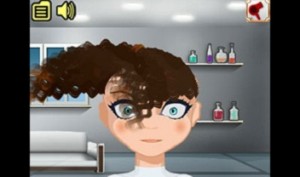 On the audio end, the sound effects of the various tools are quite solid.  As far as tunes go, there seems to only be one musical track which plays throughout the duration of the title.  A greater mix would surely be appreciated, but thankfully the lone track is pleasant, reminding me an awful lot of Train’s hit song Hey, Soul Sister.  Check out the trailer above to hear it.

That’s about all there is to the game, which gets back to my earlier observation about content.  The game doesn’t go beyond what’s advertised.  You experiment with the hair of different characters, and that’s about it. You can’t even rotate the characters to work on the back of their heads, which would have been a welcomed feature.  While you can export the pics to your SD card, which I think is a great touch that more games should offer, it doesn’t really excuse the fact that you can’t even view them in the game itself.  I just wonder how long this will hold a young girls interest?  While I commend the freedom to do whatever you want that’s offered, some type of structure would’ve served as a nice contrast.  Thankfully, the $4.99 cost does minimize some of my concerns. 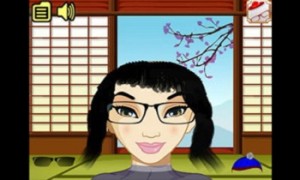 Titles like this that are for a very specific demographic are hard to score.  The last girl game I gave a review to was done with lots of input from my wife.  Young kid titles I’ve looked at in the past have posted without any score at all, just text.  After much debate, I’ve decided to do the same here.  Not only is this title really for young girls only, but it’s also much less a game as it is an app.  To score it by traditional standards wouldn’t be fair.  Hopefully the pros and cons I’ve listed will help some to decide if this is worth a download.  I think there is a decent foundation here, which hopefully will be expanded upon when it comes to Wii U.

Thanks to Cypronia for providing a review code to Pure Nintendo