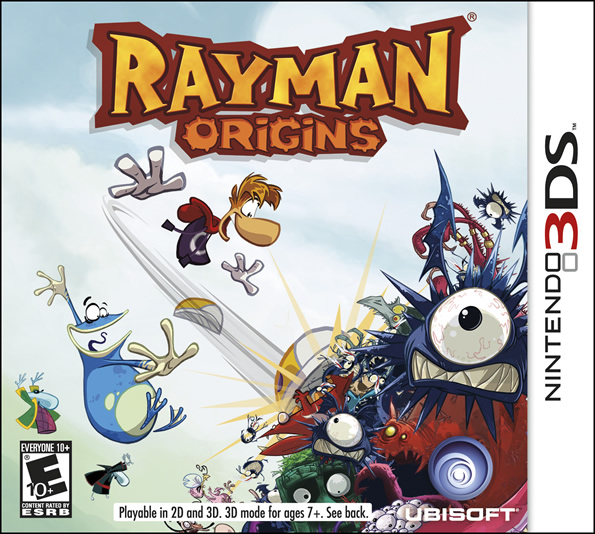 Adventure into the Glade of Dreams in Rayman Origins on Nintendo 3DS, Available Today

Today, Ubisoft announced that Rayman Origins is now available on Nintendo 3DS at retailers across North America. One of the most popular franchises of all time, Rayman Origins is an award-winning, 2-D side-scrolling, platform adventure envisioned by Rayman creator Michel Ancel and his innovative team in Ubisoft Montpellier.

Invoked by the Fairy Council, Rayman sets out on an action-packed adventure to save the Glade of Dreams from “nefurrious” Darktoons. To help him, he teams up with his best friend Globox – together, the world’s most hilarious duo of heroes will need to restore peace to the Glade or watch as their beloved home vanishes like a bad dream.

Rayman Origins features a vast 2D platforming playground with over 60 levels, 100 characters and 6 unique worlds and new abilities to unlock secret levels and paths. Play as main character Rayman or Globox in a quest to unlock new and unique abilities as they progress through the adventure, including swimming, diving and the sensational “HairlyCopter.”