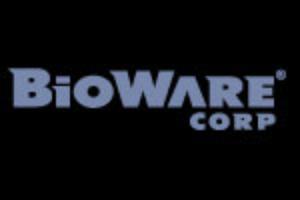 CALABASAS, Calif., Dec. 17, 2010 /PRNewswire-USNewswire/ — The Academy of Interactive Arts & Sciences (AIAS) has announced that Dr. Ray Muzyka and Dr. Greg Zeschuk, co-founders of the legendary development studio BioWare™, will be the 14th and 15th inductees into the AIAS Hall of Fame, the first time that this honor has been provided to two individuals. The AIAS Hall of Fame is bestowed on game creators whose efforts and contributions have expanded the scope and success of the interactive entertainment industry. The “Doctors” of Bioware, a division of Electronic Arts (Nasdaq: ERTS), are respected industry-wide for their emotionally engaging and detailed cinematic games, and are responsible for award winning games and franchises such as Baldur’s Gate, Star Wars™: Knights of the Old Republic™, Neverwinter Nights, Mass Effect™ and Dragon Age™.

The Hall of Fame Award will be presented by Mike Capps, President of Epic Games, at the 14th Annual Interactive Achievement Awards at the 2011 D.I.C.E. (Design, Innovate, Communicate, Entertain) Summit on Thursday, February 10, 2011, at the Red Rock Resort in Las Vegas where “The Doctors” will also be taking the stage and speaking at the conference.

“The Doctors — Dr. Ray Muzyka and Dr. Greg Zeschuk — have produced some of the most wildly successful and accomplished games, and these will resonate among gamers for a very long time,” said Martin Rae, president, Academy of Interactive Arts & Sciences. “The range of their talents is endless, from game design and production to being accomplished in business and corporate leadership, and their original backgrounds as physicians. They truly embody what it means to be a Hall of Fame recipient and the AIAS is looking forward to including them into our esteemed list of inductees.”

Dr. Ray Muzyka and Dr. Greg Zeschuk began their software careers while still in medical school putting together medical education projects with gripping titles like “Acid Base Physiology Simulator” and “Gastroenterology Patient Simulator”. After graduating from medical school and while practicing emergency and family medicine in parallel, “The Doctors” formed a friendship with several game programmers and designers and founded BioWare (www.bioware.com). From then on they produced such games as the Baldur’s Gate series, Neverwinter Nights, MDK2, Star Wars: Knights of the Old Republic, Jade Empire™, the Mass Effect series, Sonic Chronicles: The Dark Brotherhood, and Dragon Age: Origins. Among other projects, BioWare is currently developing Dragon Age 2, as well as the third episode in the Mass Effect trilogy, Mass Effect 3, and the highly anticipated massively multiplayer online role-playing game, Star Wars™: The Old Republic™.

As reflected by their transition from medicine to video games, “The Doctors” also actively pursue passions beyond video games. Dr. Ray Muzyka is an avid poker enthusiast, having won the 2006 and 2010 D.I.C.E. Summit Poker tournaments and claimed the first place ring at the 2008 WCPC Main Event (Western Canadian poker tour), and most recently having cashed in the top 400 players out of 7,500 international players in the 2010 World Series of Poker Main Event. Dr. Greg Zeschuk’s interests include gourmet food, music and fine beer (in no particular order of importance).

In addition to their roles at BioWare and Electronic Arts, both Ray and Greg currently also serve as Directors and Co-Chairmen of CodeBaby Corp. (www.codebaby.com), a software company developing next generation interface for digital media and the Internet.
“We’re truly honored to represent our teams of passionate, hard-working, creative staff across the BioWare Group within Electronic Arts, and they all share this award with us,” Dr. Ray Muzyka said. He added, “Driving BioWare’s success past, present and future are the amazing family of people we have been privileged to work with over the years and our shared core values of quality in our workplace, quality in our products, and entrepreneurship in a context of humility and integrity.”

“It’s very meaningful to us as BioWare co-founders, business partners and friends for many years that the AIAS has chosen this year to be the first year that they induct two people in to the Hall of Fame simultaneously,” said Dr. Greg Zeschuk. “We’d also like to thank our wives and the families of our employees for their continuous support over the years, which together with the hard work of our great teams continually enables BioWare’s success.”

“I’m thrilled to welcome Ray and Greg into the AIAS Hall of Fame,” said Mike Capps, president, Epic Games. “Their passion for excellence, and the joy they find in gaming, is evident in everything they touch. They’re deservedly famous for their industry-defining blockbuster games, but I know they’re even more proud of building Bioware, a values-driven company that’s one of the best places to work in the world.”