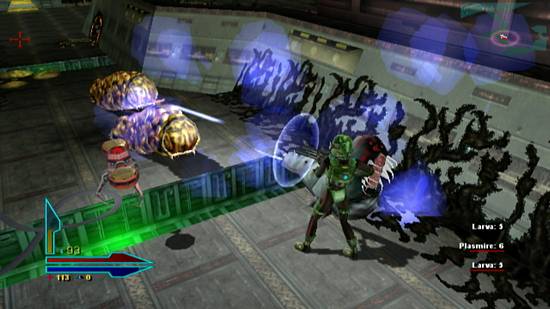 Sega has two versions of Alien Syndrome in development one is for the PSP and one is for the Wii. On the Wii version you can use the nunchuck to and remote to move, aim and shoot at the same time. The Wii remote is also going to be used for crafting, enhancing items and hacking into computer systems. Up to four people can play Alien Syndrome at the same time, which makes it sort of like a futuristic version of Gauntlet. Except you have some more character customization like several classes to choose from and 80 weapons to use. Past the break are some more screen shots of Sega’s revived series.