The Aliens are perfect killing machines. Our only hope for survival
is the ultimate in military force.
Are you ready to sign up with the Colonial Marines?
17 weeks after losing contact with Hadley’s Hope, a new team of Colonial Marines returns to LV-426. The rescue mission becomes a battle for survival against new dangers, new enemies and
a new species of Xenomorphs.
Developed by Gearbox, the critically acclaimed developers of Borderlands™ and Brothers In Arms™, Aliens™: Colonial Marines
is the ultimate action/horror first-person shooter

BLOCKBUSTER FRANCHISE RETURNS
The most authentic Aliens experience ever.
A true sequel to James Cameron’s classic Aliens™. Enter an eerie,
atmospheric world where any moment could bring your death.
Enlist in the Colonial Marine Corps.
Arm yourself with classic Colonial Marine weapons including pulse rifles, motion trackers and flamethrowers.
Drop-in/Drop-out co-operative gameplay.
Gearbox, the masters of co-op bring their expertise to the Aliens
universe. Xenos getting too tough? Call up your buddies so they can drop in with extra firepower.
Badass competitive multiplayer.
Play as Xenomorphs or Marines in additional game modes. Xeno players will have to focus on agile movement and timing of quick, devastating attacks. Marines take them on with teamwork and incredible firepower.
Loadouts and upgrades.
Create your perfect killing machine. Earn experience to get perks, new
weapons and new looks for your squad. 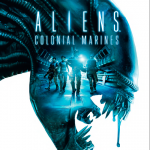 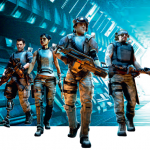 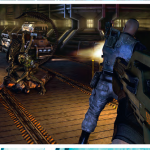 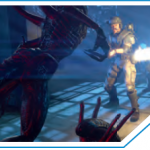 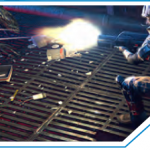 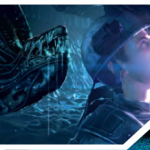 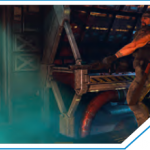