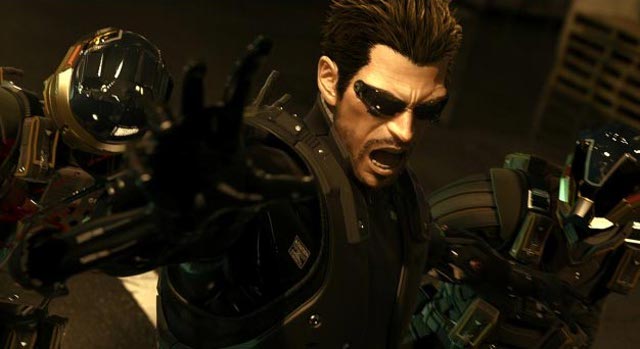 And Square’s big surprise…..is a game that already exists.

Square Enix is a phenomenal company that has produced so many wonderful IPs over the years, so when I heard Square was going to announce a game for the Wii U at PAX East, I was elated.  The possibilities were endless.  Could it be a new Final Fantasy: Crystal Chronicles game, hearkening back to the Gamecube classic where three people got to fight off monsters, while the fourth gets stuck carrying the magic bucket?  Maybe it’s a new different Final Fantasy exclusively for the Wii U?  Kingdom Hearts?  Dragon Quest?  (Something) of Mana?  No.  What did we get?  A Deus Ex re-hash.  I played Deus Ex: Human Revolution on the PC, and I enjoyed it thoroughly.  The RPG mechanics were fulfilling, and the variety of gameplay kept things interesting.  All in all, Deus Ex is a good game but not what I was expecting Square to announce.

Deus Ex: Director’s Cut does include gameplay changes, some of which are momentous improvements.  The most important change Square talked about is the revisions to the boss battles.  Deus Ex is designed to accommodate a wide spectrum of play styles, from running and gunning to the “Ghost” method, which is my modus operandi.  Running around each mission without being seen or detected is way too much fun and so very empowering (this is also why I enjoy Dishonored so thoroughly).

In the original game, you could build your character entirely for stealth, hacking and other clandestine mischievousness, then you would arrive at a boss fight and the game would force you to go toe to toe with some steroid-crazed, machine gun wielding lunatic.  My character was built entirely for sneaking around and doing his best to be invisible.  This made the brawling boss fights incredibly difficult and it seemed like the game was discouraging you from even playing a stealth character.  In the Director’s Cut they have completely reworked the boss fights, making it possible to beat the bosses “without firing a single bullet”.

This change was sorely needed and it will greatly improve the quality of the game.  The change will also give the game more of a Fallout feel, where you can (SPOILER ALERT) beat the game and overcome the end boss by talking him down (yes, you can beat the entire game with just your rakish charm.  It’s awesome).

Other changes slated for the Deus Ex: Human Revolution Director’s Cut release are: Sharper graphics, touch screen hacking, more augmentations (RPG-esque upgrades), improved AI, new missions and more.  All of these additions will make the game an interesting play for sure.  But I am still a little put out.  I wanted a new Crystal Chronicles game!  The Wii U might as well have been designed for it, yet the ultimate four player co-op adventure-RPG still evades us.  Come on Square Enix!  Maybe for E3? Fingers Crossed.