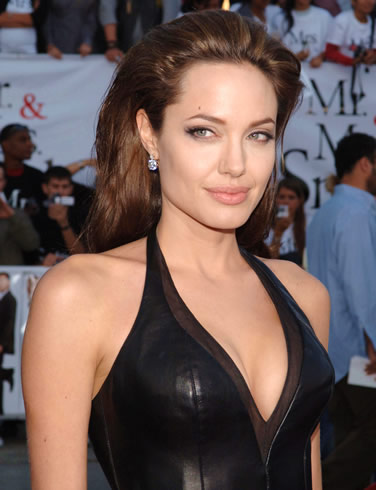 [Brad’s sister] Julie was shocked when Angie sent her children the commando-style video game Ghost Squad. According to a family insider, Julie and her husband Rob sent it back with a note that read, “We don’t promote violence in our home.”

Julie and Rob “shun these kinds of violent games for kids,” says the insider. So when they got the present, it was just too much. It went right back in the box.”

Angelina was not pleased. “She was really angry,” the insider reveals. “She thinks it’s normal and part of being a kid. She even bought Maddox a knife-throwing set and is encouraging him to learn to throw knives!”

Wow, um, Ghost Squad isn’t that violent. To me it seems like Julie is just wanting to pick a fight, and she may not really like Angelina Jolie. Hey we normally post rumors about Nintendo products, but just this one time, let’s start a the rumor that Angelina Jolie’s sister-in-law doesn’t like her. Now take it and run with it!!