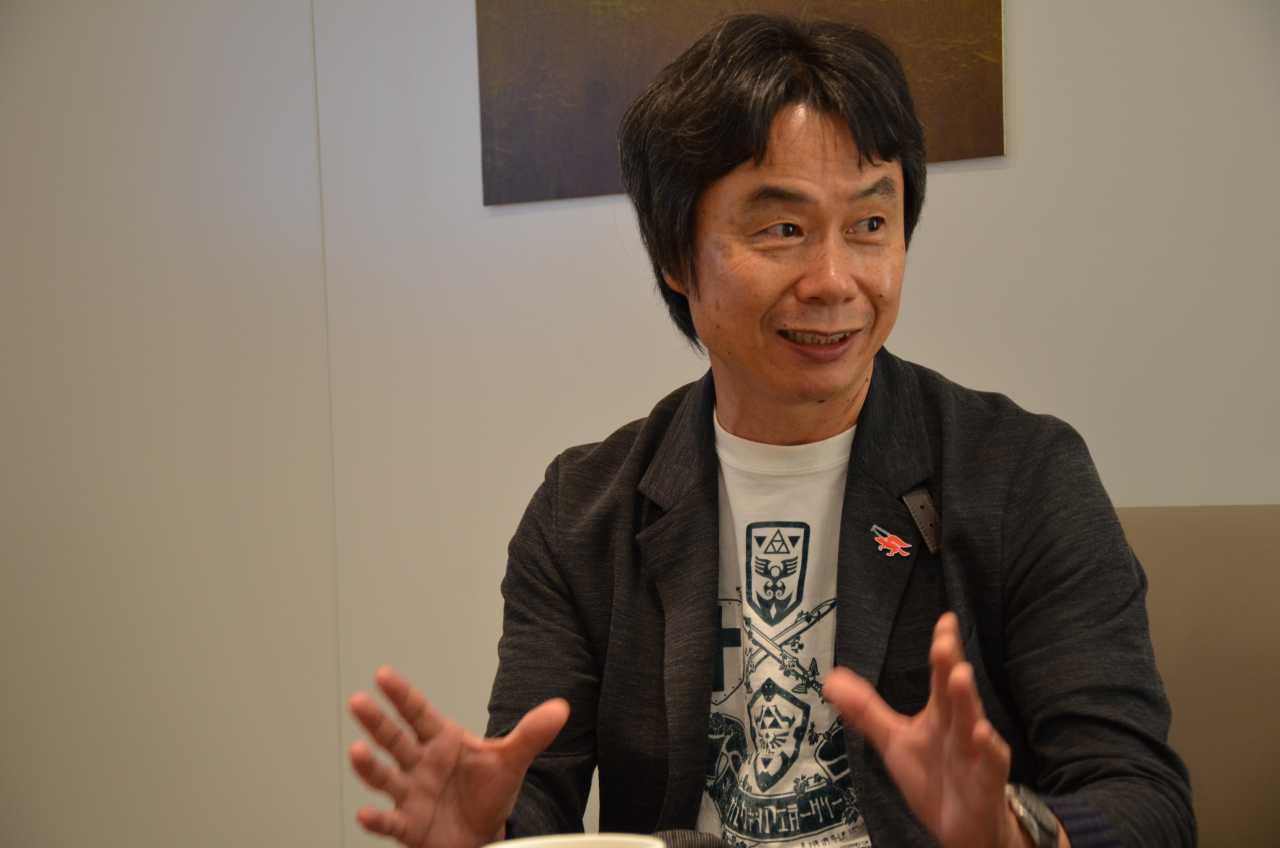 The Associated Press (AP) had an opportunity to sit with Miyamoto to ask him all the burning questions. It’s a pretty good interview to read through below. Tell us what you think in the comments below.

AP: It sounds like “amiibo” has been a success since it launched with “Smash Bros.” You’ve announced that “amiibo” will be compatible with upcoming games like “Mario Party 10” and “Yoshi’s Woolly World,” but how else do you see the figures being utilized in the future?

Miyamoto: We’ll continue to make future games that will have functionality with the “amiibo” characters as an additional present for people who bought them. Beyond that, we’re looking at how we can use the “amiibo” functionality in the future, including cards and whatnot.

AP: If you discontinue certain “amiibo” figures, will you continue to include them digitally in future games?

Miyamoto: We’re not making promises for certain figures, but the way “amiibo” is designed is that certain games can have “amiibo” specifically for that game. Other games can take advantage of past “amiibo” that developers want to make their game compatible with. In the future, we have the option, if certain “amiibo” figures are no longer available in stores, to release an “amiibo” in card form with the same functionality.

AP: You recently previewed gameplay footage from next year’s “Zelda” installment. What’s your strategy for “Zelda” on the Wii U?

Miyamoto: One of the main things we wanted to do was go back to the open-world concept of the original “Zelda” games and design with that in mind. That’s really the direction the team is going in. This time, we’ve brought back Link’s horse, Epona, and his bow and arrow, but what we’ve decided is really fun is being able to freely walk around in this world and choose what you want to do and how you want to explore. I can’t talk much about it, but one of the things we’re working on right now is that, as you play, the world will change and be affected by what you choose to do.

AP: You’re personally working on a new “Star Fox” game now. It feels like a long time since we’ve seen Fox piloting his Arwing. What’s he up to now?

Miyamoto: I like to create gameplay mechanics more than I do stories. The story might not be too different from past “Star Fox” games, but the gameplay mechanics are going to feel very different because of the two-screen system of the Wii U with the GamePad and TV screen. It’ll make for a very fun and unique way to play.

AP: There was correspondence that came out of the Sony leak that mentioned “Spider-Man” producer Avi Arad was working on a “Mario Bros.” animated film. Is that true? If so, what would your role be in the film, and what do you envision a modern “Mario” film would look?

Miyamoto: I heard something about that this morning. What’s interesting is that over the past 20 years, people come to us on a fairly regular basis about creating “Mario” movies. There are times that those ideas end right when they bring them to us, and other times we’ll listen to presentations. It’s not very unusual, and it’s something we’ve been doing for a very long time. I don’t particularly have a vision that the next iteration of “Mario” is going to be in film.

AP: Mario has been busy on the Wii U with “Super Mario 3D World” last year and now “Mario Kart 8.” Is he taking the next year off? What can we expect from that franchise in the future?

Miyamoto: Since we first created Mario, people have compared him to Mickey Mouse. I’ve always said Mickey Mouse evolved with each evolution in animation. You saw Mickey Mouse each step of the way. From early on, I wanted Mario to be that character in the digital world, so that with each digital evolution, he was there to usher in the next era. I think that maybe when we release the next hardware system, you can look forward to seeing Mario take on a new role or in a new game.

AP: I know you’re working on “Star Fox,” but beyond that, will you continue to design games for the Wii U, or are you already thinking about new hardware?

Miyamoto: We’re focused on providing a robust line-up of Wii U software for next year. It seems like we’ve managed to do that this year and people are very happy with what we’ve done on Wii U. For the time being, our focus is on the Wii U hardware, but Nintendo as a whole has groups working on ideas for new hardware systems. While we’re busy working on software for the Wii U, we have production lines that are working on ideas for what the next system might be.