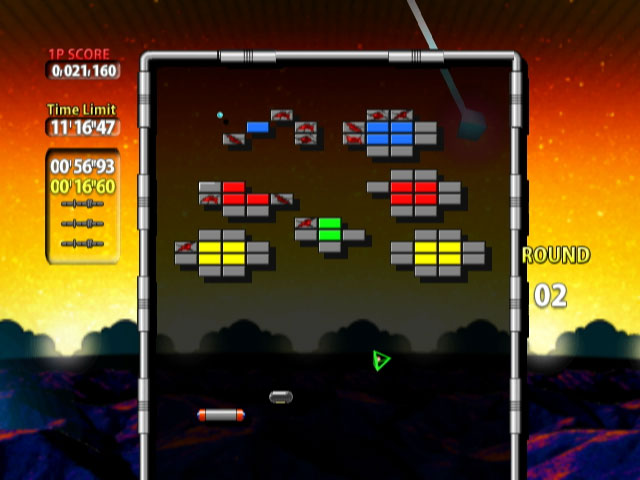 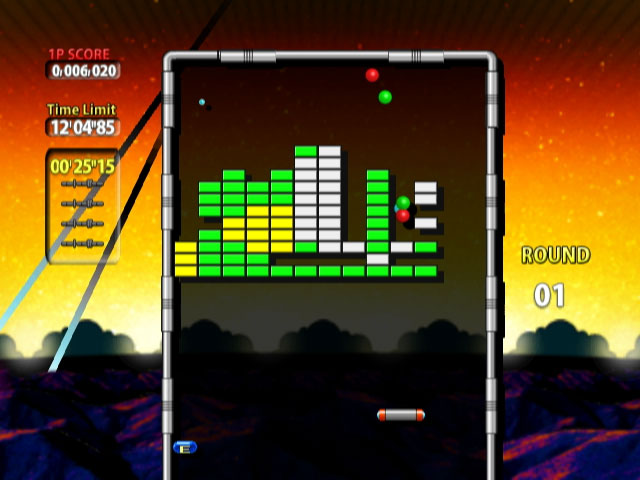 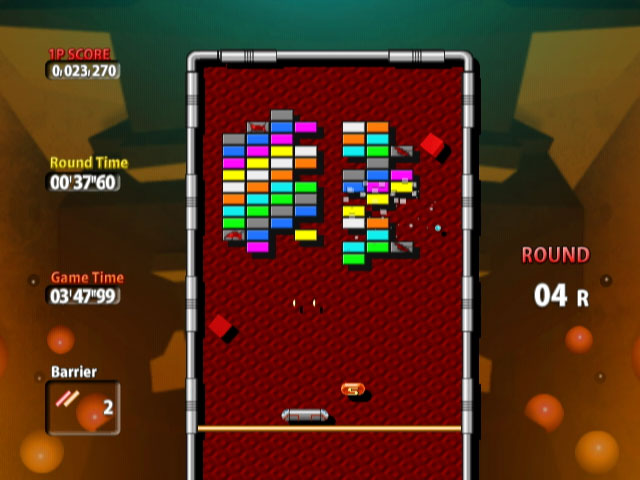 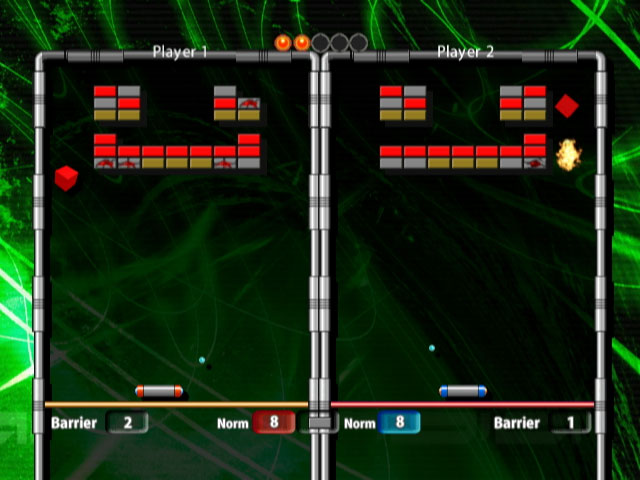 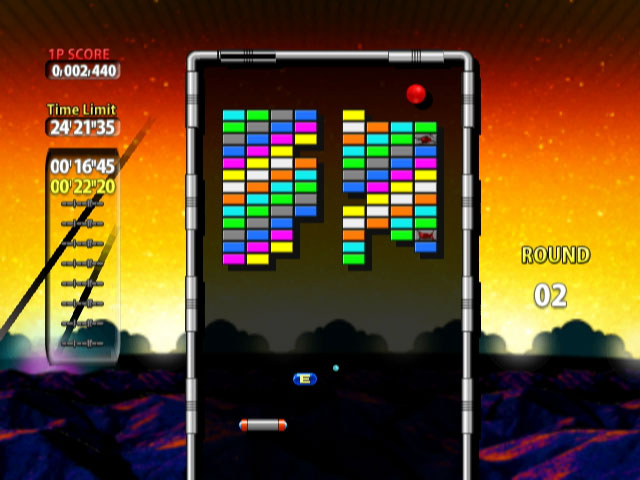 Upon its release in 1986, ARKANOID was a smash hit, becoming the most successful of the second wave of block-destroying games. Originally, it was designed to appeal to business users. Uniquely for a game of its genre, ARKANOID featured a range of different block-types, randomly appearing power-ups, and even enemy vessels. Ten years later, a new version of ARKANOID was released, this time for both home and business users, which allowed two people to play simultaneously in different locations. Now, more than twenty years after the release of the original game, Arkanoid Plus! is coming to the WiiWare.