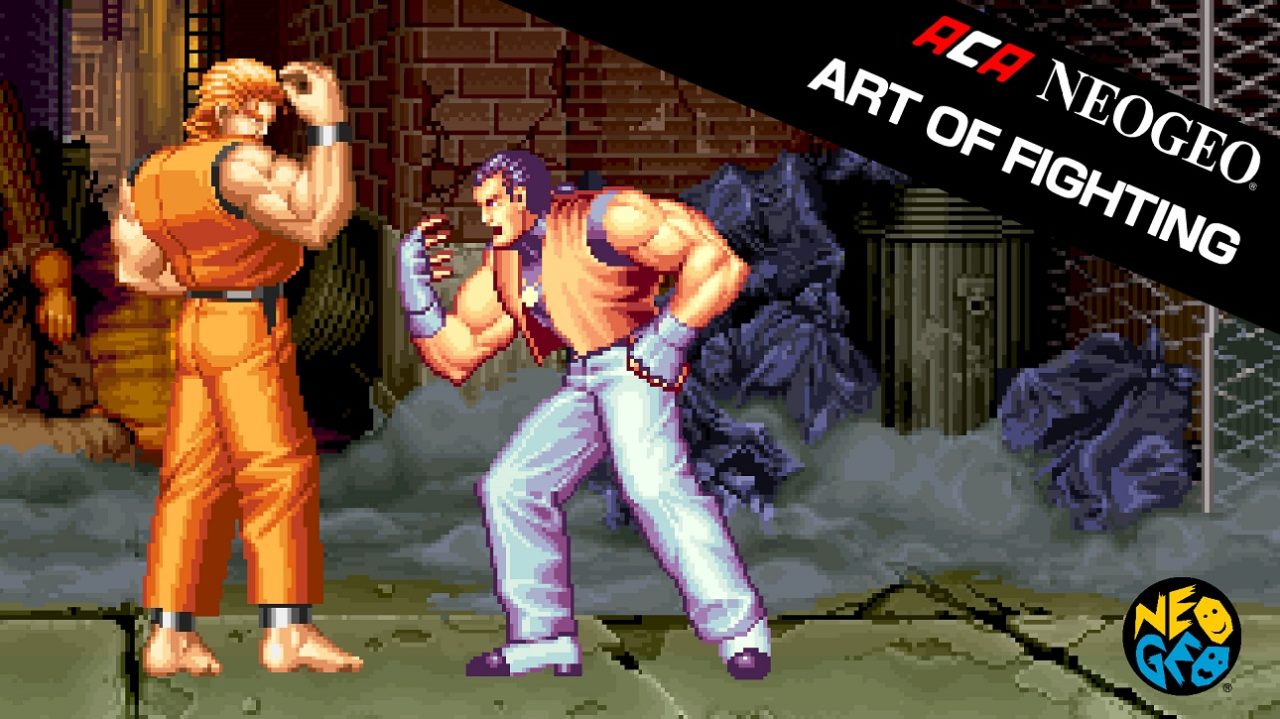 The wave of Neo Geo games landing on the Nintendo Switch continues with the 1992 arcade fighting game, Art of Fighting.

Released at the height of the arcade fighter era, Art of Fighting may have been considered a classic in its time if it wasn’t for the fact it was living in the combined shadow cast by Street Fighter II or Mortal Kombat. Still, even when affording it the reality of the circumstances of its original release, it’s a challenge finding out just what sets this title apart in its genre.

Art of Fighting opens with Yuri Sakazaki (sister of our hero Ryo Sakazaki) kidnapped by the mobster Mr. Big. Ryo, along with his friend Robert Garcia, must use the art of Kyokugen Karate to save Yuri from the forces of evil.

Shaving off points from a fighting game because of a story would normally be laughably unwarranted, but in the case of Art of Fighting, it’s nothing more than a crux. Unlike every other fighting game, the single-player mode only allows you to play as Ryo or Robert in a roster of 10 players. Granted, these characters are all available in two-player mode, which is where most fighting games really sing anyway.

Even when duking it out with friends using a full roster, there’s just not much to get excited about here. Art of Fighting did introduce the concept of a “spirit gauge,” which has the potential to unleash a super attack if executed correctly. Even though it was at the vanguard of a fighting game mainstay, it doesn’t exactly spice up the monotonous fighting.

Movements aren’t nearly as fluid as they are in other fighting games on the Switch, even if you configure controls to suit your needs. Online leaderboards, available in all ACA NEOGEO titles on the Switch, are a more than welcome addition. But with a handful of 2D fighters already up for grabs on the eShop, it’s hard to see why anyone would start here.

Despite introducing popular fighting game elements and tropes, there’s little else in Art of Fighting but history. Unless you’re looking for another excuse to break out the fight pad, or tired of pulling off “real-life Hadoukens” in Street Fighter II, it’s hard recommending this title. If you’re not a fighting game completionist or need a button-mashing game, give this one the cold shoulder.

There’s very little grace found in Art of Fighting but it should at the very least be given props for its place in fighting game history. Still, it’s not easy to recommend this title to anyone but hardcore button mashing fans. Unless you want a hit of coin-op nostalgia or a game to play because you’re somehow bored of Street Fighter II, pass on this title.