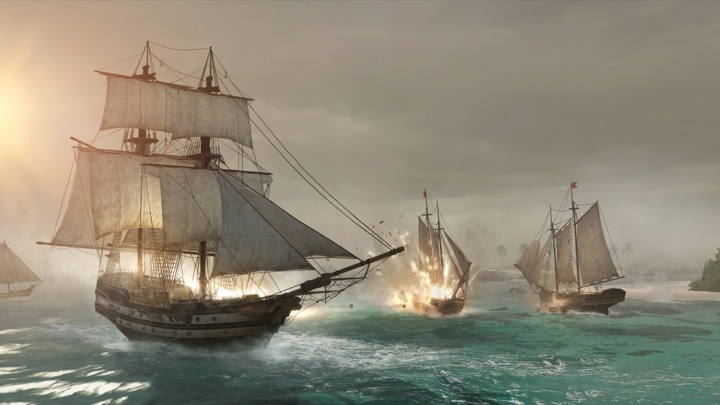 SAN FRANCISCO — January 17, 2013 — Today, Ubisoft announced that the first two Assassin’s Creed III downloadable content packs, The Hidden Secrets and The Battle Hardened are now available for download for the Nintendo Wii U™ through the Nintendo eShop.

•       The Hidden Secrets for Assassin’s Creed III adds three extra missions, including the Lost Mayan Ruins, the Ghost of War and a Dangerous Secret, for an additional hour of gameplay, taking gamers from the lost Mayan ruins to the high seas. Every successful mission is rewarded with in-game weapons. Gamers will also receive:

It’s 1783 and the American Revolution is over, but the true battle is just beginning. Blinded by a thirst for unlimited power, George Washington has declared himself King. Now, our new hero Ratohnhaké:ton must dethrone the tyrant and return freedom to the land.

Assassin’s Creed III is now available on PlayStation 3, Xbox 360, Windows PC and the Nintendo Wii U.