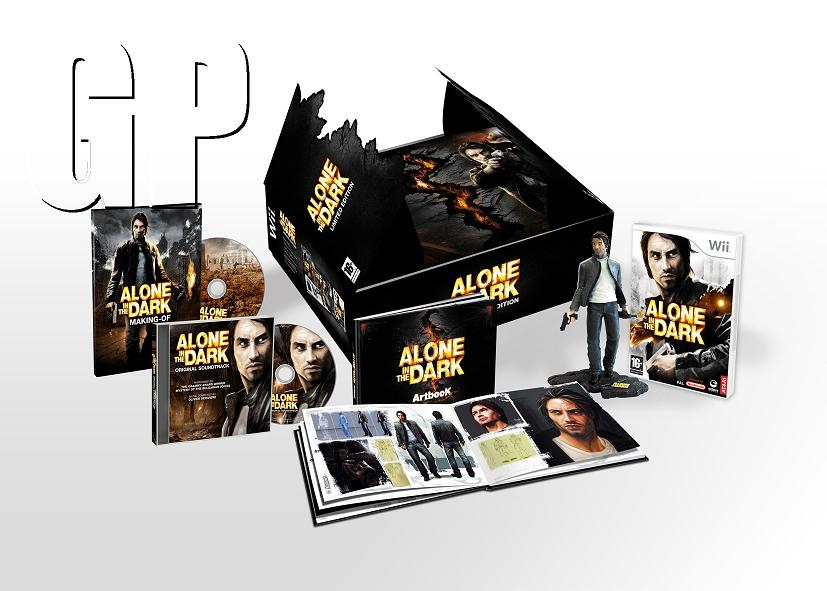 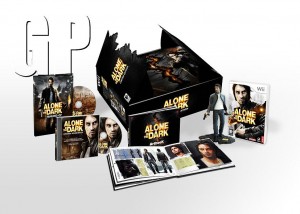 LYON, FRANCE – 22 April 2007 – Atari today announced details of the European Limited Edition of the highly anticipated action adventure game Alone in the Dark, scheduled for simultaneous launch with the game across Europe in June for Xbox 360, Wii and PC.

The full contents of the European Limited Edition box are as follows:
• Alone in the Dark game, one of the most anticipated games of the year;
• Figurine of the game’s legendary hero, Edward Carnby;
• Official Soundtrack CD featuring 8 in-game tracks of original music by Olivier Derivière and performed by Grammy® Award-winning choir The Mystery of Bulgarian Voices;
• Full colour, bound art book featuring never before seen production sketches, storyboards and original artwork from Eden Games;
• ‘Making Of’ documentary feature DVD with exclusive interviews, behind the scenes footage and additional bonus content.

Exclusive items to the Limited Edition include the art book, hero figurine and ‘making of’ documentary DVD which are only available through purchase of the Limited Edition in Europe.
Released in a specially designed box, the Limited Edition takes fans deep into the world of Alone in the Dark, the innovative game that is set to break the boundaries of gaming genres with its action-packed survival experience. During one night in New York, the player takes the role of Edward Carnby battling to survive at all costs and uncover the earth-shattering secret behind Central Park.

Developed by Eden Games, Alone in the Dark uses state-of-the-art technology to create a fully interactive environment where all objects can be freely used to create tools, decoys and weapons. Told in the episodic style of popular TV drama series, the intense story grips the player from start to finish with action, plot twists, and cliff hangers. The DVD-style chapter select puts an end to frustration allowing the player to move on if they get stuck, and creating the first game that absolutely everyone can finish. The Limited Edition shows how these and other innovations were transformed from ideas and ambition into heart-stopping, nail-biting gameplay reality.
For more information on Alone in the Dark visit www.centraldark.com, and for Atari’s entire product line up visit www.atari.com.