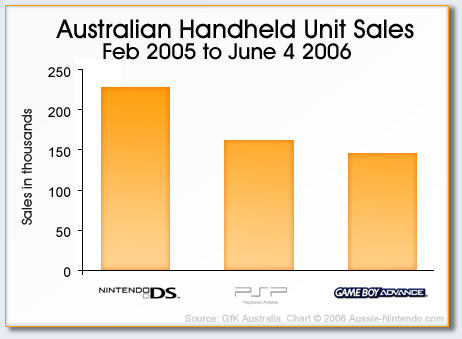 the ds lite is making mad cheddar in the land of down under. MAD CHEDDAR! nintendo is beating out sony in handheld sales. even the gba is close to the psp’s sales! according to aussie nintendo the Nintendo DS has sold over 227,369 units across the country, Sony’s PSP has sold over 161,623 units and Nintendo’s Game Boy Advance has sold more than 145,345 units. Lets keep up the good hopes cus nintendos dark days are almost OVER?