The results are in for Australia’s top-selling games of 2013 and, according to NPD data, the news is not great, particularly for the Wii U. 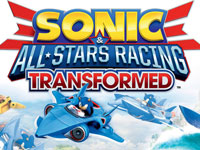 Only eight Nintendo-exclusive titles made an appearance in the top 100 and only one of those was for the Wii U (Sonic & Sega All-Stars Racing Transformed).

Only four of the top ten games are even available on Nintendo systems, emphasising what we already know: the Wii U is lacking third party support and generally not selling well here at all.

The 3DS fares better and Pokemon X and Y were, not surprisingly, the highest-selling Nintendo games at numbers 15 and 16. Mario and Zelda both feature in the top 100 much further down the list at numbers 75 (New Super Mario Bros. 2) and 76 (The Legend of Zelda: A Link Between Worlds).

The take-away message from all of this? Nintendo’s presence Down Under is drastically lacking, particularly for the Wii U. The marketing for the Wii U here is basically non-existent.

Hopefully tomorrow’s Nintendo Direct and the imminent release of big titles like Donkey Kong Country: Tropical Freeze will improve the situation, however it’s not a case of “if you build it, they will come”. Games need much better promotion here.

Let us know your thoughts on Nintendo’s sales and marketing, particularly if you’re from Australia.