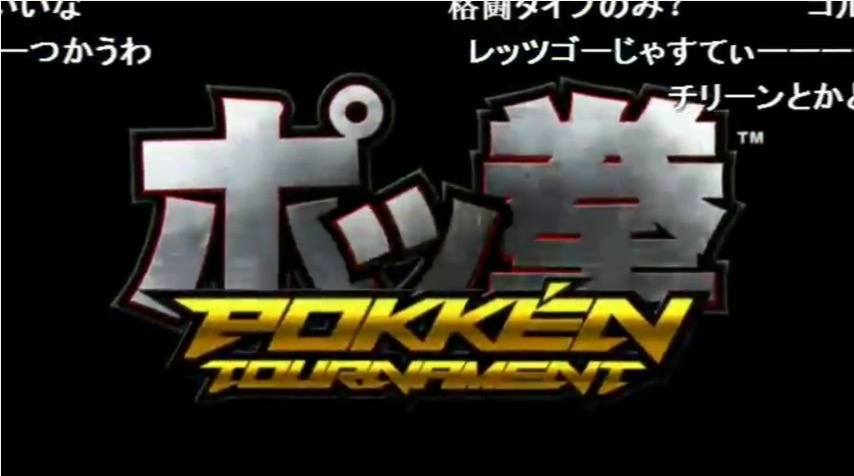 Bandai Namco On The Development Of Pokkén Tournament

Bandai Namco, developer of Tekken, surprised everyone in August of this year when they announced a new Pokémon fighting game called Pokkén Tournament.  We got what seemed to be a glimpse of the game in action about a year prior to that at around that same time, August, in a the form of a short clip at the end of an entirely unrelated Pokémon video.  Shortly after this clip appeared, The Pokémon Company commented that it was ‘merely conceptual images.’

Katsuhiro Harada, producer at Bandai Namco, talks a little more about Pokkén Tournament in an interview with inven, a Korean website.  In this interview Harada touches on how much freedom The Pokémon Company is giving Bandai Namco with the development of the new fighting game.  He also talks about an idea of having Pokémon Trainers join the battle but unfortunately this idea was shot down immediately.

Q: You’re producing Pokkén. Are there many restraints on its development?

A: The Pokémon Company has really strict guidelines, more strict than any other game. There’s also a huge fanbase of children, so we have to be careful to obey a lot of rules with those matters. Surprisingly, they weren’t as strict as I expected them to be with Pokkén. We sent the Pokémon Company 20 ideas and they allowed all of them barring one: I suggested that we have different Pokémon Trainers fight, and they immediately denied it.

Q: If Pokkén turns out to be successful, will you continue to make new titles for the series?

A: I feel like we would always be able to improve Pokkén if there were later installments. Of course having over 700 different Pokémon gives us the opportunity to expand the game quite easily.

When Pokkén Tournament was initially announced by Bandai Namco it was said to release in Japanese arcades in 2015.  This announcement caused an uproar among Pokémon and Nintendo fans alike who were disappointed that the game was not announced for any Nintendo consoles.  While Pokkén Tournament is not officially coming to Nintendo consoles yet, it would be silly to assume that it would not appear on the Wii U or 3DS sometime in the near future.  There are a number of factors at play here.  Japanese fighting games usually get an arcade release before being ported to consoles.  Also, seeing how Bandai Namco had a hand in developing the pair of Super Smash Bros. titles for Wii U and 3DS, it is probably safe to assume Pokkén Tournament will be coming to a Nintendo console.