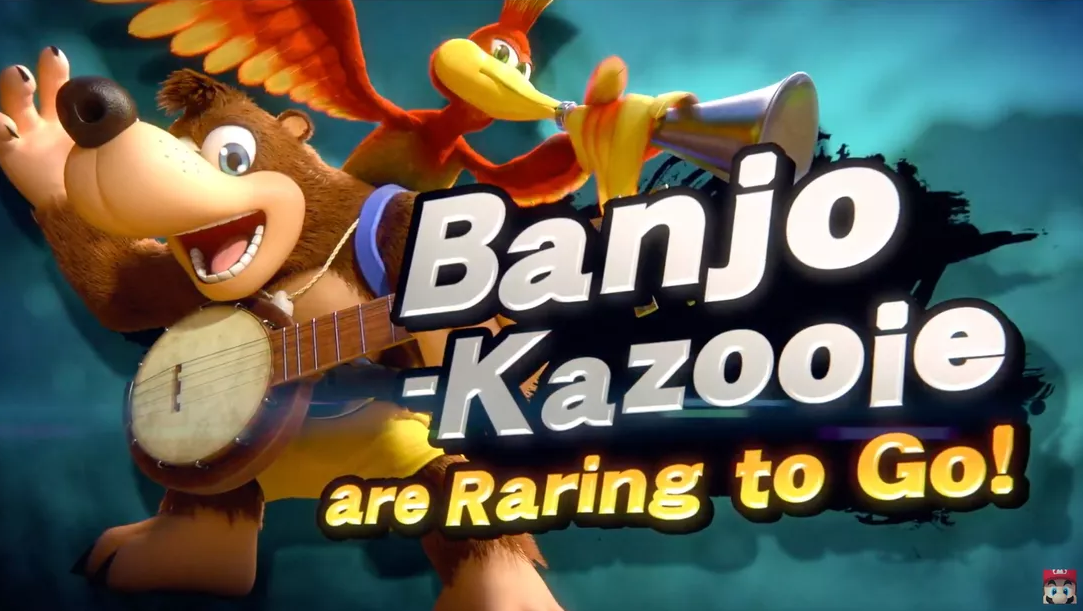 Banjo-Kazooie are raring to go as they join Super Smash Bros. Ultimate this fall

Banjo-Kazooie are raring to go as they join Super Smash Bros. Ultimate this fall

We were treated to a lot of information during this morning’s E3 presentation from Nintendo. Among this came the news that Banjo-Kazooie will be joining the fray of Super Smash Bros. Ultimate from this fall.

The trailer showed a bewildered Donkey Kong as he stared at an apparent silhouette of Banzo-Kazooie, which was revealed to be something else entirely. It was a nice trick that paid off since the bird-and-bear duo then did make a surprise appearance.

Fans will remember Banjo the bear and his bird friend, Kazooie, as the stars in a series of games that began on the Nintendo 64. Did you know that Banjo was actually first introduced in Diddy Kong Racing for Nintendo 64? Still, the kind-hearted character is best known for joining up with his wise-cracking sidekick in the 1998 Nintendo 64 game Banjo-Kazooie. The beloved pair has remained inseparable since, using an arsenal of acrobatic and egg-shooting moves to defeat enemies, overcome obstacles and locate golden puzzle pieces.

Are you looking forward to playing as Banjo on a Nintendo console again? Let us know your thoughts below!

Are you at E3 this year? Whether you’re there in person or following along online, catch all the E3 news here at Pure Nintendo. You can watch the full Nintendo Direct for E3 below.