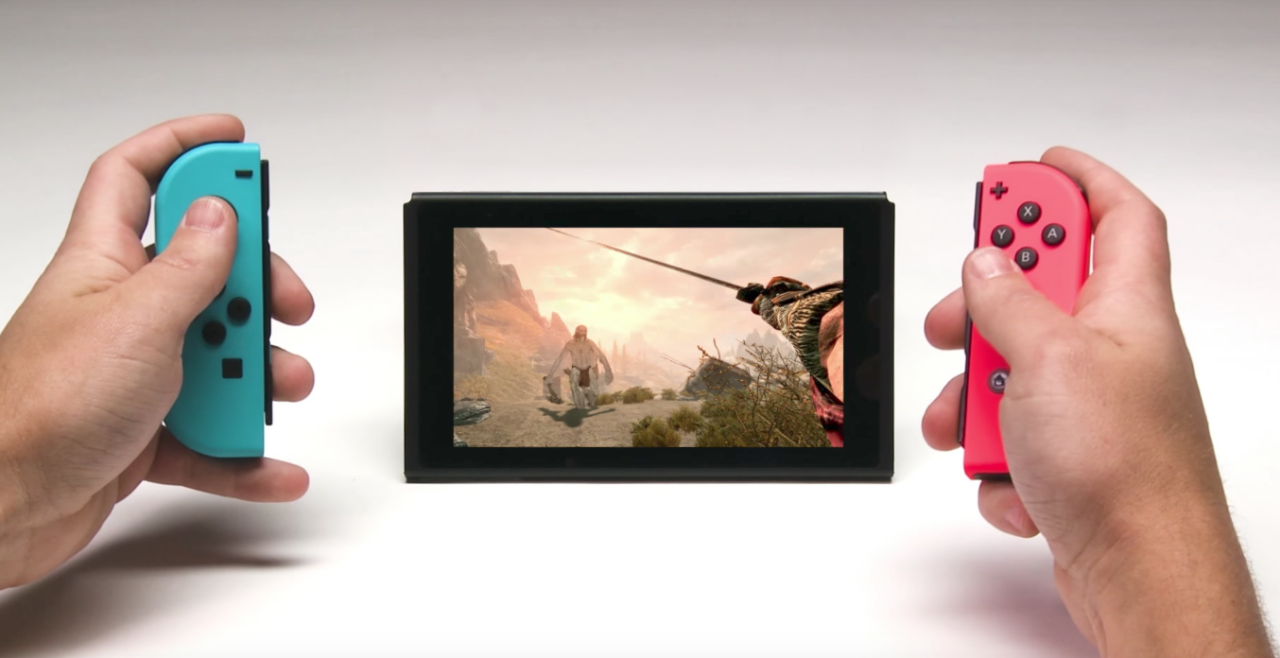 When we last heard any concrete information about The Elder Scrolls V: Skyrim for the Switch, all we knew was that it would be arriving on Nintendo’s latest console before the end of 2017. Other than that, further details were scarce such as what features this port of the popular open-world RPG would include and whether it would be the special edition remaster.

Now, Bethesda has finally shared more information of Skyrim for Switch with a brand new trailer (embedded below) that aired during the company’s annual E3 press conference. The trailer confirms a few new features for Switch, some of which should get many Zelda fans excited. The first feature shown in the trailer was amiibo support. A Link skin can be unlocked via one of the Breath of the Wild amiibo, alongside acquiring the Master Sword. It is unclear at this time what other Breath of the Wild or Zelda-branded amiibos will unlock. In addition, motion controls with the Joy-Cons will be supported for this particular Skyrim port. Also, all DLC released previously for Skyrim will be available with the package at no additional cost. Finally, Bethesda took to their own Twitter page to offer some encouraging and thoughtful words about bringing Skyrim to one of Nintendo’s platforms. In a tweet, the company stated that it is “really special for us to finally work with Nintendo.”

Bethesda did not provide a solid release date other than Skyrim for Switch is slated for “Fall 2017.”

So, after spending hours upon hours exploring Hyrule in Breath of the Wild, will any of you be making the plunge (again?) into Bethesda’s much-loved open-world adventure with these new features? Tell us below.