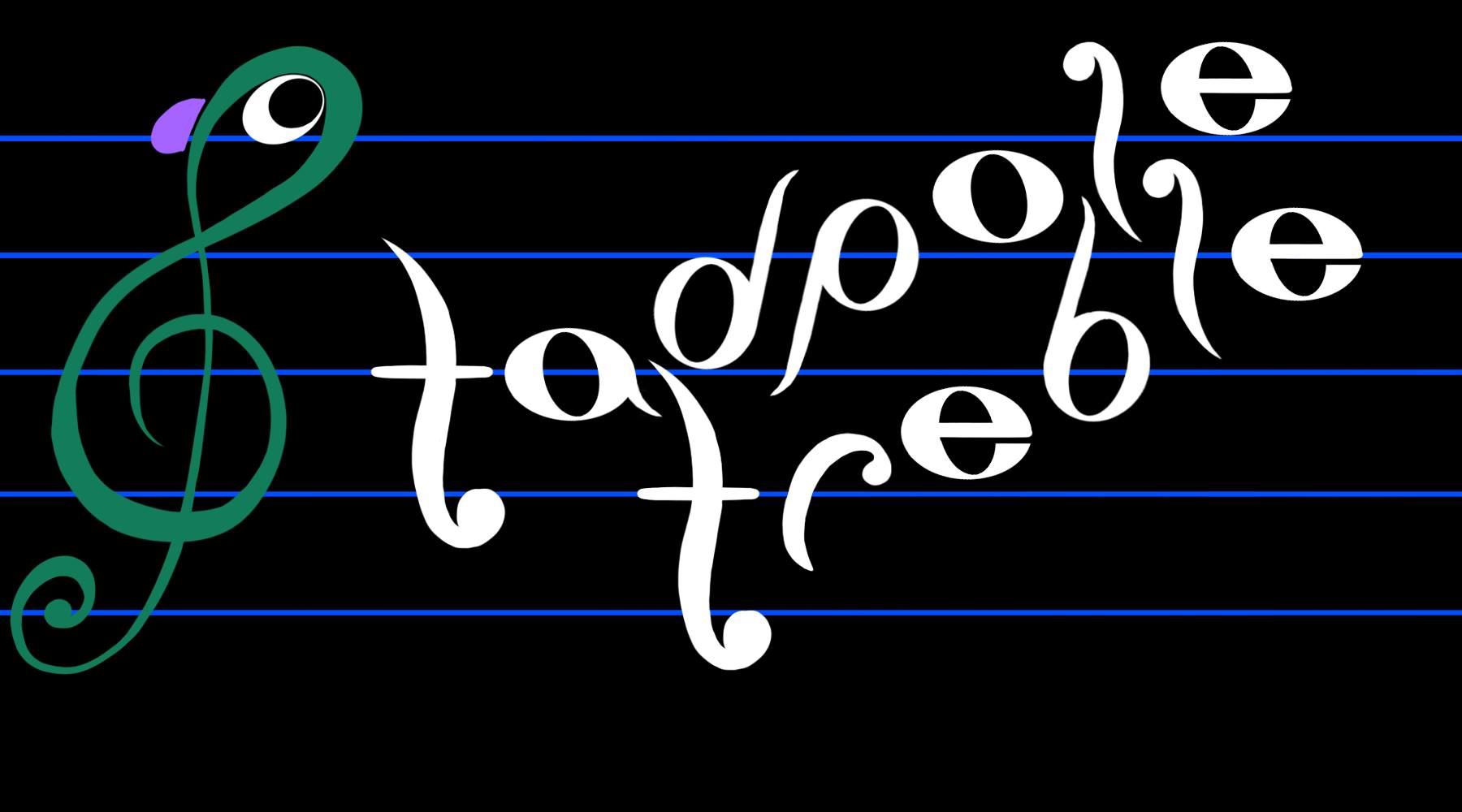 BATON ROUGE–BitFinity, the company behind the wildly popular webcomic, Brawl in the Family, is returning to Kickstarter once again to fund its upcoming musical adventure video game, Tadpole Treble. BitFinity was founded by brothers Matthew and Michael Taranto and this is their second KickStarter campaign. In 2012, the company surpassed their funding goal of $10,000 to produce hard-cover anthology of the Brawl in the Family comics; the campaign raised over $56,000. Bitﬁnity’s latest project, Tadpole Treble, has been in development for over two years and now the company is seeking crowd-funding support for $30,000 to fund the last stage of the development process. Currently the Kickstarter is over 76% with 12 days to go. Upon successfully completing the campaign, Tadpole Treble will be released digitally on PC and Mac in December 2014. If the campaign receives enough support, Tadpole Treble will hit the Wii U’s eShop simultaneously as well as mobile devices. Matthew and Michael Taranto received ofﬁcial Wii U developer status and they can receive a development kit.

Tadpole Treble follows a young tadpole named Baton attempting to make her way home across numerous dangerous levels and boss stages. As players lead Baton through the environments, each stage’s theme music is represented onscreen in the form of a barrage of notes on a staff. Swimming up and down the staff, Baton must dodge the notes and interact with a variety of objects all to the rhythm of the music. Tadpole Treble will be geared towards music lovers, video game enthusiasts and both the casual and expert gamer. “The music is directly tied into the gameplay and the complexity of the music matches the layout of the level design. I feel that great music helps games have a lasting appeal, so we are doing our best to assure that the game’s songs—and the level designs by extension–get our full focus.” says BitFinity founder Matthew Taranto.

In addition to being the artist and writer of Brawl in the Family, Matthew also creates comics and articles for NF (Nintendo Force) Magazine. His passions are deeply rooted in the ﬁelds of art, music, and video games. BitFinity’s team also includes Michael Taranto, who is a skilled musician and entrepreneur, and a seasoned programming team that has worked on over a dozen ﬁnished games, including Heavy Metal Madhouse, Redzone Rumble, and the award-winning upcoming mobile game, Swap Drop Poker. “We’ve put a lot of passion and time into this game, and would love to see it fully funded so that it can reach its full potential,” says Michael. “Kickstarter is a great way for gamers to fund and give feedback on the type of projects that they’d like to play, and it’s been a real boon for the indie gaming industry.” The game will be released digitally on the PC and Mac, December 2014. If the campaign receives enough support, Tadpole Treble will hit the Wii U’s eShop simultaneously as well as mobile devices. Currently they have reached 76% of their goal with 12 days left. For more information please visit the Tadpole Treble Kickstarter page. If you would like to green light Tadpole Treble for Steam, please vote on Tadpole Treble on Steam. 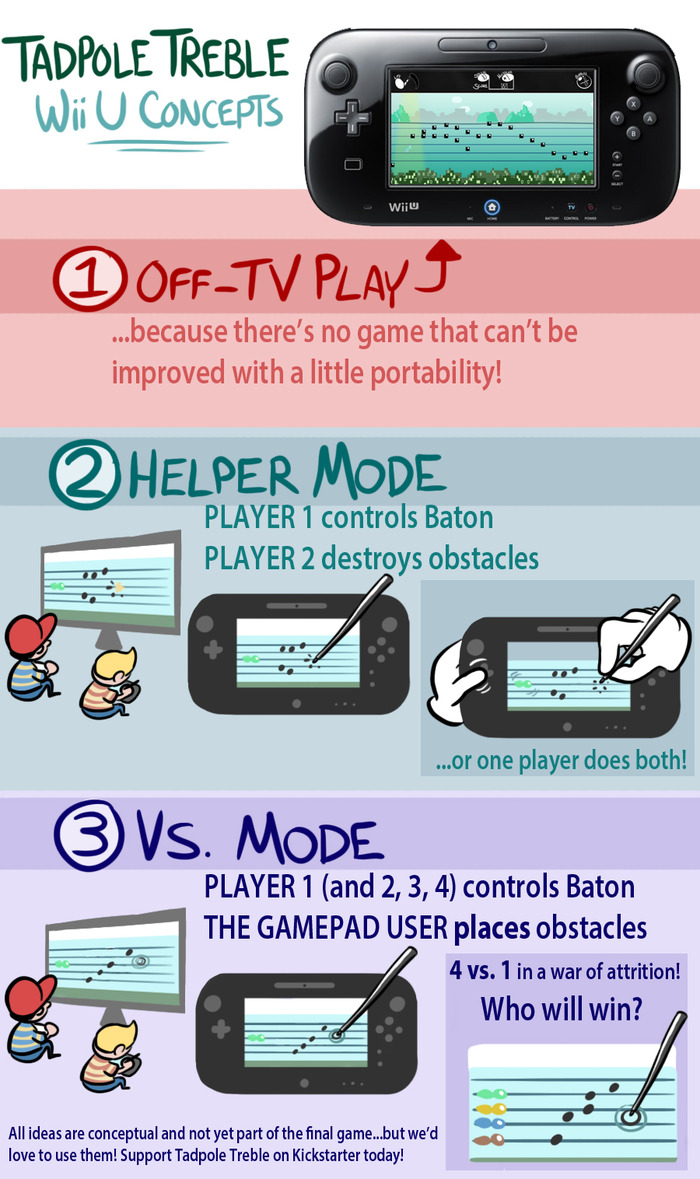