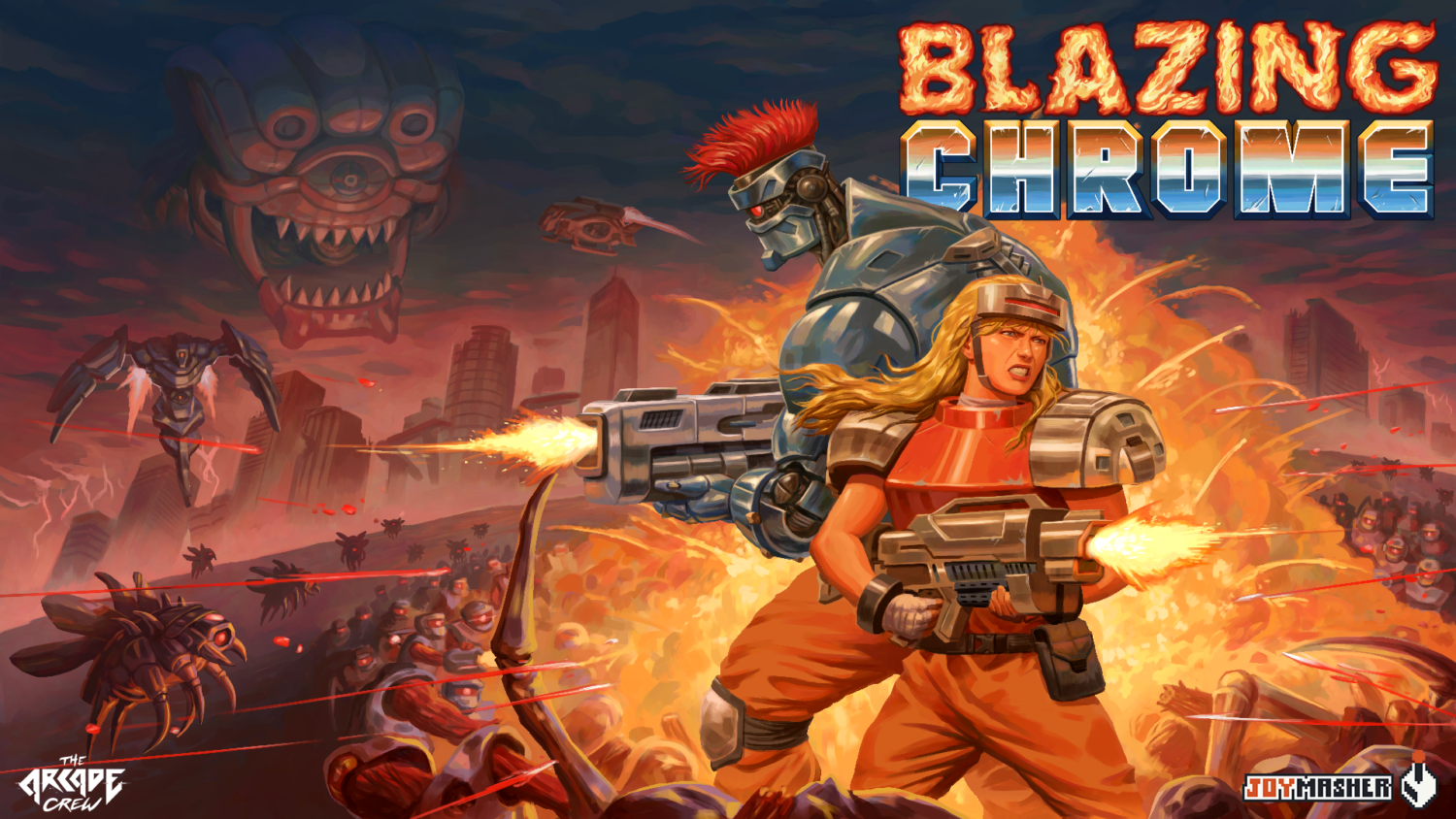 Publisher The Arcade Crew and developer JoyMasher are bringing their enemy-infested run-and-gun platformer Blazing Chrome to the Nintendo Switch on July 11.

Blazing Chrome is a retro shooter if ever there was one. The latest trailer shows off the game’s side-scrolling style, reminding us of classic titles like Metal Slug and Contra. The game promises six highly varied stages filled with deadly enemies ready to spray bullets in your face.

The game follows two protagonists: Mavra, a lone human resistance fighter, and the rebellious robotic insurgent, Doyle. There are more characters to discover too, unlocking even more abilities as you run and gun your way to victory. The trailer showcases some of these hidden characters, including Suhaila, a razor girl with a robotic arm, and the skilled and deadly ninja Raijin.

The new characters are armed with unique ninja-based weaponry – players can harness a deadly katana, jump higher, and dash their way to a completely new combat experience in a Contra-like game.

Do you prefer Metal Slug or Contra? Check out the Blazing Chrome trailer and let us know if this new game is on your radar.