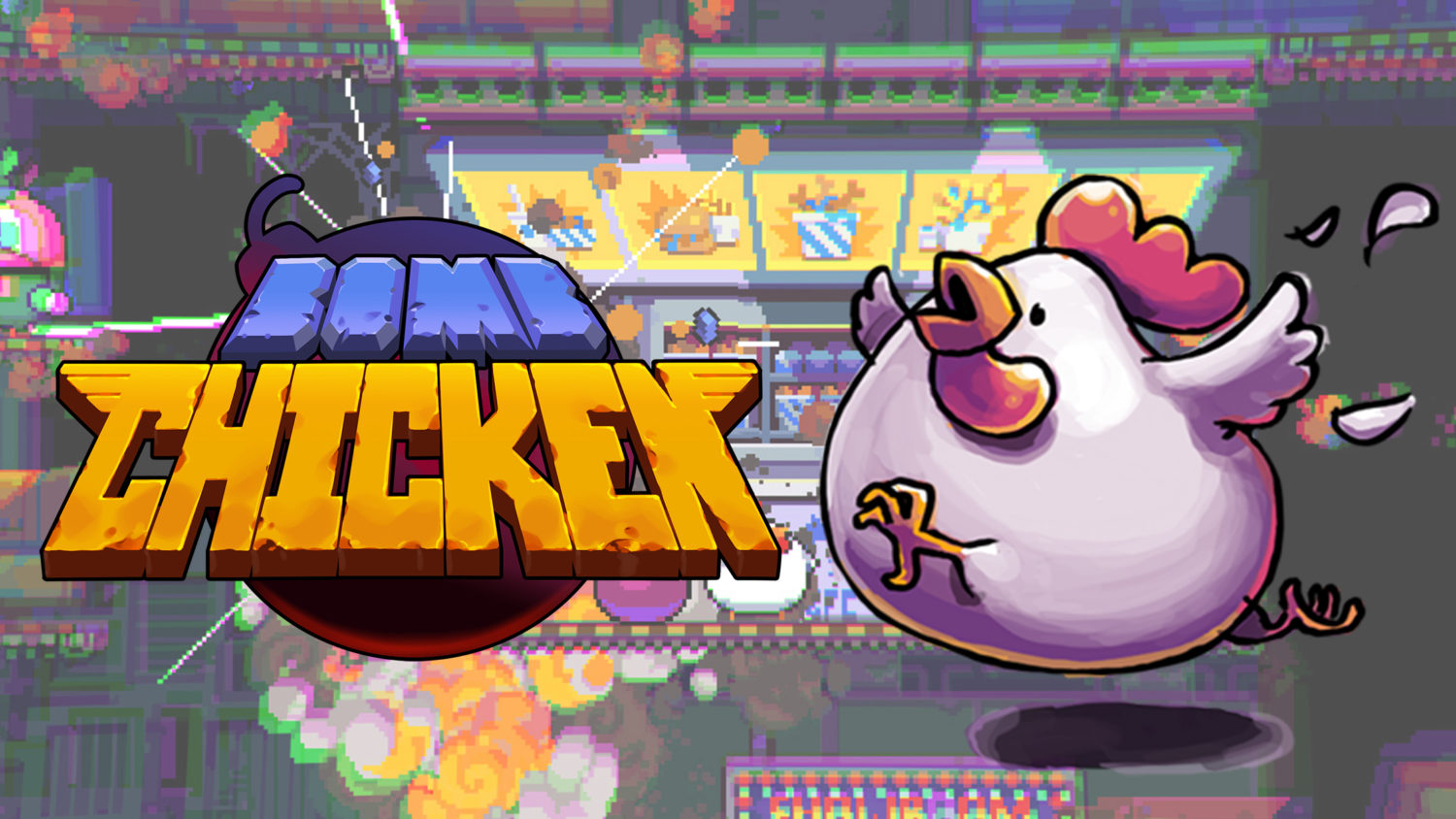 From the second you lay eyes on this bomb-pooping bird, you know Bomb Chicken is going to be a quirky ride. But is it a fun one?

Yes, putting something quirky, snarky, or downright silly is a tricky alchemy. There’s plenty of examples of games that bet on a jokey premise to take them to the top of the charts in lieu of actual gameplay. I won’t name them here to spare the innocent. After all, when the hilarity pays off, it pays off in strides. WarioWare, Oddworld, and even the often overlooked Henry Hatsworth are examples where the joke keeping the game afloat never ran stale. 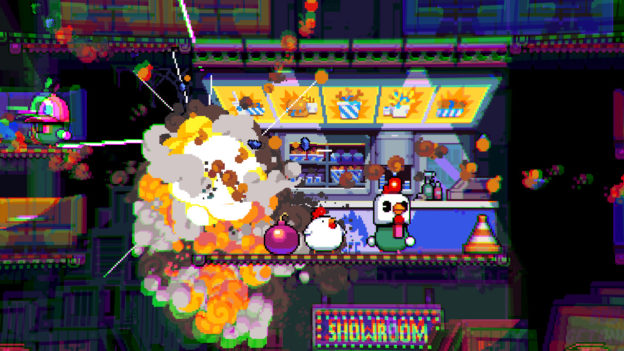 I don’t want to spoil the punchline here, but Bomb Chicken can easily sit on the echelon of the aforementioned classic quirky titles. The premise is goofy enough. You’re an absolute unit of a chicken who poops out explosives. It’s even more satisfying when you see it in action. If you’re looking for a Bomberman clone, look elsewhere. Bomb Chicken runs a little deeper than that.

Using your bomb-pooping abilities, you must traverse through a deadly fast-food factory, using your special gift to rescue your fellow birds. By creating bombs, you can destroy enemies in your path, or stack them on top of each other to overcome obstacles. But remember, these are bombs and, like all old-timey ball and wick explosives, these will go off. Your ladder to freedom can also easily be your undoing.

Timing gets increasingly difficult as you progress. On many occasions, I created a massive ladder, taking leaps of faith over lava pits or spikes, only to plunge to my death. On occasion, my faith paid off and I continued my adventure. In any case, you don’t have to worry about taking chances. The game is relatively forgiving for the kind of gamer who dies a lot. And like any great title, there’s even a handful of bosses to take down. Each of them make you think of different ways to use your special ability in order to topple the behemoths before you.

The substance is there, but that doesn’t mean the game lacks style. Everything from our hero to the game’s dismal setting is designed beautifully. Even before you lay your first explosive egg, you’ll be dazzled by this gorgeously-rendered game. 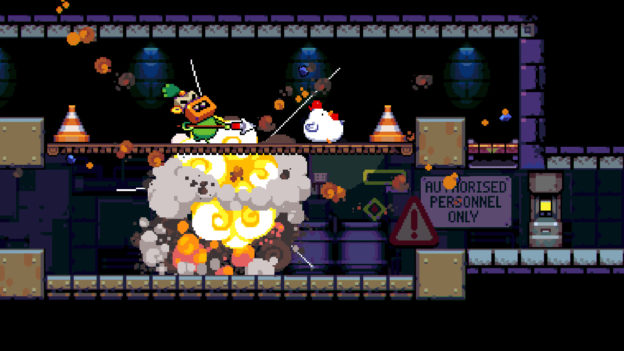 Even after the initial goofiness wears off, Bomb Chicken coasts to greatness on the game’s everlasting charm. It works like all effective puzzle platformers do: on a simple premise executed beautifully. Plus, it’s a Chicken who poops bombs. What’s not to love?