Square Enix have announced a release date for Bravely Second, sequel to the highly acclaimed RPG, Bravely Default. The follow-up will be released in Japan on April 23, 2015.

Square Enix also showed off the collector’s edition, pictured below, which comes with a special Pope Agnes mini figure, an art book and novel “Bravely Default 200 Years Later: Shine Maiden of the Wind Edea Oblige”, a mini soundtrack, a U notebook, Magnolia rubber strap, and a code for in-game content. The impressive package will set you back 14,800 yen (about US$120) on the Square Enix e-store.

With Bravely Default originally released in Japan in October 2012, and not until February 2014 in the US, it will be interesting to see if Bravely Second suffers a similar delay. In the meantime, let us know if you’re excited about this news of a release date. 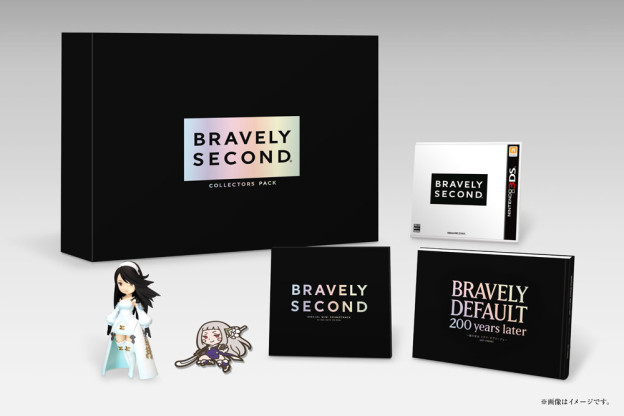