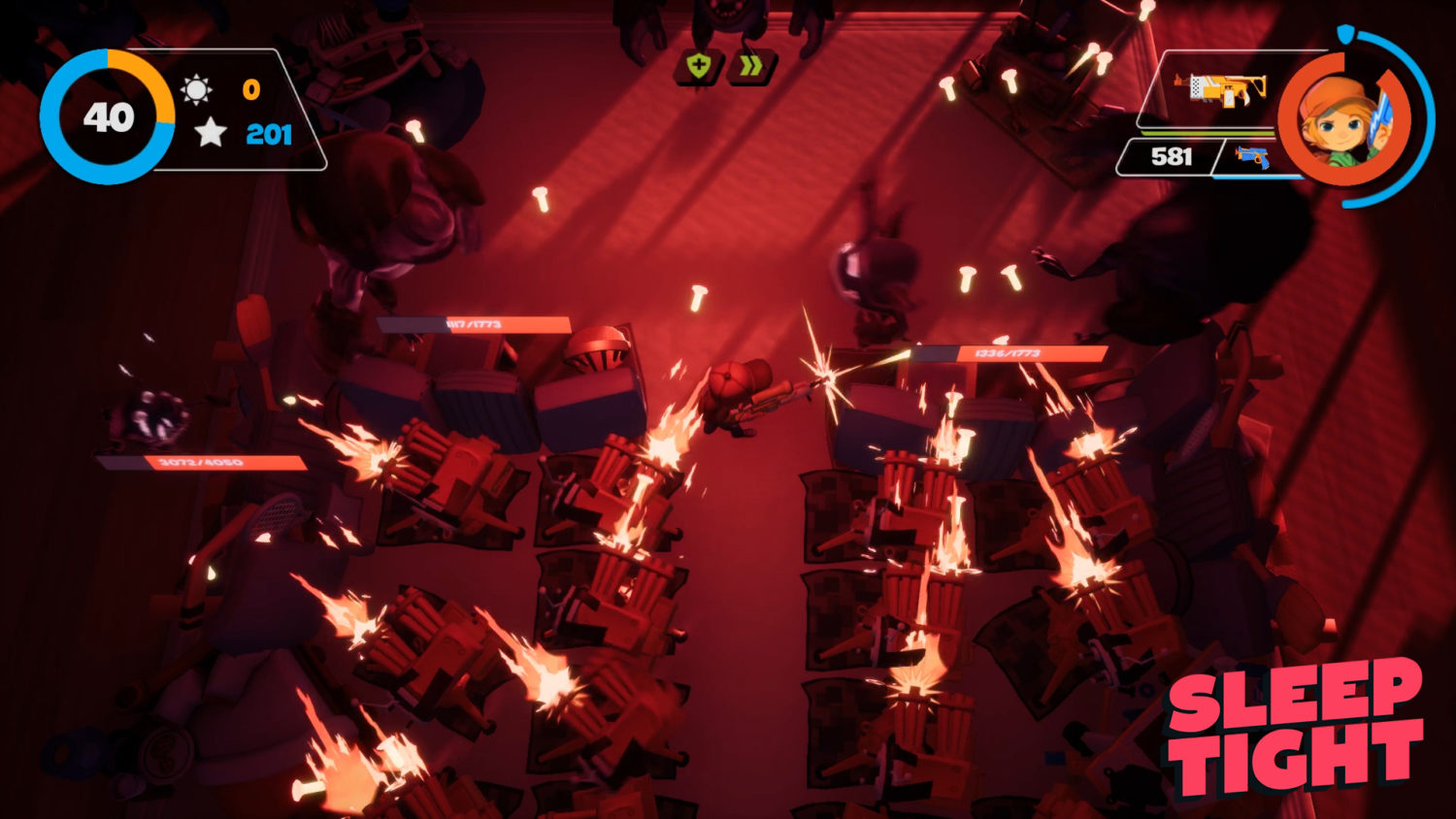 Build your fort and survive the night with Sleep Tight, coming to Nintendo Switch

Build your fort and survive the night with Sleep Tight, coming to Nintendo Switch

Developers We Are Fuzzy have announced their first release, with Sleep Tight coming to the Nintendo Switch in early 2018.

Sleep Tight is an arcade-style, twin-stick shooter with base-building elements. The game takes players back to their childhood, where you’ll be building pillow forts during the day in preparation of fighting off monster hordes after dark. Fight with dart guns, water balloons, and more, collecting stars to upgrade skills, power-ups and weapons.

Sleep Tight draws from shared childhood experiences to deliver a fast-paced twin-stick shooter that marries adrenaline-pumping action with a charming world wrapped in blankets of nostalgia.

We Are Fuzzy is led by Maxx Burman, whose credits include Far Cry, League of Legends, Westworld, and Titanfall. The team also comprises VFX artists like Dylan Ekram, a Disney character artist who worked on the likes of Wreck It Ralph and Zootopia.

Sleep Tight will hit the Nintendo Switch in Q1 2018. In the meantime, check out the action-packed announcement trailer below, and let us know your take on the strongest pillow fort.