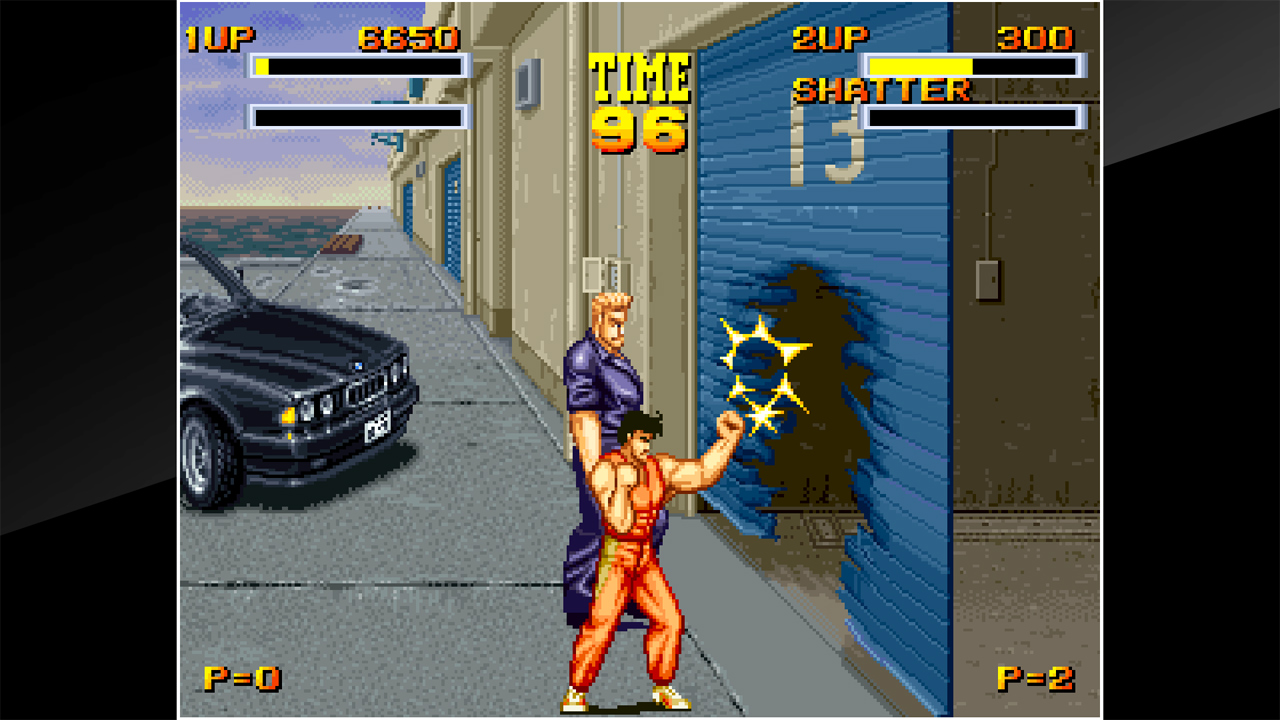 “Wipe out the evil from Japan and the US! Brawl with the mobs!”

Burning Fight is an early 90s Neo Geo brawler, one I thought I remembered enjoying. However, playing it recently on the Nintendo Switch, courtesy of the ACA line, made me realize that it’s really just an average game for genre fans. Playing with a friend brings some limited fun, but if you’re not into games like these you’re best looking at other Neo Geo titles. 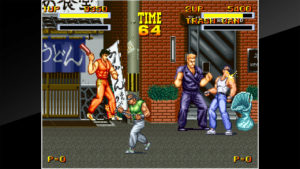 You can choose from a trio of detectives out to take down a syndicate. Billy is my least favorite due to his slowness, but Duke and Ryu play well enough, if familiar. The problem is that Burning Fight has most of the issues this style of game is known for, without much personality to elevate it. The shortage of diversity amongst the enemies, and a lack of even spread, is made worse by the fact that they just aren’t that interesting. The same goes for the bosses, which prove mostly dull. It makes for a game that feels more generic, and ultimately forgettable. 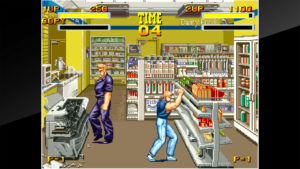 I will say that Burning Fight has more destructible scenery than many comparable games, which is entertaining. Also, its special stages, short sections where you can enter buildings for health and points, are an interesting touch. But other than these, I struggle to think of much noteworthy. This is about as straightforward as games like this come.

The combat in Burning Fight is basic (kicks, punches, throws), but character special moves seem difficult to connect – I’m not sure it’s worth the knock on your health bar. I had a hard time picking up weapons with any consistency as well. Two-player mode makes things much more fun, but be careful as you can damage your teammate. The usual ACA features are present, but they have less of an impact here. 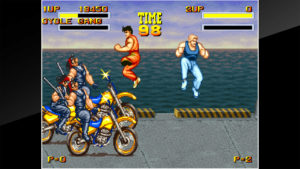 A short button masher, Burning Fight is not an easy game to recommend. Even fans might be disappointed by the early, inconsistent visuals, which can’t compensate for the limited arcade gameplay. The Neo Geo has better brawlers. I wouldn’t be surprised if the Switch finds itself playing host to them before long. Meanwhile, I’d suggest looking at the other Neo Geo games available for download on the Switch before you look at Burning Fight. Even for its time, this game is, in reality, just average.

Playing with a friend brings some limited fun, but if you’re not into games like these you’re best looking at other Neo Geo titles.