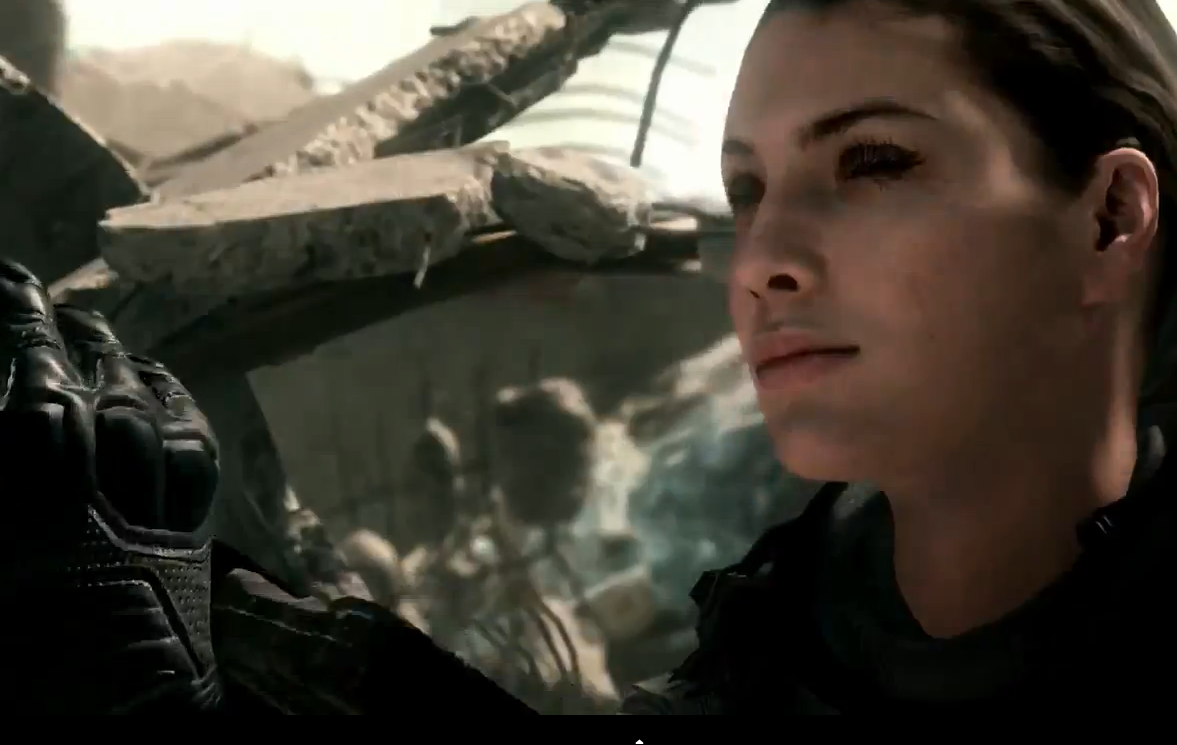 Today Activision and Infinity Ward released the first multiplayer footage for Call of Duty: Ghosts. The games all-new customization includes a revamped Create-a-Soldier system. For the first time players can alter their appearance of the character, which can result in twenty thousand different soldier possibilities. This Crete-a-Soldier customization can be used to create ten unique solders to be used in a squad

These newly created squads can be taken into Call of Duty: Ghosts new multiplayer gameplay mode, Squad. In squad, players can go one-on-one or take on up to six other players as there their squads clash in a variety of different gameplay modes. At anytime AI squad members can be switched out for real life players.

Call of Duty: Ghost will also see the very first time a female character will be available for multiplayer.

Check out the press release for full details. 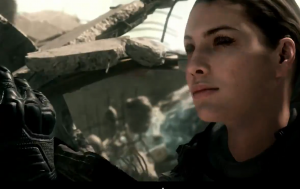 Check out the press release for full details.

[expand title=”Click here for the full press release”] Los Angeles – August 14, 2013 – The next-generation of multiplayer gaming is here. Activision, developer Infinity Ward and Xbox today gave fans worldwide a sneak peek into the all-new Call of Duty®: Ghosts multiplayer, which delivers an unparalleled online experience, empowering fans with the greatest amount of customization, new ways to play, and access ever seen in franchise history. The new title features dynamic map events, new tactical player movements, a visually stunning world, an arsenal of new weapons, killstreaks, maps and game modes, and an all-new second screen experience along with the ability to transport your profile across console generations for the most complete gaming experience possible.

“Call of Duty: Ghosts continues the tradition of unrivaled gameplay and innovation that has made Call of Duty one of the most engaging entertainment experiences in the world played by more than 100 million fans,” said Activision Publishing, Inc.’s CEO, Eric Hirshberg. “Call of Duty set the benchmark for the current gen and that’s exactly what we’re aiming to do for the next generation.”

Call of Duty: Ghosts’ customization includes the all-new Create-a-Soldier system, in which players can customize their various weapon loadouts, plus, for the first time in the series, the physical appearance of their soldier, delivering over 20,000 possible combinations, including heads, body types, equipment, gender, and more.

The customization in Call of Duty: Ghosts continues as players can not only Create-a-Soldier, but also create an entire squad of up to 10 unique soldiers which can be customized down to their appearance, perks, loadouts, and style of play. In addition, each custom squad member earns XP toward Prestige and can also be modified to specialize in various combat classes and across multiple game modes, allowing more flexibility and depth for gamers than ever before.

Players of all skill levels can take their squad of soldiers into Call of Duty: Ghosts’ all-new third mode of play called Squads, where they can enlist to play solo, cooperatively up to 6-players, or competitively for one vs. one, head-on matches pitting players and their squads against others and their squads. Squads features a variety of play-types, allowing fans at any time to swap-out their custom A.I. soldiers with real friends for quick-action co-op. The competition can be fierce as squad soldiers display life-like, skilled tactics and behaviors like side-strafing, corner-camping, jump-shooting and more. Players, plus their squads, will earn XP, and if you’re offline, be prepared as your squad may get challenged for play without you.

“This is the biggest overhaul of multiplayer since the original Call of Duty: Modern Warfare,” said Mark Rubin, Executive Producer, Infinity Ward. “We’re pouring our hearts and souls into making Call of Duty: Ghosts multiplayer the best it can be on next gen and current gen alike. With all the customization options, our new Create-a-Soldier system, dynamic map events, new perks and killstreaks, tactical player animations, new Squads mode, Clan support in-game and on second screen, it’s the complete online experience.”

Call of Duty: Ghosts also features the evolution of multiplayer maps through dynamic map events. Player-triggered traps and events allow gamers to strategically redirect the course of battle, including the ability to call-in a map-changing killstreak, which can completely transform or modify the map delivering new levels of strategy and gameplay.

“Since its launch on the Xbox 360, the Call of Duty series has firmly established its home on the Xbox platform with the game’s largest and most engaged community,” said Yusuf Mehdi, Corporate Vice President of Marketing & Strategy, Interactive Entertainment Business at Microsoft. “With the debut of Xbox One later this fall, we have no doubt that our longtime partners, Activision and Infinity Ward will raise the bar higher than ever before for this incredible franchise in Call of Duty: Ghosts and look forward to add-on content again coming first, exclusively to Xbox.”

The all-new Call of Duty® App gives players a second screen mobile and tablet experience designed to work hand-in-hand with both current gen and next gen versions of Call of Duty: Ghosts. Created by Beachhead Studio in collaboration with Infinity Ward, the app offers the most popular features from Call of Duty Elite and also gives a new dimension to Call of Duty: Ghosts by allowing fans to stay connected to the console experience wherever they go. With the Call of Duty App, players will have the power to edit their entire squad pre-match, and have one touch access to change loadouts for their next spawn while in match, as well as view and share after-action results with friends on Facebook and Twitter, and more. The new Call of Duty App is fully integrated with Call of Duty: Ghosts, and will launch alongside it this November on mobile and tablet devices.

Call of Duty: Ghosts also features a deep level of Clan support and in-game integration. With their Call of Duty account, players can join, create, and manage a Clan all from in-game or from the Call of Duty App. From the game, players can enjoy in-game Clan rewards, as well as Clan vs. Clan playlists, which are all available on both current and next gen. Additional Clan features in the app include Clan Chat, Rally-Up, and a Clan Emblem Editor.

The Call of Duty App also includes for Call of Duty: Ghosts players Clan Wars, an all-encompassing, 24/7, experience on the app that is tied directly to Call of Duty: Ghosts multiplayer, connecting the game and second screen for a truly deep two-way interaction. This brand new experience enlists players into a larger conflict, where any Clan member, no matter what skill level, can contribute to the Clan War mission and compete against other Clans for additional XP and exclusive in-game content.

Led by Hirshberg, Activision unveiled the next generation Call of Duty along with a sweeping list of headlines during the live streamed world premiere, including:

Call of Duty®: Ghosts Season Pass. Four epic DLC Map Packs for one discounted price (based on Season Pass suggested retail price of $49.99/4000 Microsoft Points on Xbox Live and four DLC Map Packs at a suggested retail price of $14.99/1200 Microsoft Points each). Included in the Season Pass is the Ghosts Team Leader Pack featuring for the first time a multiplayer character modeled from one of the characters from Ghosts’ single player campaign, along with additional bonus digital content. While the DLC Map Packs will be available starting in 2014, the Ghosts Team Leader Pack and other Season Pass bonus content activates immediately upon purchase following the game’s launch beginning Nov. 5, 2013. And, once purchased, the Season Pass will upgrade to next-gen (from Xbox 360 to Xbox One, and from PlayStation 3 system to PlayStation 4 system) for a limited time only at no additional cost.
Call of Duty®: Ghosts Collector’s Editions. Two special editions covering the gamut of collector’s interest beginning with the Hardened Edition, including a copy of Call of Duty: Ghosts, the DLC Season Pass, limited edition Collectible Steelbook and Paracord Strap; and the Prestige Edition, which includes all content from the Hardened Edition, plus the Call of Duty: Ghosts Tactical Camera, a full HD 1080p, water resistant, wide-angle mounted, wearable camera based on the actual helmet camera featured in the game itself. Both the Hardened and Prestige Editions are available for pre-order starting today.
eSports. The Call of Duty Championship, presented by Xbox returns in 2014. Additionally, Call of Duty: Ghosts will be the exclusive first person action and flagship title on the Major League Gaming (MLG) Pro Circuit in 2014.
Call of Duty: Ghosts Multiplayer World Tour. A 10-city global tour fan experience hitting Los Angeles; Cologne, Germany; Dubai, UAE; London, U.K.; Sydney, Australia; Moscow, Russia; Utrecht, Netherlands; Sao Paulo, Brazil; Milan, Italy; and Paris, France; leading up to the game’s launch starting in November.

Activision punctuated the broadcast reveal as several of the most acclaimed professional Call of Duty players and a collection of U.S. Marines took to the stage for a live, exhibition match playing the new, next generation Call of Duty: Ghosts. Following the match, Activision revealed how fans can continue to support the Call of Duty Endowment, a non-profit organization that funds efforts to place veterans into high quality jobs, with the unveiling of the newest set of badass dog tags. Starting Nov. 5th, fans can purchase these limited edition dog tags for a suggested retail price of $4.99 at participating retailers. 100% of the profits will go toward the Endowment and its mission.