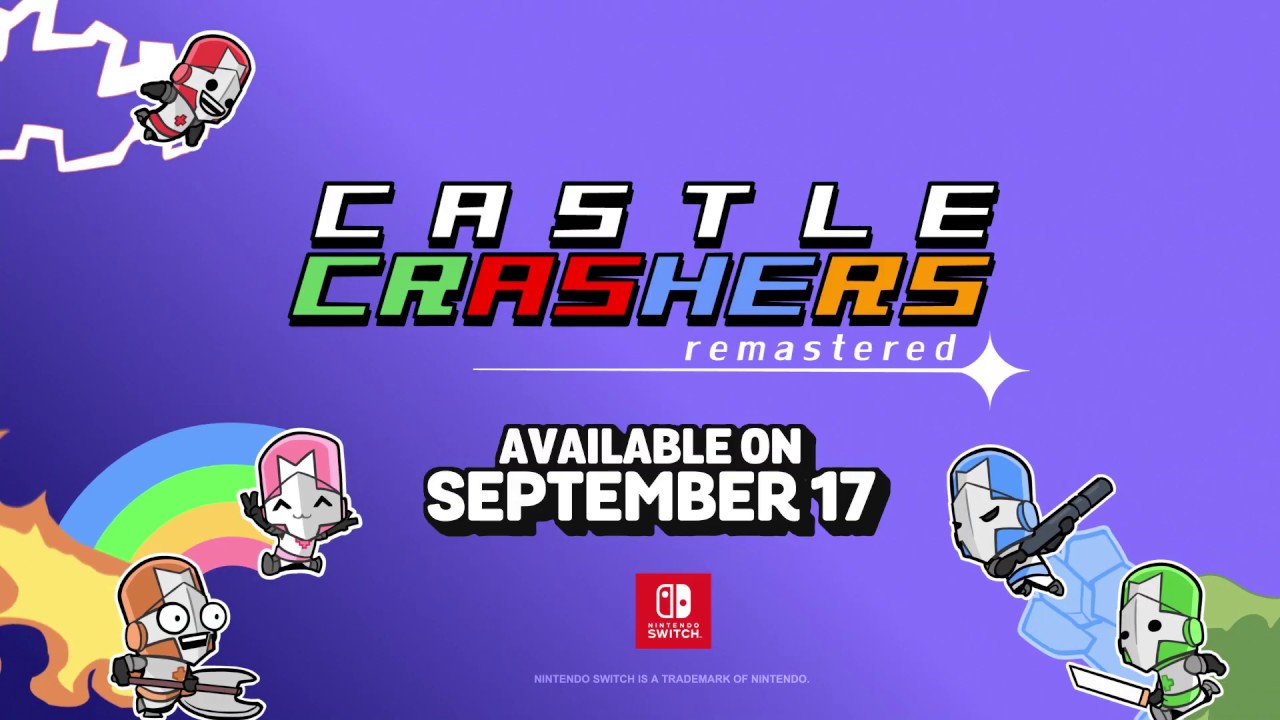 Castle Crashers; a behemoth of a game, and is coming to Switch

Castle Crashers; a behemoth of a game, and is coming to Switch

Castle Crashers; the game that caused a tug of war between childhood friendships. Personal experiences aside, the game is phenomenal; and my favorite indie title ever released.

Spend all your time with friends before then, and buy a cat (you’ll need one, otherwise you’ll be pretty lonely).

Here are the details for Castle Crashers Remastered:

Where will I be able to buy Castle Crashers Remastered, and how much will it be?

Castle Crashers Remastered for Switch will be available to purchase digitally on the Nintendo E-shop for $14.99 USD when it hits stores on September 17, 2019. When the PS4 version of the game launches, you will be able to pick it up in the PlayStation Store for the same price.

What does the “Remastered” part mean?

Remastered means the game includes all of the differences from the original:

What special Nintendo Switch features are there? What about PlayStation 4?

The Switch features HD Rumble, Switch Online, and up to 4-player local Joy-Con support so you can use your Joy-Cons in any configuration to play with friends online, offline, on the big screen, or in the palm of your hand. On PS4, lightbars will be set ablaze with your character affinity color, and you can play online or offline with friends for up to 4-player chaos!

Is the game going to be cross-platform?

It’s not something we have in our plans. For now, you’ll have to stick to grouping up with friends on the same console, but between couch co-op and online play you should still have plenty of ways to connect!