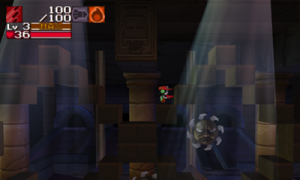 Cave Story Delayed For Improvements – due in November

“We are currently undergoing improvements to enhance gameplay. Changes are in the small details, but in order to satisfy both the fans and the new players we need to make sure the game is done right. Please look forward to it this holiday season. Cave Story 3D will be a blast,” says Jack Niida, producer at NIS America, Inc.

As you advance through the game, you’ll learn the origin of the Mimigaworld, as well as your own. Like the critically acclaimed Pixel masterpiece, Cave Story 3D is a combination of high-speed shooting action scenes with an emphasis on platforming, exploration, and light puzzle solving, as well as an engrossing storyline.