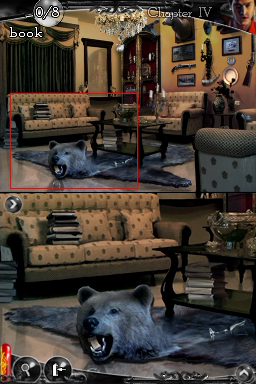 Chronicles of Vampires: The Awakening Releases in North America on May 17th

Teyon, a video games developer and digital publisher, and Viva Media, a publisher of top casual games, are proud to announce the release of the second and final episode in Chronicles of Vampires series. This supernatural hidden object adventure will appear on Nintendo DSiWare™ and in Nintendo eShop on May 17th 2012, for 500 Nintendo DSi Points™ and $4.99 respectively. Full of unexpected twists and turns, Chronicles of Vampires will offer you plenty of secrets to discover!

Previously in Chronicles of Vampires Linda Hyde discovered a supernatural conspiracy threatening the world. Because of her unique gift, only she alone can prevent the awakening of primal evil. She must halt the sequence of events that together will unleash demonic destruction upon all mankind!
Guide Linda as she moves between the worlds of people and vampires as you explore chilling locations, uncover hidden objects, and solve mind bending puzzles. Defeat the conspiracy of wicked creatures and rescue humanity by uncovering the shocking truth in the final episode of Chronicles of Vampires!

ENTER A SECRET WORLD OF VAMPIRES. Immerse into the captivating Hidden Object Adventure in the vampires’ world.
RACE AGAINST TIME to stop this sinister plot in this exciting adventure!
CHALLENGING PUZZLES AND MIND-BENDING MINI-GAMES. It’s up to you to find the clues and put the pieces together.
OVER 20 LOCATIONS TO EXPLORE and over 200 Hidden Objects to find.