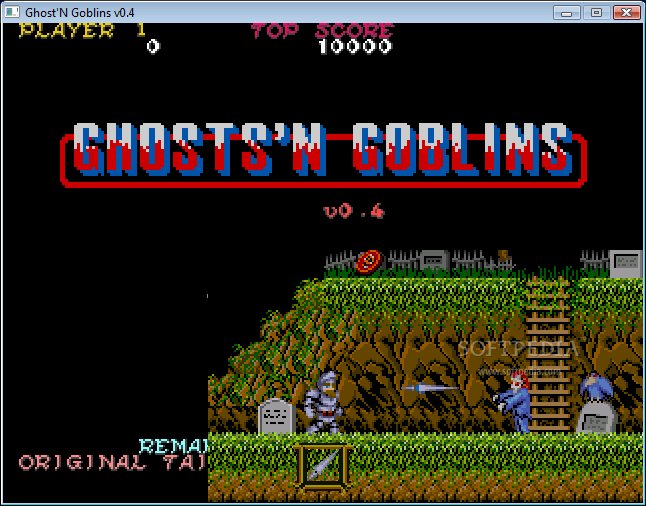 This winter, Capcom is bringing its classic arcade titles to the Nintendo Wii’s Virtual Console Arcade. As previewed at New York Comic Con, six titles will be released in all: SONSON, 1942, Ghosts’n Goblins, Black Tiger, EXED EXES, and Commando: Wolf of the Battlefield. These old-school classics will challenge and bemuse veteran gamers and introduce a new generation to Capcom’s arcade roots. All six titles will be available through the Virtual Console download service in both the US and Europe.

1942 – This classic vertically-scrolling shoot ’em up is perhaps Capcom’s finest moment in the pre-Street Fighter era. Spawning a million clones and re-appearing throughout the history of gaming, 1942’s biplane action needs no introduction. And now, for the first time on the Wii, the original and best version.

Black Tiger – Fight your way through colorful, action-packed levels in this 1987 arcade classic. Explore huge, sprawling levels as a powerful barbarian, seeking to defeat menacing bosses. Plus, upgrade your character with one of the first inventory and power-up systems ever built.

Commando: Wolf of the Battlefield – Experience the Capcom arcade game that spawned a multitude of clones as the original Commando comes to your living room courtesy of the Virtual Console Arcade. Take control of Super Joe and shoot your way—in all eight directions—towards the enemy’s territory, using grenades to wreak havoc with enemy placements in this seminal genre creator.

EXED EXES – A retro classic from Capcom’s arcade line-up in 1985, Exed Exes is a vertically-scrolling shooter that’s sure to bring back fond memories. Dodge bullets! Collect fruit! And go for high scores in the most furious sci-fi insectoid shoot ’em up ever made.

Ghosts ’n Goblins – Ghosts ‘n Goblins is a classic game that packs a heavy punch (and lance). Experience the smash arcade hit from 1985 as you help Arthur defeat hordes of monsters in his attempt to rescue the princess. The first (and possibly only) game in which taking a hit reduces you to your underwear.

SONSON – Experience the original adventures of the Monkey King in this action-packed side scrolling adventure. Rapidly switch between different levels of play to shoot dangerous enemies in the face! A truly original concept, this quirky, old skool arcade classic has been a rare find in the west since its arcade debut in 1984. Until now!