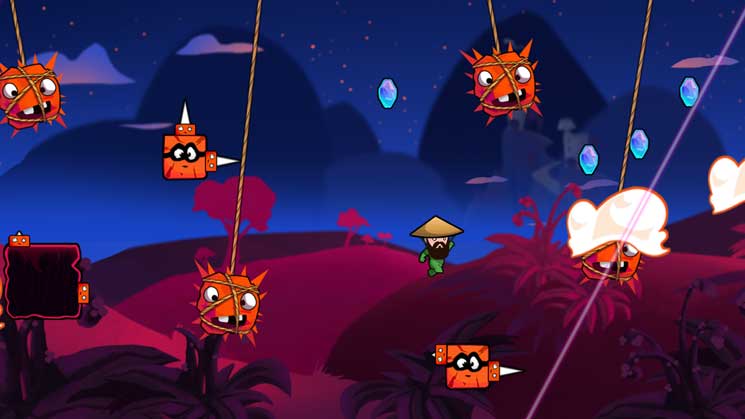 Who knew that an indie game would be the game that a majority of the Pure Nintendo team enjoyed the most on the E3 show floor.  Cloudberry Kingdom, developed by Pwnee Studios, surprised much of the team with difficult but fun levels and fantastic platforming action.

There is a lot to Cloudberry Kingdom even though it appears to be a rather simple game.  The main feature in the game are the randomly generated levels.  Levels in Arcade and Free Play mode are all randomly generated on the fly and there are no load times between levels.  Will players are playing within a level the next level is automatically being generated behind the scenes and is ready once the player progresses.

Do not let the graphical style of Cloudberry Kingdom fool you because the game is a ton of fun to play, especially with a group of friends.  Coudberry Kingdom will be enjoyed by many but I could see the most seasoned gamers enjoying this indie title the most.  Pwnee Studios has taken a very simple game mechanic and has turned it into an outstanding game.  Cloudberry Kingdom is a game that can be replayed for hours on the highest difficulty setting without letting up and players will still find themselves having a great time while playing.