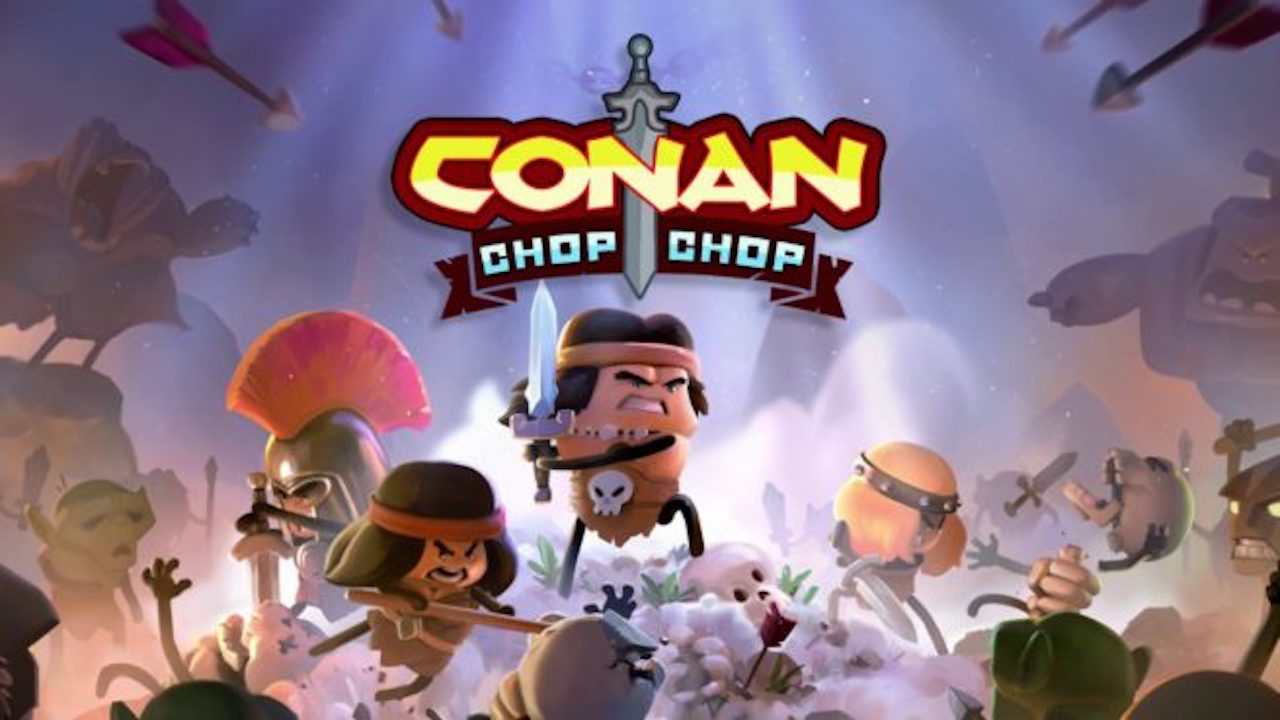 Conan Chop Chop, a roguelike action adventure game, has been announced for Nintendo Switch by publisher Funcom. The name might sound familiar to players’ of other consoles as it is set in the same universe of the beloved Conan Exiles. Conan Chop Chop will be releasing on September 3rd, 2019.

Here’s some additional information about the game, plus a trailer:

The treacherous wizard Thoth-Amon has devised a plan to resurrect the ancient evil that is Xaltotun. If he succeeds, he will condemn the world to an eternity of darkness and enslavement. Only you can stop him, but in order to do so you must use all your cunning. All your guile. You must summon all your courage and swordsmanship. You must … Chop Chop!

Conan Chop Chop is the most epic and realistic stick figure game ever to be set in the world of Conan the Barbarian, thus there will be an excessive amount of gore and flying limbs. Be warned that this may in turn lead to uncontrollable outbursts of joy and/or profanities, usually depending on which end of the sword you are on.

1-4 players
Play solo for the ultimate thrill of a rogue-like or have your buddies along with you in couch co-op mode.

Become Conan… or someone else!
All brawn, no brain? No worries! Choose between a diverse cast of badass warrior gods, and add weapons and items to match your style!

Embark on quests of pure epicness!
You are about to save the world! The merchants are still going to charge you for their wares, and some townsfolk may even pester you with tasks of their own. But fear not, some of them will make it worth your while.

Explore in every direction!
Brave the shifting sands of Koth, explore the dark woods in Darkwood, move valiantly through the searing land of Hyperborea and see the icy world of Vanaheim. Conan Chop Chop lets you explore to the left, right, up and down! A skilled player may even find himself jumping, dashing, or moving diagonally, resulting in the ultimate 3D experience.

Loot, loot and more loot!
Master the fine art of delicately bashing your enemies’ heads in with a broom and turning them into chop suey with a bastard sword. Conan Chop Chop contains a wide variety of different weapons, trinkets and legendary items, each suited to tailor any kind of violent playstyle you can think of.

Master astonishing combos!
Perform the breathtaking 360° spin-attack to crack skulls all around you. Dash forward with the speed of light. Swing your sword both longways and sideways in a game that will have you gasping for air as you struggle to grasp the pure awesomeness of your fighting moves.

Ruthless bosses!
Before facing Thoth-Amon, you must defeat bosses such as The Giant Sand Worm of Koth and The Frost Giant of Vanaheim, neither of which are particularly sympathetic to your cause. Instead, they will attempt to destroy you with killer moves like Lava Reflux, Tail Whip and Loogie Glob.

Infinite replayability!
Completely random maps and tons of weapons and abilities to try out ensure that every new game will be a whole new experience. You are bound to die more than once, but you can unlock new weapons that will be available for your next playthrough.

Does Conan Chop Chop interest you? Will you be picking this game up when it makes its debut in September? We’d love to hear your thoughts about all things Conan, in the comment section below or on our various social media pages. Be sure to keep checking our news section as we keep you up to date with all things Nintendo at E3 2019.