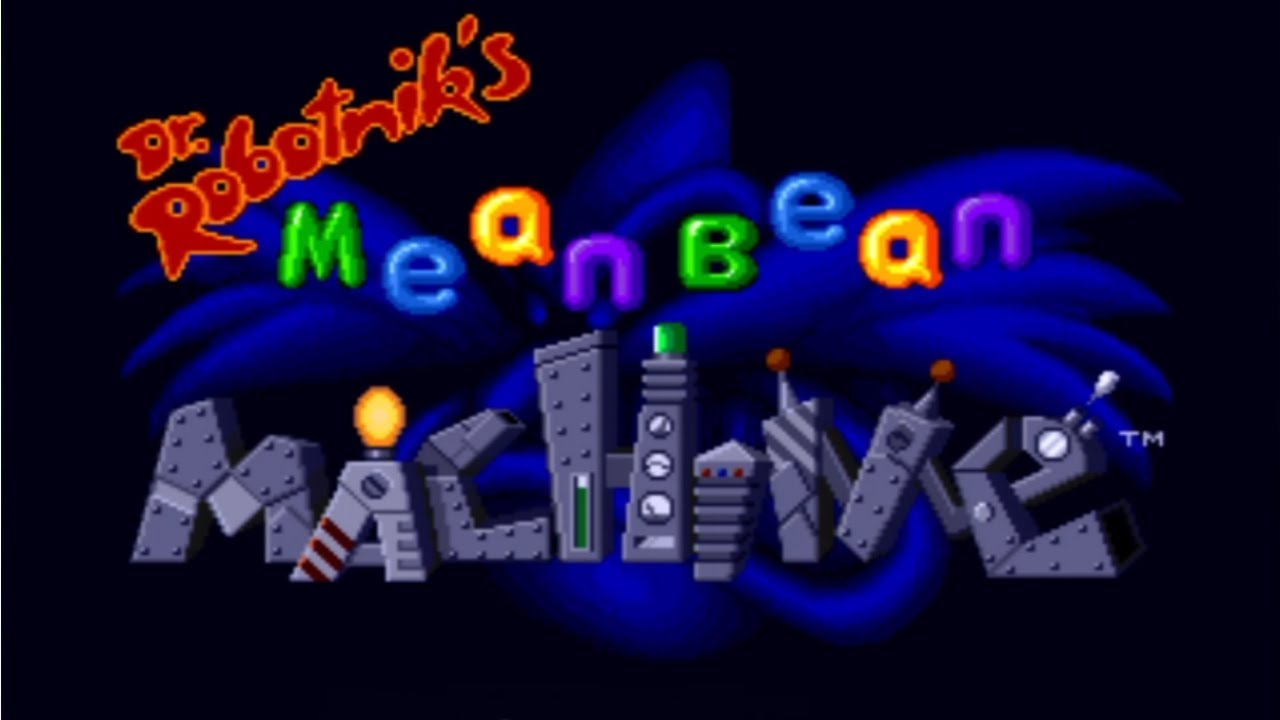 Everybody rejoice! Dr. Robotnik’s Mean Bean Machine has made it onto the 3DS virtual console. No, I’m serious. I’ve long been a fan of MBM on the Sega Genesis, and now, it’s Game Gear counterpart can be played in the palm of your hands, all without burning through 6 AA batteries!

Despite being a Sonic spin-off, you won’t see the brash blue rodent anywhere in the game. This time around, the series nemesis the evil Dr. Robotnik, or Eggman as he’s now more commonly known, takes the limelight. The plot of the game isn’t exactly Hollywood gold. You have been tasked with the objective of defeating Robotnik, as he looks to enslave the inhabitants of Beanville and transform them into his own robot henchmen using his high tech Mean Bean-Steaming Machine. Like I said, riveting stuff. 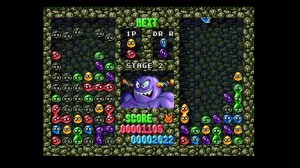 The gameplay of MBM is based on the Puyo-Puyo series of games and has the same addictive puzzle feel as Tetris or Dr. Mario. The screen is split vertically down the center, with the player controlling the left panel, whilst Robotnik’s android cronies controls the right. The beans (which look oddly like Dragon Quest Slimes) fall in coloured pairs from the top of the screen, and it is your job to match them in groups of four or more, thereby clearing them from your grid. It  sounds simple, but where the real challenge lies is in thinking at least one step ahead at all times. The aim is to fill the opponents screen with clear ‘Refugee Beans’ which are deposited on their grid every time the player makes a good chain reaction, so visualizing how the placement of the beans will cause the others to react, is constantly at the front of your mind. The refugee beans are removed by clearing adjacent beans. Managing reactions and bean placements can become increasingly challenging throughout each stage as the speed of the beans falling increases, and therefore so does the difficulty. In this game, as Sonic would tell us, you gotta go fast! Taking your time will definitely be your downfall. 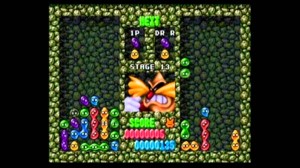 The Game Gear version includes 4 modes. In the main Scenario Mode you are presented with an overview of the stages, featuring Robotnik surrounded by his mechanical regiment (strangely reminiscent of the Mega Man games). Once one robot stage has been defeated, you move onto the next, each level becoming increasingly tricky, and occasionally adding more bean colours for you to sort out. The player goes through twelve badniks, some of whom will seem familiar from The Adventures of Sonic the Hedgehog animated series, such as Coconuts the monkey, and others who demonstrate Robotnik spent far more time hatching this plan than naming his robots. Take Arms for example, a robot with, you guessed it… arms. After defeating all twelve of the inventively named robots, the player takes on the evil professor in one final puzzle battle. The game maintains a high difficulty level throughout, and even beating the first stage is no breeze. This causes a great desire to stick with the game as the satisfaction of defeating the level is a reward in itself. I find myself sporadically returning to my 3DS throughout the day, determined to clear the next stage. Expect to use the restore point feature! The game never veers into obscene levels of difficulty though and after a few playthroughs it soon becomes easier to clear each stage. Other modes consist of Exercise Mode which lets you practice under a chosen difficulty, a handheld only Puzzle Mode which gives you specific criteria that you need to meet such as eliminating all red beans, and a multiplayer Gear to Gear Mode which allows two players who have both purchased the game to play together. 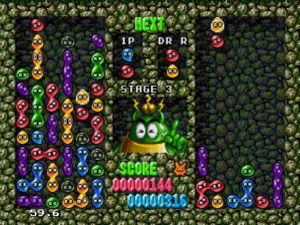 The Game Gear iteration of the Genesis original is extremely faithful and is only inferior in some of the graphical capabilities of its 16 bit equivalent. The robot portraits aren’t quite as animated as the console version, which is a shame because it’s always satisfying to see the badniks deteriorate as you gradually wear them down throughout the conflict. It also gives you greater motivation, and clearer indication of how close you are to success. Having said that, it is still a vibrant and attractive game that matches the quality of gameplay found in the Genesis original, a real accolade for an 8 bit handheld clone. It’s fair to say that the game does have its blemishes. Musically it lacks the quality of puzzlers such as Dr. Mario and you won’t find yourself humming the tune for days to come (I usually play with the volume off). Also, for a 3DS Virtual Console game, the absence of download play makes the multiplayer aspect more arduous than it needs to be. However, with the low price, this flaw can probably be overlooked, as it won’t cost two players a fortune to purchase a copy each.

Overall, for the price that is being asked on the eShop (only $2.99), MBM is more than worth the money. The game infuriates and appeases in equal balance and will be a true test of your wits and reflexes. It’s addictive gameplay is bound to keep you coming back again and again, determined to take one more stab at completion. If you don’t have one of the many, many other versions and re-releases of this classic Puzzler, add it to your virtual console library now and help put an end to Eggman’s ludicrous plan before he destroys Beanville once and for all. What a terrible prospect…