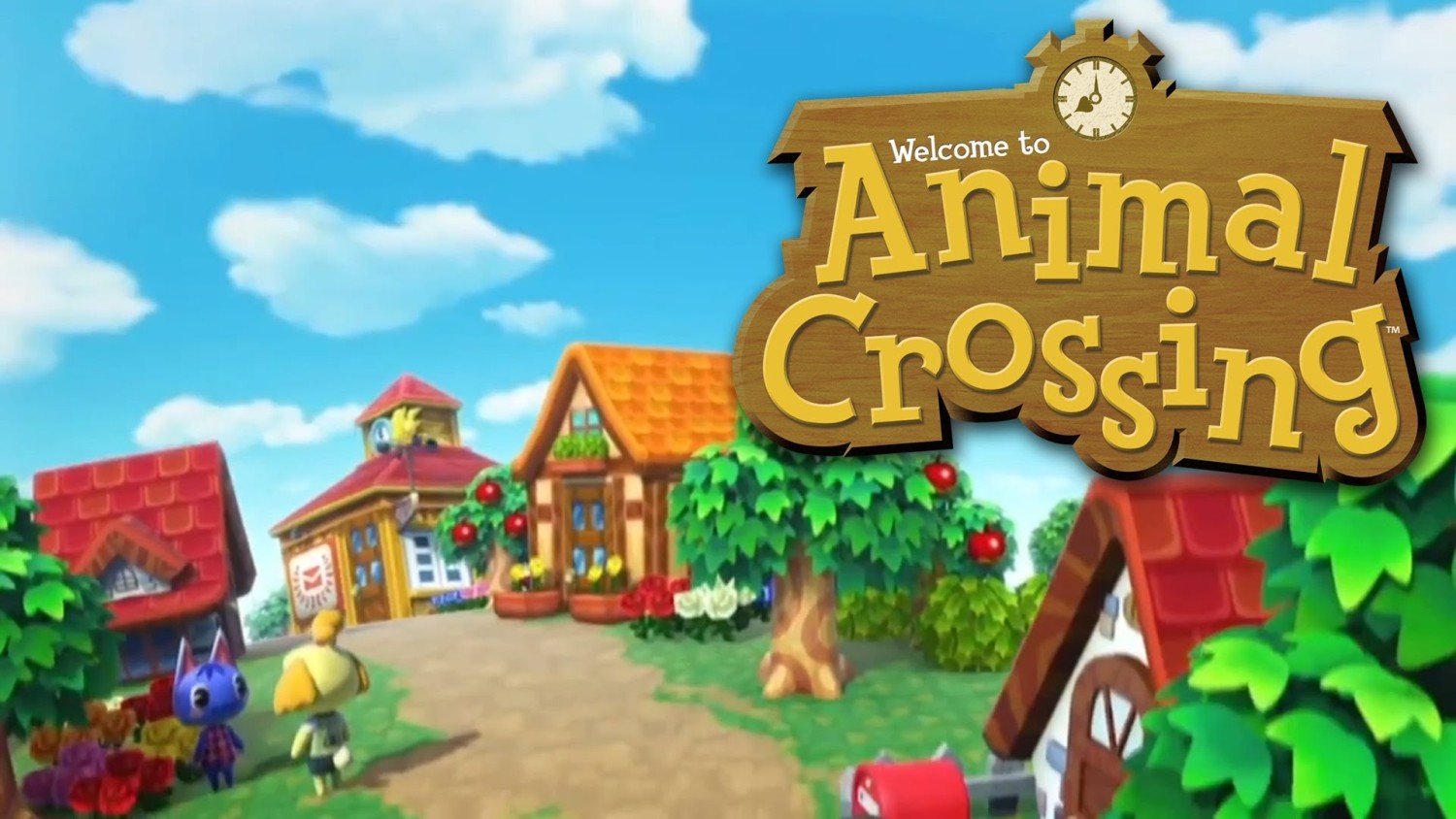 I imagine most people can remember the first time they played one of their favorite games—the elation of turning the console on and getting to spend a bit of time enjoying a world not your own.

I was 12-years-old and in the sixth grade, if you can believe that. Time has really flown by at a rate that would make even my villagers concerned. I was at my middle school library, which was not a bad one. I was introduced to several stories during that time, one being a copy of The Cay by Theodore Taylor. This book is when I discovered Animal Crossing.

I walked up to the librarian who was sitting at the counter, ready to check out my book. Awkwardly I fiddled with my small, pre-pubescent hands, while she tried to make polite conversation. After she was done she offered me a free bookmark before I headed back out with the rest of my class.

These bookmarks depicted a stout little humanoid with a house in the middle of a town full of animals walking on their hind legs and wearing clothes.

Luckily, I hadn’t gotten to Animal Farm in my schooling career just yet, otherwise my impression might have been a little different.

I distinctly remember seeing Pete and Pelly blushing at one another on the back with screenshots of the gameplay. (Just a little lie Nintendo told us before revealing his true affections for Phyllis—the greatest plot twist of all time.)

This world seemed adorably bubbly and new, and I remember carrying that bookmark safely home—tucked between the pages of my library book—and showing it to my parents, hoping they would let me rent it from Blockbuster. (I am seriously aging myself here)

Through all of the perky conversations, house remodels, letters, arguments with Resetti and—cough—Nook cheat codes, I found my favorite game.

The Animal Crossing series has evolved so much since 2001, even from its original Japanese game, Animal Forest.

And what I have always appreciated the most about the Nintendo developers working on the Animal Crossing series, is they don’t give us too much at once.

When you pick up the newest addition to the Animal Crossing franchise, there are just enough new features for it to be an exciting new experience, but not so many features that it feels like an entirely new game.

When Animal Crossing: Wild World came out in 2005, Nintendo capitalized on the idea of a multiplayer, online experience in gaming.

While the actual features of the multiplayer were limited, it gave players the chance to experience others’ towns without having to go physically visit a friend with memory card in hand.

The downside to this new step towards multiplayer was the reconfiguring of holidays.

Several national and cultural holidays were replaced on our calendars by filler events.

For me, these filler holidays and events grew old quickly.

Flea Market Day was a terrifying one—you couldn’t walk into your house for a second without a villager popping their head in to try and take your stuff.

La-Di-Day and Yay Day grew tiring. Not having Toy Day was depressing each December.

But some events that I haven’t seen since—Bright Nights and the Flower Fest—weren’t so bad.

In fact, Animal Crossing: Wild World was the first game to introduce the idea of gardening beyond just planting random flowers around town.

Your new tool was a watering can and the idea of decorating your town evolved, with the ability to lay down paths with designs.

But despite the spherical feel of the new map-style, taking away my island with my islander and hut, was a depressing move. And it didn’t go unnoticed by the stylistic, tactical ploy to try and make the town seem larger.

Time passes in real life, as it does in-game. As time moved on for us, those wild and world-y towns were abandoned by many for the Wii counterpart—Animal Crossing: City Folk.

(Or, if you’re from the UK or Australia, Animal Crossing: Let’s Go to the City.)

The year 2008 was a time to be alive! Animal Crossing was back on the big screen, and in a big way.

While the maps in the game were still relatively small, opening up a new area full of city life was a way of making our worlds feel less limited.

Even the insufferable Gracie got her own store, and as much as I hate that giraffe, her Sweets Series is poppin’ like a new Beyoncé album.

For those of us dedicated fans, that have our own blogs and websites devoted to our enjoyment of the game, not using horrible cellphone or camera pictures of our TV screen makes sharing our experiences a breeze. And it looks better, too.

And with multiplayer advancements with the Wii, we got our holidays back and still could do some international traveling.

City Folk brought us many great features, but as the novelty of the game wore off, players were crying for more—again.

Animal Crossing: New Leaf was more of a leap than a step in a new direction for the series.

Suddenly, your player was more than just a wordless guy or gal running around town with a shovel in hand like a maniac.

Who would have thought that I would grow up to be mayor?

No one can rock a purple hair bow wig the way that I do.

Along with more customizable features for your character, the idea of content creation hit a new level.

Instead of painstakingly recreating a design you saw online, now QR codes can be scanned and uploaded direct to your characters’ libraries.

That makes creations diligently done at the hands of some beautiful artiste with a fine-point stylus get recognition and exposure.

Even decorating your town has taken a whole new approach.

The ability to make your town whatever you want it to be has developed even further as mayor.

Public Works Projects that match the theme you’ve set forth can make your town yours and yours alone.

Developers even retained the idea of a city with Main Street, gave us back our island, and included an entire area for Streetpass homes.

But there is so much more that the game could offer that it still doesn’t.

We don’t want to sound ungrateful—Crossers understand just as much as any gamer that sometimes we can get restless and it may be too much for developers.

We just love this series and want to see it hit its fullest potential.

Across social media, players are all begging for Nintendo to hear their pleas.

So what is it that we want to see? Oh my! Would you look at the time?

Go home to your Gyroid, warm attic bed, or press the start button and select “Save.” We’ve got some resting to do before we embark on that journey.

Hey everyone! I'm a tech professional and freelance editor in the Seattle area. I hail from Atlanta, and I got my BA in English from Valdosta State University with an emphasis in journalism. My favorite Nintendo titles will forever include the Animal Crossing series, the Paper Mario series, Super Mario World, and anything Yoshi!
Comments
Submit a Comment