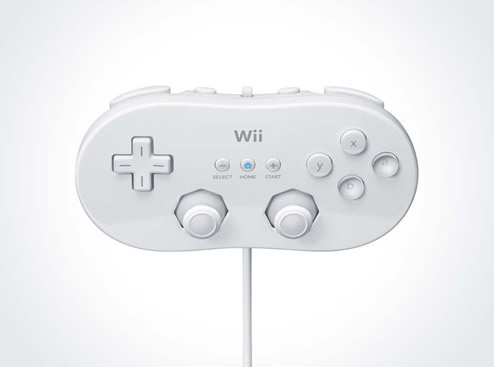 Yesterday, Sony announced various information about launch pricing, launch titles, and accessory pricing. The most interesting news tidbit to me was the announcement that PS3’s controller (SIXAXIS) will be retailing for $49. The thing that’s interesting about this is that Nintendo has been under some fire lately from fanboys over the wiimote ($39) and nunchuk ($19) pricing. Let’s take a closer look at each of the next-gen controllers so we can gain a better perspective on each of the controllers’ worth to us as gamers.

First, let’s take a look at Sony’s ‘SIXAXIS’ controller for their PLAYSTATION 3. The controller is very similar in design and construction to that of PS2’s Dual Shock controllers. However, the SIXAXIS is wireless and also contains a tilt sensor for ‘six’ degrees of motion-sensing–hence the name SIXAXIS. There is another big difference between the Dual Shock and the SIXAXIS–no rumble feature in the SIXAXIS. The rumble feature was removed because of “interference” between the motion-sensing and the rumble features(this is the official answer, but we all know the real reason is because of Sony’s history with Immersion ;). The controller will retail for $50 when it releases alongside the system on November 17, 2006.

Next, we’ll see what Microsoft has done with their Xbox 360 controller. Unlike Sony, Microsoft looked to improve their controller both ergonomically and in functinality. The 360 controller features a facelift of the buttons, the construction, and incorporates wireless as a standard. The controller retails now for $40 on amazon.

Finally, we come to Nintendo and their infamous ‘Wiimote’ and nunchuk attachment. Nintendo through convention out the door and designed a controller (if it can even be called that) very different than that of Sony’s and Microsoft’s offerings. Nintendo wanted a revolution in both design and functionality. Both the Wiimote and nunchuk feature full motion-sensing capabilities that mimic real-life movements. Although the Wiimote and nunchuk look simple, they both pack quite a bit of features. Rumble is incorporated as well as wireless transmission (wireless to the wiimote, then the nunchuk is connected to the wiimote with a wire–similar to that of a nunchuk). The Wiimote will retail for $40 and the nunchuk will be $20. There is also a “Classic controller” that will retail for $20. It is very similar in design and feel to that of ‘traditional’ controllers.

Now we know what each company is planning on bringing to the table in the next-generation, let’s see how their previous controllers were priced (prices as of October 20, 2006):

So what does this information tell us anyway? This tells us what each company has chosen as the ‘mass market’ price for their system. These prices are listed at the end of each of these consoles respective lifespans. They are the lowest the prices will get for these controllers before these systems are made obsolete by their successors (Xbox in a sense is already at that point since the 360 released last year).

And now that the next-generation controllers are almost upon us, it’s interesting to see people go back and forth on pricing when they haven’t looked at the facts. Let’s compare the ‘worth’ of each of the new controllers and I’ll let you decide for yourselves which is the best value for each respective system.

In conclusion, don’t go into an important and sometimes expensive buy if you don’t have the facts, especially when it comes to the controller. The controller is one of the most important parts of the system and can either enhance your gaming experience, or put a damper on your wallet./